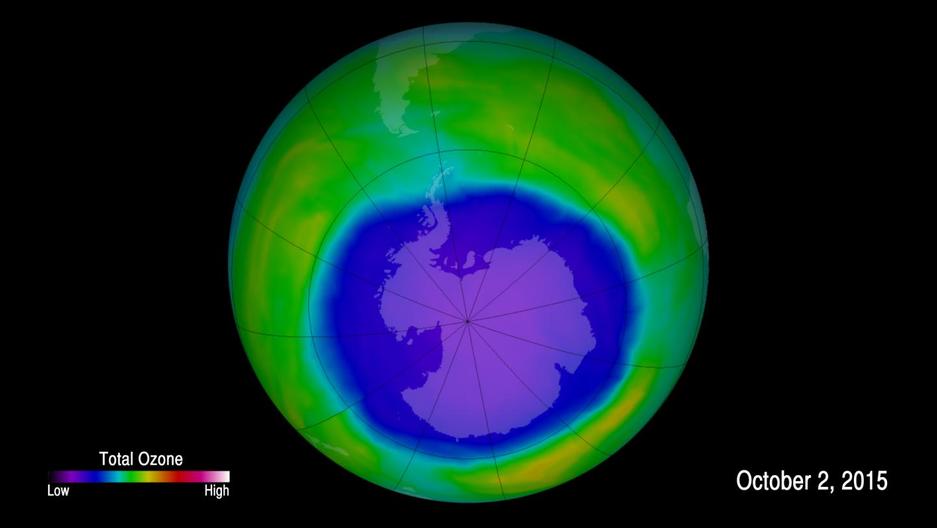 The presumptive republican presidential nominee thinks his hairspray just hasn’t been the same since manufacturers had to phase out the use of CFC-based propellants a generation ago to help restore the Earth’s protective ozone layer.

He also thinks using those chemicals in the privacy of his own home wouldn’t harm the ozone layer.

He’s wrong on both counts. New hairpsrays work just as well as the old ones. And CFCs made their way into the upper reaches of the atmosphere from wherever they were used.

“The ultraviolet (UV) radiation falling on mid-latitude cities like Washington, D.C., is strong enough to cause sunburn in just five minutes. DNA-mutating UV radiation is up 650 percent, with likely harmful effects on plants, animals and human skin cancer rates.”

That’s the result of a NASA simulation of life on earth in 2065 if 193 nations hadn’t agreed to ban ozone-depleting substances like CFCs, technically known as chlorofluorocarbons, which had widely been used as refrigerants and propellants in spray cans.

The 1987 Montreal Protocol began the phase-out of those chemicals, which scientists had demonstrated just a few years earlier destroy fragile UV-blocking ozone high up in the atmosphere. Now, almost 30 years later, scientists say the ozone layer is finally beginning to heal itself.

Rather than growing to cover the entire earth, researchers at MIT, the University of Leeds in the UK, and the US National Center for Atmospheric Research writing in the journal Science found that the average size of the annual Antarctic ozone hole each September has shrunk by more than 1.7 million square miles since 2000, and should heal completely sometime after 2050.

It's great news for, well, every living thing on Earth, although it isn’t entirely new news. We’d gotten reports a couple of years ago that the growth in the ozone hole had finally leveled off, a development I wrote about as part of a longer explainer of the history of the problem and our efforts to deal with it.

But it’s another reminder that when it comes to the big environmental problems we’ve created for ourselves, all hope is not lost.

Related: The latest news on the ozone layer shows we can solve big environmental problems