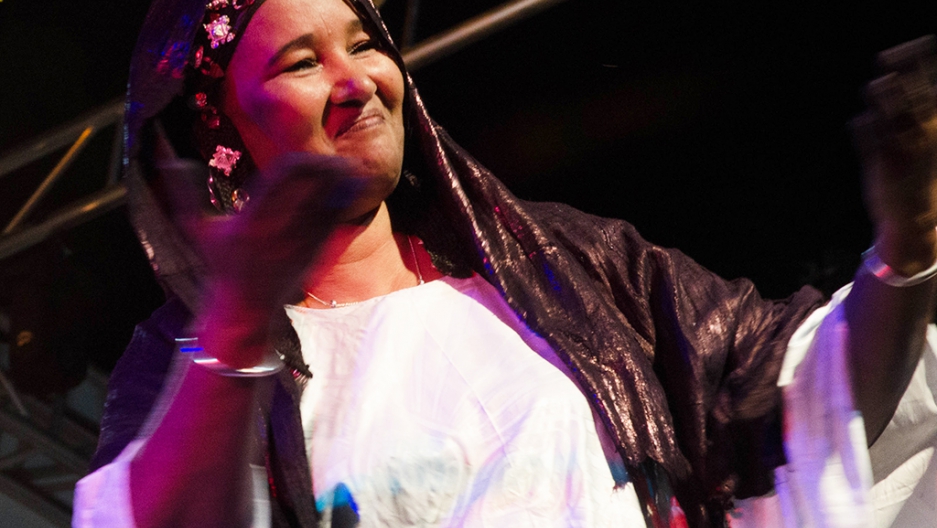 Fadimata Walet Oumar of the Tuareg musical group Tartit speaks at a townhall in Mali.

Mali has produced more internationally recognized musicians than any other country in Africa, and it has a long history of ethnic and religious tolerance.

Yet the country has been through a lot in recent years, and the arts have suffered immensely. In January 2012, just as the famous Festival in the Desert was wrapping up its twelfth edition in Timbuktu, there was a rebel uprising in the north, led by Tuareg fighters who had fled Libya after the fall of Muammar Gaddafi. The Tuareg people are nomads by tradition, and they’ve never been fully integrated into the nation-state of Mali. They rebelled in 1963 just after independence, again in 1992, and then again in 2006. 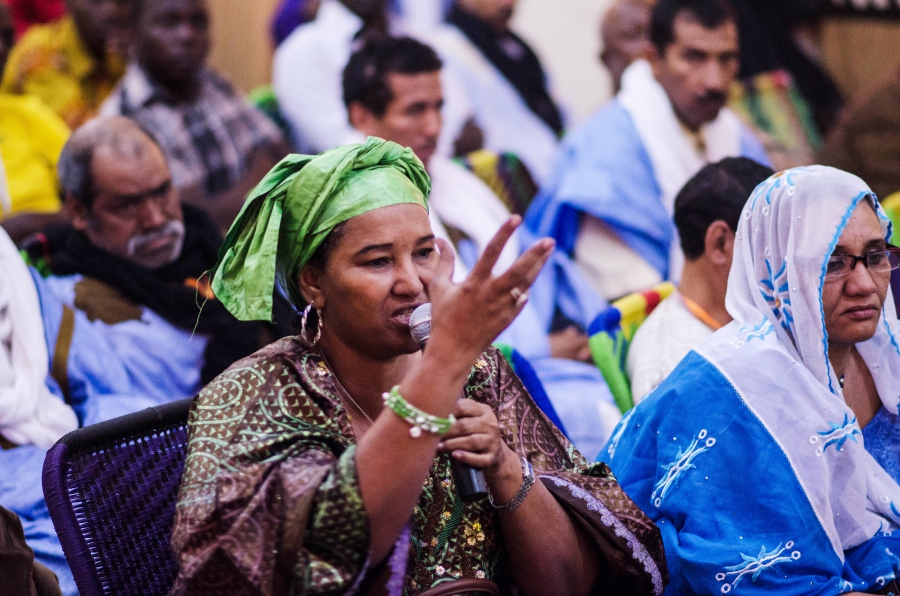 But the 2012 rebellion was different: It actually worked. The rebels quickly drove out the Malian army, setting the stage for a military coup d’etat in the capital, Bamako. After two decades of democracy the country was suddenly run by a military junta. Things really deteriorated when Islamist extremists, led by people from outside Mali, hijacked the rebellion and declared Sharia (Islamic law) across the north, banning music and visiting all sorts of oppression on women and anyone who dared criticize them.

Eight miserable months later, in January 2013, French military forces swept in, driving the occupiers out and re-establishing Mali’s national borders. There was a new election, and something like normality resumed.

The recent events have stirred up new tensions between north and south, between Tuareg and other ethnic groups. At a recent town hall meeting in Segou, Mali, these tensions came bubbling to the surface:

“Every time there is a problem, they chase me out from wherever I am, whether I am in Bamako, Timbuktu, Gao, Kidal. Why? Why this hatred among we Malians?” says singer Fadimata Walet Oumar of the Tuareg musical group Tartit. “Why do you do this to our women? I thought Mali was for all of us. If there's a rebellion, come and fight that rebellion, but leave the children alone. Leave the women alone.”

This is the third time in her life Oumar has been driven into exile. During the crisis, she lived in Burkina Faso, where she assisted Tuareg women in refugee camps.

Yet despite these painful moments, there are efforts to restore the sense of harmony in Mali. One example is the Caravan For Peace, an annual music tour, featuring artists from different ethnic groups of the north, all with the goal of promoting peace and reconciliation.

Hearing the fervent discussion in the city hall, and seeing the warm reception that musicians from the north received in that southern city of Segou, has to give one hope. A lot of history has gone down here, some of it very violent, but Mali survives, and the music continues to thrive, despite everything.

Editor’s note: This story is based on the first episode of Afropop Closeups, a new podcast from Afropop Worldwide, a PRI-distributed radio program that has shared stories and music from Africa and across the African diaspora for the past 27 years. In these indisputably turbulent times, it is increasingly important for the media to amplify the voices of people around the world who address and denounce violence and divisions by religion and ethnicity.

In Afropop Closeups, producers are giving voice to musicians, scholars and people across the world who are responding to extreme situations including violence, war and cultural oppression: from war-torn Goma, Democratic Republic of Congo, to South Africa’s #FeesMustFall movement, to Jamaica, Haiti, Trinidad and Cuba.

Listen on Soundcloud, or on the Afropop Worldwide podcast feed.