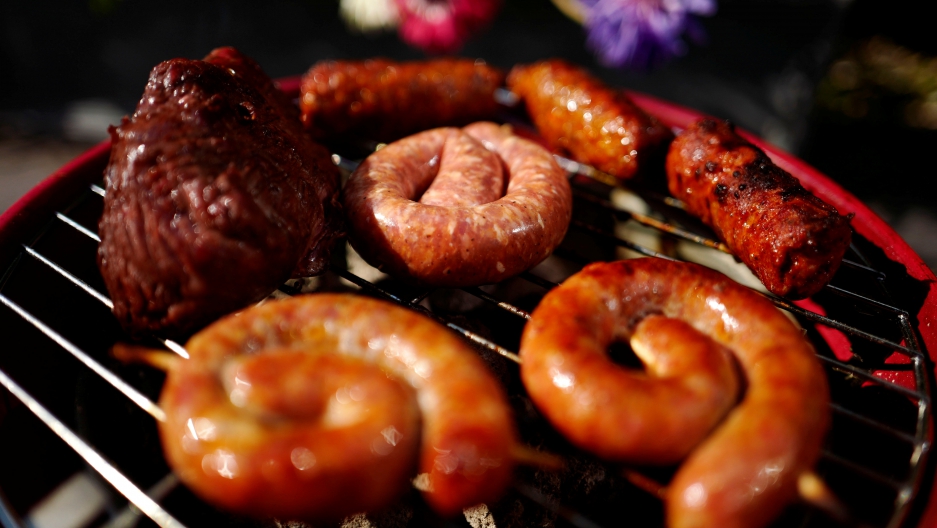 Sausages and meat grill on a charcoal barbecue in a garden in Hanau near Frankfurt, Germany, June 7, 2016.

What summer would be complete without some BBQ, especially on the Fourth of July? For many getting ready to grill, sausage is at the top of the shopping list.

But what's the story behind how sausages came to be — and where does the word sausage even come from? 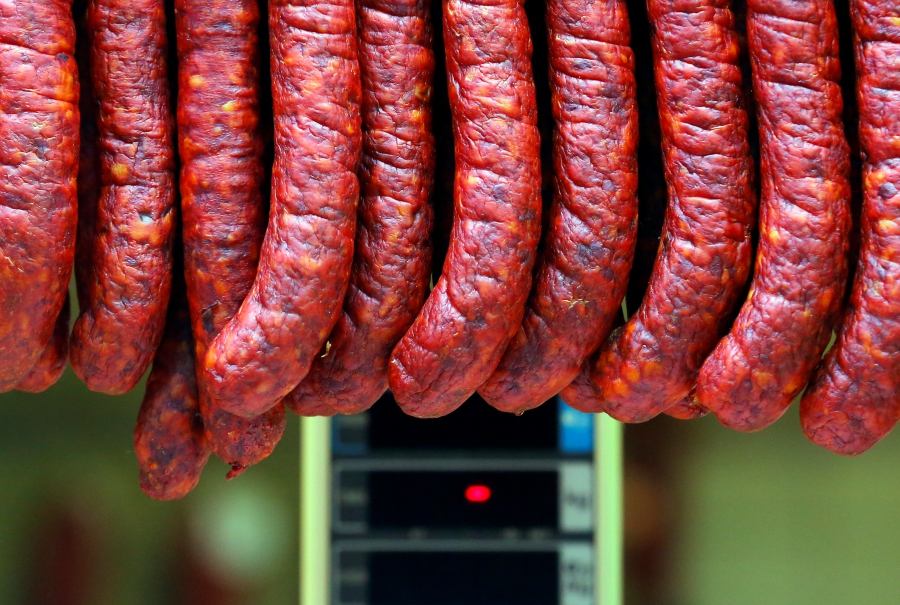 Sausages hanging at a vendor's stand at the Grand Market hall in Budapest, Hungary, May 15, 2016.

According to Linda Rodriguez McRobbie, the word sausage comes from the Latin word salsus, which means "salty" or "salted." That refers to how the meat is preserved. That word was later turned into the Old Northern French saussiche, which we can hear now in saucisson, French for sausage.

McRobbie says that texts as far back as the ones from the ancient Sumerians of Mesopotamia mentioned meat stuffed into intestinal casings. In fact, the historical record on sausages begins some 4,000 years ago.

The idea behind sausage is simple.

“Sausages are a wonderful solution to a problem that every culture would have faced,” explains McRobbie. “Sausages are a really good way to preserve food, to use all of the meat of the animal, to make bits of the animal that weren’t probably super edible, edible — and to make things really tasty.”