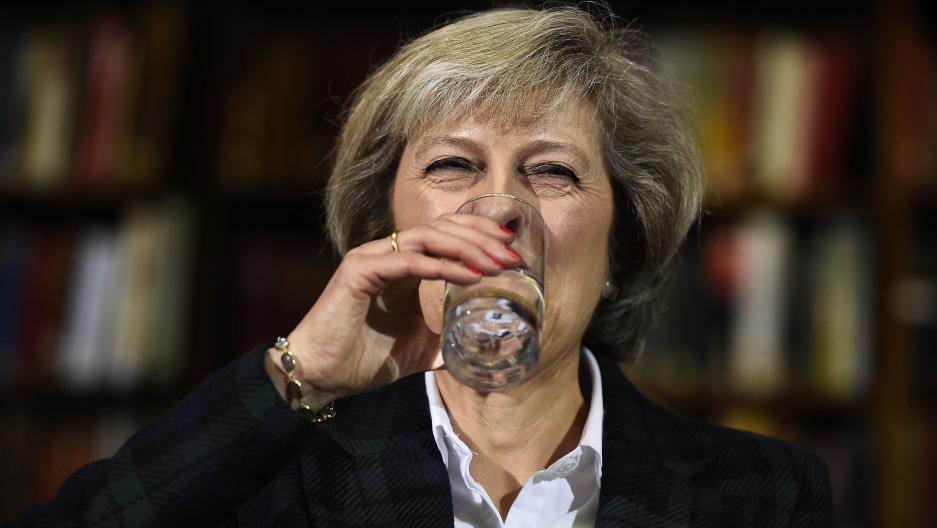 This past week, UK politics has been insane.

Yes, a week after Brexit, it's a mess. And it doesn't look like anyone is rushing to clean things up. At the London pubs, all anyone seems to talk about is the referendum to leave the EU.

"At the moment there just seems to be widespread panic and confusion," says Laurie Penny with the New Statesman in London. "Conversations are about this and nothing else. But the conversation has shifted in the past week to what is happening at the top of government."

Both the Conservative and Labour parties lack leadership. The Prime Minister is a lame duck. The opposition leader is trying to weather calls to resign. These are political parties that have been the masts of British politics for decades. Now, they're in a free fall.

"Nobody really knows who will be leading either of the parties tomorrow, let alone next week," Penny says.

She says all the infighting in politics is finding its way to the dinner table. "I know people who just don't want to talk to their parents," she says. "There have been huge divisions. Huge fights. Young people are telling their parents, 'You've sold out our future. You've ruined our country just in time for us to grow up.' There are people in the city being angry with people who live in the countryside."

But no one, it seems, is cleaning the problem up. If you look closely, Penny says, you see that it's almost all men who instigated Brexit and it's all women who are, or who will, be cleaning up the mess.

"As above, so below," says Penny. "I think it is women both in Parliament and in the broader country who will be shouldering a lot of the burden of cleaning up the mess. It's certainly been spoiled men in positions of power who have led the Brexit campaign in the service of their own careers."

Penny thinks it might be Theresa May, the home secretary, who will become the next Prime Minster. She has the support of many conservatives. But Penny says May doesn't have the support of everyone.

"One of the things that Theresa May is known for is a very harsh stance against immigration," says Penny. "She's been responsible for a huge crackdown against immigrants and a tightening of the rules against various types of immigration in the UK. So it's not going to be good news for ethnic minorities and non-British nationals."

So May might be the Thatcher only a few think Britain needs. Penny says you need to view it through a prism of chaos.

"Everything in Britain, honestly, is turned on its head. Nobody really knows what's going to happen next week," Penny says. "All we really know is that people on the ground are frightened. They don't know what their futures will look like. There's a lot of fear, a lot of anger going on, and different sections of society blaming each other. And we know it's not going to get better anytime quickly."

Editor's note: The headline on this story was edited from an earlier version for clarity.