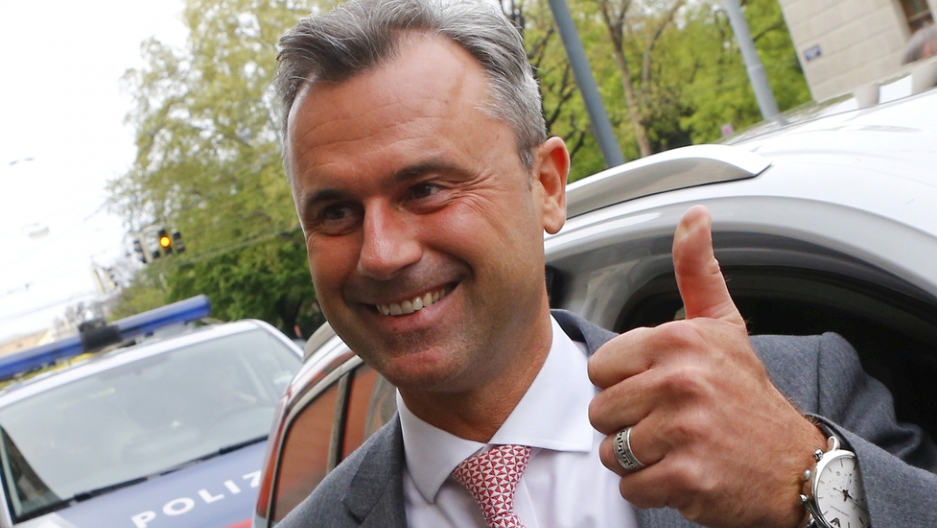 The Constitutional Court found no evidence of election fraud, but ruled that procedural irregularities were sufficiently widespread for the May 22 runoff — which saw Hofer of the Freedom Party (FPOe) lose by just 30,863 votes — to be held again.

"The decision I am announcing today has no winner and no loser, it has only one aim: to strengthen trust in the rule of law and democracy," the court's president Gerhart Holzinger said in an announcement live on national television.

"I am happy that the court has taken a difficult decision," Hofer said. Alexander Van der Bellen, the independent ecologist who won the election, said he was "very confident" he would triumph again.

Gun enthusiast Hofer came top in a first round of voting in April and preliminary results on the evening of the May 22 runoff against Van der Bellen, 72, put the 45-year-old narrowly ahead.

But after some 700,000 postal votes were counted, the Greens-backed Van der Bellen was declared the winner of the largely ceremonial post the next day, sparking relief among centrist parties in Austria and across Europe.

The FPOe, which is topping opinion polls ahead of the next scheduled general election in 2018 as it stokes concerns about immigration, launched a legal challenge on June 8 alleging "terrifying" irregularities.

After dozens of witnesses detailed what Interior Minister Wolfgang Sobotka called widespread "sloppiness", the court found that postal votes in 14 areas — or 78,000 votes — were opened too early or by unauthorised persons, and so could have been doctored.

The decision stops in its tracks Van der Bellen's planned inauguration on July 8. The new election will likely take place in September.

In the meantime, current President Heinz Fischer will still step down as planned and be replaced in the interim by three parliamentary officials — including Hofer, who promised Friday a "clear division" between this job and his campaign.

The ruling, which was not a big surprise, sets in motion what is likely to be a hard-fought and nail-biting new summer election battle. FPOe chief strategist Herbert Kickl vowed Friday that it "won't be boring".

Seen as the moderate face of the FPOe, Hofer focuses on issues like wanting more direct democracy rather than the record 90,000 asylum applications in Austria last year. But he still says Islam "has no place in Austria" and opposes gay marriage.

"I'm definitely going to vote for Van der Bellen again," hairdresser Daniel Huber, 26, told AFP. "I don't think the result will be any different. After the fiasco last time, people will make an effort to go out and vote."

It is possible that Britain's referendum decision on June 23 to leave the EU could also turn Austria's future membership into an election issue.

Echoing French far-right National Front leader Marine Le Pen, Hofer after the Brexit bombshell came out in favour of an Austrian referendum if the EU fails to reform enough "within a year".

Van der Bellen, a slightly dishevelled economics professor who used to be leader of the Greens, is staunchly pro-EU.

Political expert Hubert Sickinger said that if Hofer makes an EU exit a big issue, Van der Bellen would likely profit. "A solid majority in Austria is against leaving the EU," he told AFP.

Charles Lichfield from Eurasia Group said however that the FPOe "will now claim it is the victim of a conspiracy and use this to run a much noisier campaign than the mild-mannered Green candidate".

Frauke Petry, head of Alternative for Germany, one of many other populist groups on the rise, called the ruling a "big opportunity" for Hofer, while Le Pen said it was "very good news for patriots".