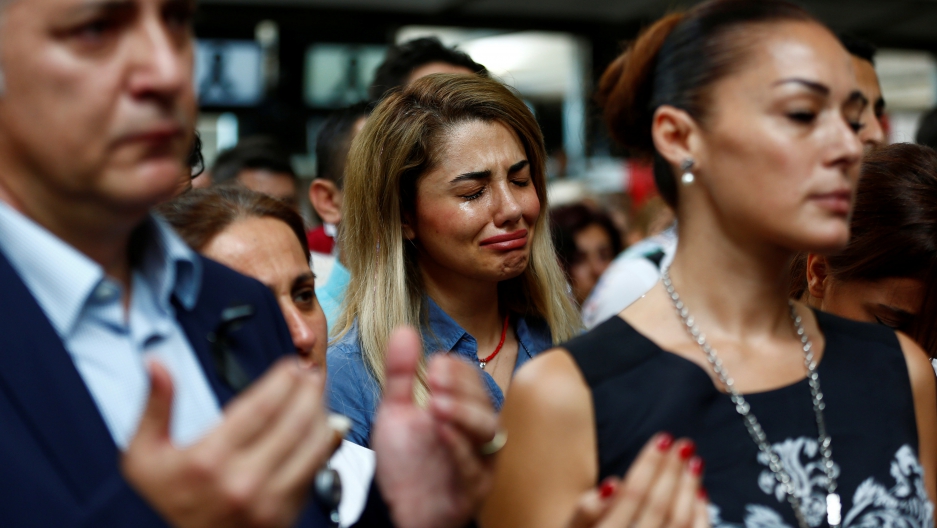 Airport employees mourn for their colleagues, who were killed in Tuesday's attack at the airport, during a ceremony at the international departure terminal of Ataturk Airport in Istanbul, Turkey, on June 30, 2016.

For many Turks living and working in the US, Turkey has been a blissful haven and a summer escape — a place for them to go unwind, satisfy their appetites with traditional Turkish delicacies and street food, shop for souvenirs at the Grand Bazaar, sunbathe in Bodrum and take strolls by the Bosphorus.

But now things are changing: Turkey has become a major target for ISIS and Kurdish militants, with multiple attacks in the past year, and some Turks have decided to stay away this summer.

For Safiye, a Turkish-American and recent graduate of NYU, this is the first summer she will be spending away from her homeland in the eight years she has been living in the US.

"Every summer — no exceptions — we go to Turkey and spend one or two months there, visiting family and vacationing," she says.

Over the years she has even invited her American friends, and they have toured the country together.

This year, her parents, who also live in the US, said no. "The country is unstable and we cannot take a risk with our lives,” Safiye’s father told their family.

Safiye and her sister were devastated.

"We called our family in Ankara, where we are from, and we complained about our parents not wanting to travel," she says. "I was surprised when my grandparents were not only supportive but they told us, ‘Don't come. Stay in the US. Maybe we’ll visit you there.' That's when I understood how serious the situation is."

“There is an overall feeling that the country is not secure anymore. We had that feeling when we visited Turkey last summer as well,” Safiye says.

The 10 attacks carried out by ISIS and Kurdish separatist groups that killed more than 260 people in the past year have proven that. And there are reasons to be fearful in Turkey besides terrorism. Safiye, who preferred not to disclose her last name, is careful when speaking about the Turkish government, particularly on social media.

"People in Turkey who are frank about the political process, or who criticize the government on social media or out in the public are being jailed. This is a serious concern, so I don’t really want to take the chance and put my name out there,” Safiye says. “The government is becoming more and more authoritarian. I am not precisely optimistic about the future of Turkey but I want to stay hopeful and positive. Most people in Turkey have lost hope in the democratization process and the EU initiation.”

When she first heard about the attacks at Ataturk International Airport in Istanbul on Tuesday, she was with a few of her Turkish friends in New York City. "We immediately began to receive notifications on WhatsApp and on Twitter and suddenly a couple hours later, the Turkish government blocked social media channels and that made us really nervous about what was going on," she says.

Safiye says the attack also raises questions about the ability of the Turkish government to combat terrorism and keep its population safe.

“The airport is supposed to be one of the most secure places in Istanbul," she says. "The fact that this attack happened at the airport means that the Turkish government is vulnerable in protecting its citizens, and the intelligent services aren’t functioning properly, and they are clearly not doing their jobs. So in terms of keeping the country safe, they have not been successful.”

The overall outlook for Turkey is worrying, in Safiye's view.

“Turkey has the worst geopolitical environment. We have had millions of refugees coming in. We have the Kurdish problem, and problems with our neighboring countries. I don’t think we are headed in the right direction, but I think the recent news about Turkey normalizing relations with Israel and Russia — these are good steps towards fixing our foreign policy,” Safiye says.

"It is the holy month of Ramadan and it’s really sad," she says. "We are shocked, horrified and feeling very vulnerable. My heart is broken. It’s really hard. I want make sure my family and friends in Turkey are safe.”