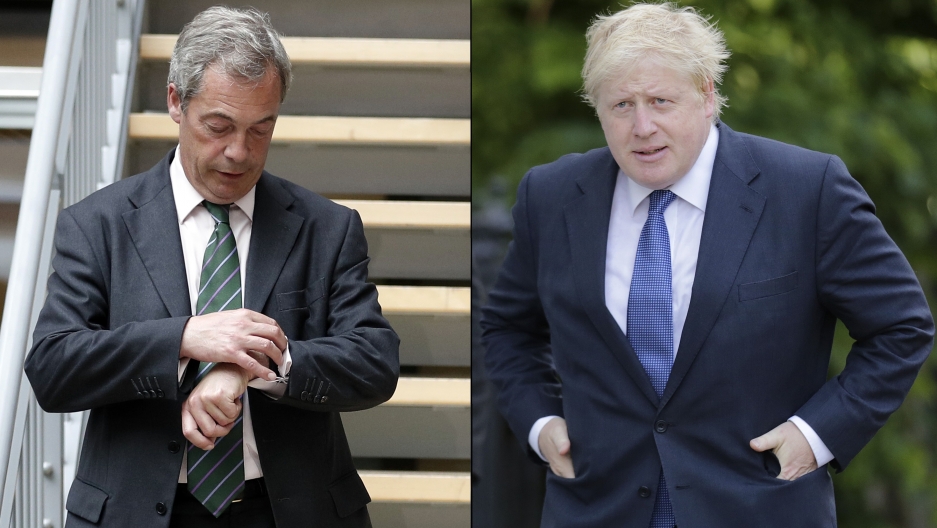 Nigel Farage (left) checks his watch during the first EU Summit in Brussels after the Brexit vote. Boris Johnson (right) leave his home in London. June 28, 2016.

If you have been following the Brexit debate, there are probably a couple of names that you've heard a lot.

Two people arguably had the biggest influence in pulling off Britain’s decision to leave the European Union. One is Nigel Farage. The other is Boris Johnson.

Farage started the serious conversation about Brexit by gradually turning it into a big issue with the British public. Johnson pretty much put it to rest last week by effectively leading the campaign that has finally secured it.

And now that they have won, we'll probably be hearing a lot more from both of them.

But who are Nigel and Boris? Where did they come from and what is driving them?

Nigel Farage has been campaigning for Britain to leave the EU for more than 20 years. He was a founding member of the UK Independence Party and has been its leader since 2006. During this time he has brought his party and its mission into the mainstream of British politics.

“He is probably the most important single issue campaigner in recent British political history,” said Helen Lewis, deputy editor of the New Statesman. “He has basically had one mission in life: to make Britain leave the European Union. On Friday he got that wish.”

Farage left school at the age of 16 and didn’t attend university. He worked in London as a commodities trader.

“His big thing in politics has been the idea that the three main parties have all had the same attitudes, for example [on] immigration. He thinks there is a consensus that he is there to break. I think the result on Friday probably vindicated that view.” 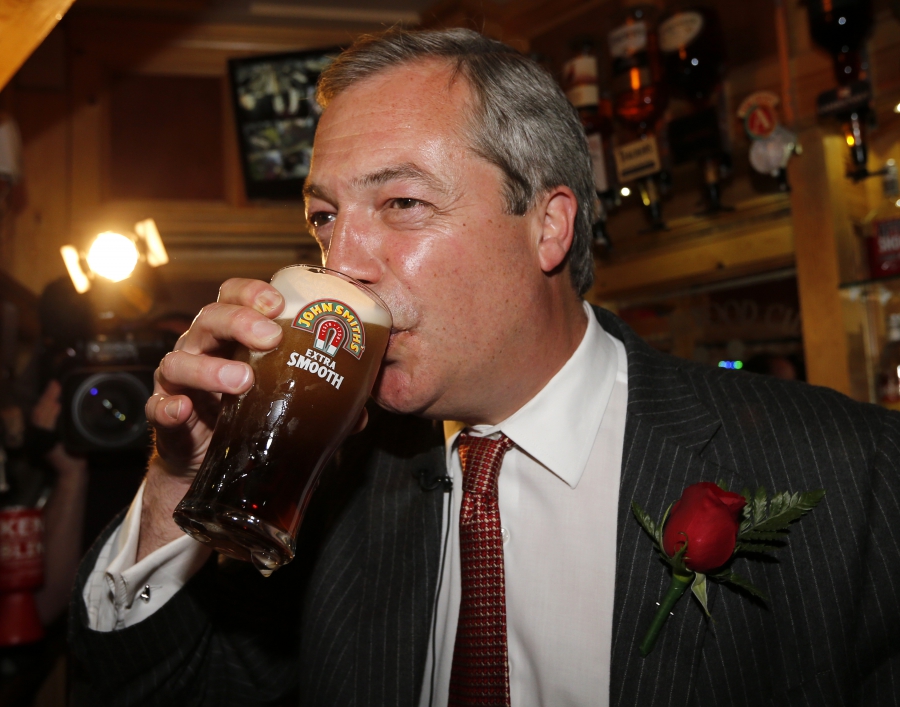 Farage has always been considered a divisive figure by the British public. He has been called a “15-percent politician” — meaning that he will always only be supported by a minority. According to Lewis, he will never form a majority government and will never be able to “break past a certain point.”

“For all the people who absolutely love him, who think he is a plainspoken truth-teller, sticking it to the establishment, there are a lot of people who find him a ‘golf club bore.’ He is very proud of the amount that he drinks and smokes. He is quite ‘blokey.’ Some people love that and other people hate it.”

Farage was back in the EU Parliament this week, 17 years after his first appearance there. Jean-Claude Juncker, the European Commission president, asked him why he had bothered to turn up, now that he's gotten what he always wanted.

And it was a fair question. Farage has always been a single-issue politician — a very successful one. It is as yet unclear where he will go from here.

The buzz around Boris Johnson has long been that he's the odds-on favorite to be the next prime minister, following fellow Conservative Party member David Cameron's resignation. Until Thursday, that is. The latest whiplash from London is that Johnson said he will not run for the seat. That's a surprise. Many people had speculated the top (non-royal) government job was something Johnson wanted for a long time.

Johnson, like Farage, was a very prominent campaigner for Brexit. And some commentators expect he will benefit from the decision politically.

But his commitment to the cause was much more recently found.

“He is a journalist at his heart,” said Lewis. “Notoriously when he was thinking about whether or not to back leaving the EU, having previously supported remaining, he wrote two newspaper columns ... one for each side of the argument. He found the 'leave' article most convincing and that’s the side he picked.”

His perceived switcheroo was seen as a betrayal of a former mate, Prime Minister Cameron, who advocated for the UK to vote "remain."

Another difference between Johnson and Farage is their educational background. Johnson attended Eton College, the most prestigious school in the UK, and then went on to Oxford University.

During his student years he was a member of the Bullingdon Club — an elite drinking society — at the same time as Cameron.

“There have been lots of wry jokes about how power in Britain has shifted between two people who have known each other since school,” said Lewis, prior to Johnson's surprise announcement of dropping out of the contest for prime minister. “So this is not quite the establishment shakedown happening in Britain that you might think.”

In the days following his victory in the EU referendum, Johnson has been rather quiet and contemplative. Lewis says that he has adopted a “sober and statesman-like guise."

“This is very interesting for us,” Lewis said. “We’ve known him for quite a long time as a slightly clownish figure. He got stuck on a zip-wire. He made a strange speech at the end of the Beijing Olympics about how 'whiff-whaff' — most people would call it ping pong — is coming home and is really a British sport.”

“I think comparisons with Donald Trump are slightly overblown, although they both have a lot of blond hair and change their positions all the time.”

But there is one major similarity, says Lewis.

“He is somebody that nobody used to take seriously. Now they have to.”