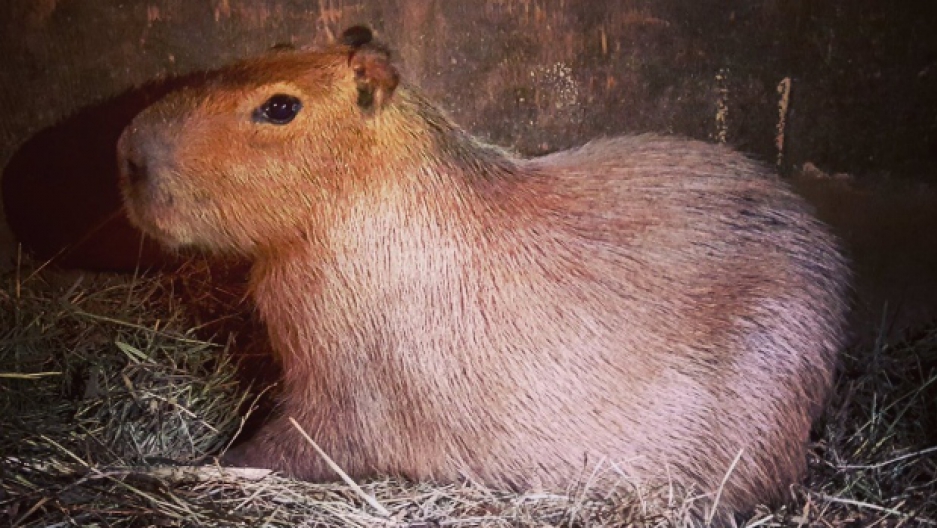 They've been called Toronto's Bonnie and Clyde. Except they are rodents — giant rodents.

Two capybaras made an audacious escape from Toronto’s High Park Zoo on May 24. And the pair was spotted repeatedly by pedestrians in the park.

@HPcapybara Stay free #Capybara, stay free. This is how your legend will grow. #topoli pic.twitter.com/f3JADsO870

Capybaras are the largest species of rodent in the world, indigenous to South America.

“They are herbivores, they are very shy and timid,” explains Megan Price, spokesperson for the Toronto Parks Department.

“We started out sort of trying to lure them back to the pen at the zoo," says Price. "You know, playing capybara noises and putting some food out, and we had staff kind of staked out in a truck the first night. But after the first few nights, it was obvious that they weren’t going to be coming back to the scene of the crime.”

Eventually, the pair were found in the park.

One of the capybaras was captured earlier this month, but the second one remained on the lam until Tuesday morning.

Thanks to our dedicated Parks staff who never gave up, brought capys home safe and healthy. #CapybaraWatch #TOpoli pic.twitter.com/dKn1vukEvZ

But their legend lives on.

The pair are now back in their pen, which is a good thing, according to Price. “It was going around on social media for a while you know ‘stay free capybaras,’ but I think people realized that ultimately if we didn’t catch them that they wouldn’t have survived the winter here.”

After being on the lam for five weeks, both capybaras have been safely returned to the @HighParkZoo. #CapybaraWatch pic.twitter.com/N7YNhsuIHl

“I think people overall are relieved and happy that they’ve been brought back home," says Price.