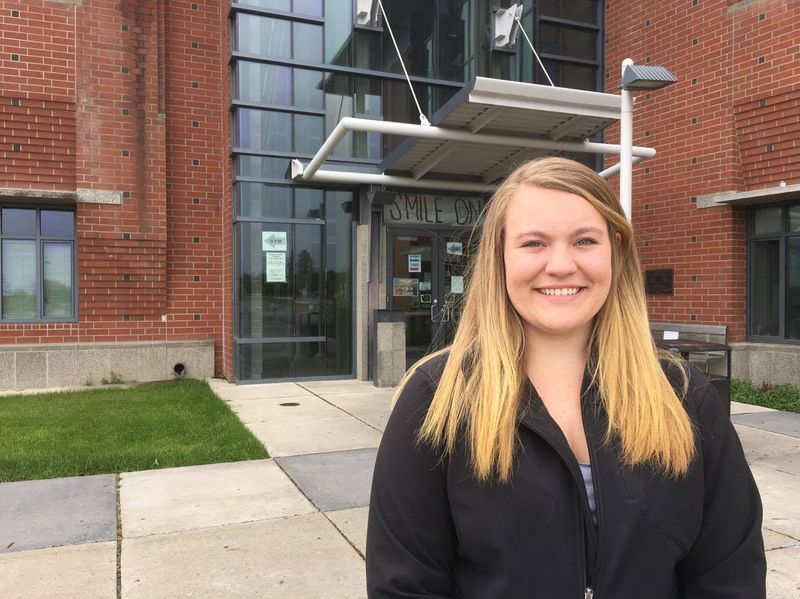 Spokane, in southeastern Washington, is where hip-hop artist Macklemore led a parade of dancing people and rode a moose-covered two-wheeler in his music video “Downtown.” But there’s another reason Spokane should catch your eye.

Back in 2006, the high school dropout rate in Spokane County was 25.6 percent. At the same time, Washington's dropout rate was just 5.5 percent. The troubling statistics out of Spokane inspired the community to take action, and a decade later, thee is a lasting impact in places like Central Valley High School.

Central Valley High School is a part of the Central Valley School District. Destiny DeHamer, 20, graduated from the school in 2014. By that time, the county dropout rate decreased drastically to 10.2 percent.

When DeHamer walks the hallways of her old high school, she smiles nostalgically with each step she takes.

“It feels like I grew up here,” DeHamer says. “I don’t know how to describe that, really, but it definitely feels like a part of me is still here.”

McDonald Elementary is another Central Valley school. Melissa “Missy” Scott is a counselor there.

“It’s a really caring environment, and I think that there is a focus on the whole child,” Scott says. “We’ve done a lot of research in regard to what things need to be in place to support students and families, so that they can be successful and just learn as much as they can.”

Scott says some of those steps include creating a truancy board to help students stay in school and a proactive student intervention team.

Data from Spokane released in 2012 showed a correlation between parental education levels and child poverty levels. The higher the level of education a parent received, the lower the likelihood of their child’s poverty.

The correlation between these data points is something that Aaron Dahlgren, a third grade teacher at McDonald Elementary, has thought about a lot.

“Since we have such a high level of students that come from low socioeconomic status, we’ve had book studies or professional development on working with children that come from backgrounds of poverty,” Dahlgren says.

His whole teaching career has been inside Title I schools, like McDonald Elementary, that aim to close gaps between students, regardless of socioeconomic status. Dahlgren says getting to understand who the students are is key in being able to help them.

“At the classroom level it starts with the relationship,” he says. “It starts on the very first day of school. ... So many teachers here at our school go to baseball games, dance recitals, or whatever the kids have going on outside of school just to build that relationship and find something that we can get in common with them.”

At Central Valley High School, Stanley Chalich has spent 48 years doing just that. He builds relationships with students through the sports he coaches and in the classroom, where his main subject is civics.

DeHamer had him for psychology her sophomore year and civics during senior year. Chalich recalls his former student and describes DeHamer as a “very nice kid” and “a fantastic girl.” Not only does Chalich know the students, he even remembers things about their families, like how DeHamer’s grandpa was head custodian at the school.

Those details are what’s kept Chalich passionate about being in the classroom.

“I think that the care and the time the teachers put in was most definitely one of the reasons that I excelled here,” DeHamer says. “Because if they didn’t care, then why should I care?”

DeHamer says the whole student approach helped her reach her goals. She’s now starting her third quarter at Spokane Community College and plans to transfer to a four-year university.