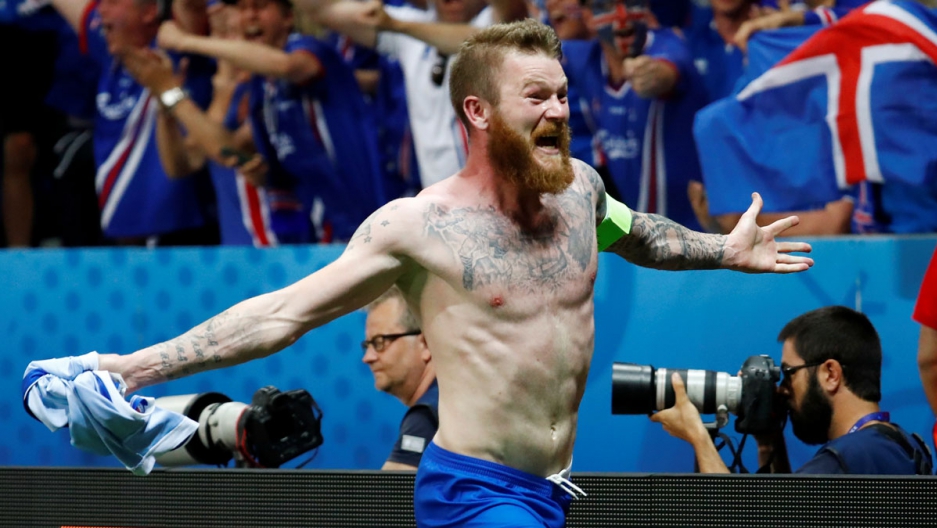 Iceland's Aron Gunnarsson celebrates after the the Euro 2016 — Round of 16 game against England in Nice, France.

The head scratching in England reached another layer Monday night. Iceland took on England in the Euro 2016 soccer tournament Monday and the nation ranked 34th in the world handed the Brits an "embarrassing" 2-1 defeat.

It's Britain's second exit from a European affair in the past week after UK voters chose to leave the European Union — a result that seemed to catch many by surprise. 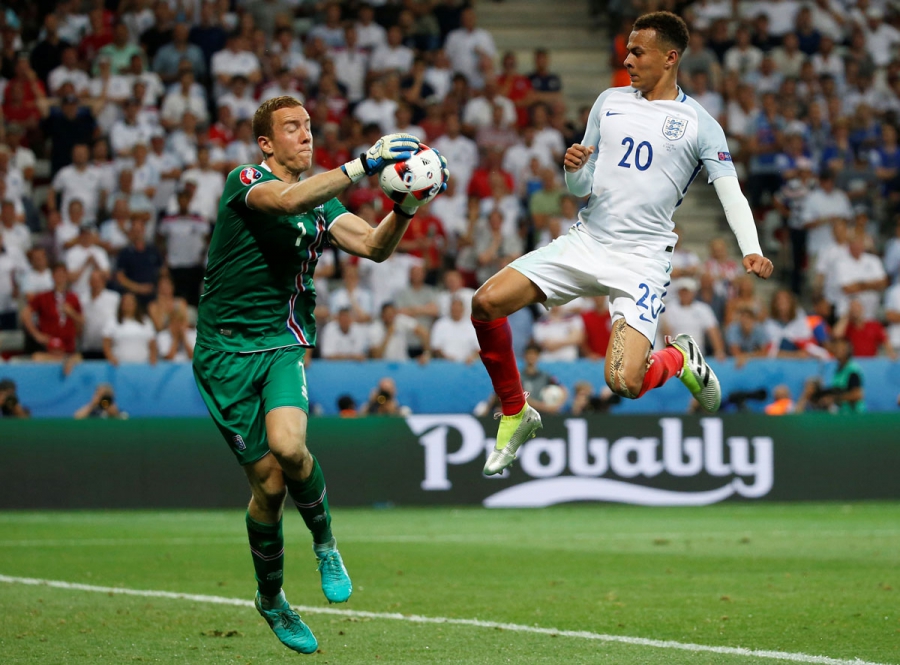 Commentators were quick to call England's Euro 2016 loss "humiliating" and put the game among the more infamous results in the national team's history — comparing it to the 1950 World Cup defeat at the hands of the United States.

The head-turning loss might also be considered a David and Goliath story, considering Iceland's small population of just 330,000 — roughly the size of England coach Roy Hodgson's home town of Croydon. 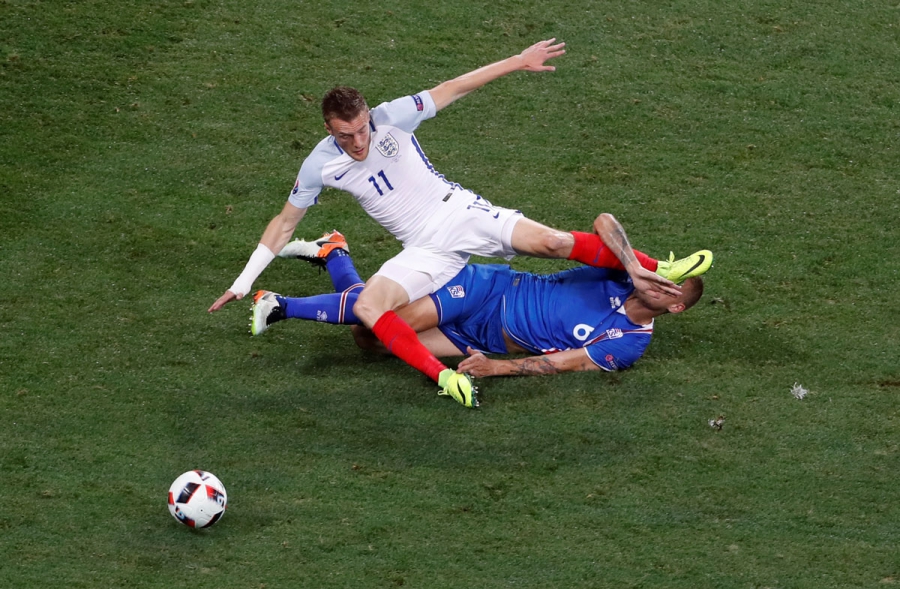 While Iceland will be remembered for its superb and certainly brave show of force, the fallout for the English National Team has already resulted in the resignation of Hodgson.

"I'm sorry it will have to end this way but these things happen," Hodgson said.

Here's some of the memorable images from a game that will be remembered for some time to come. 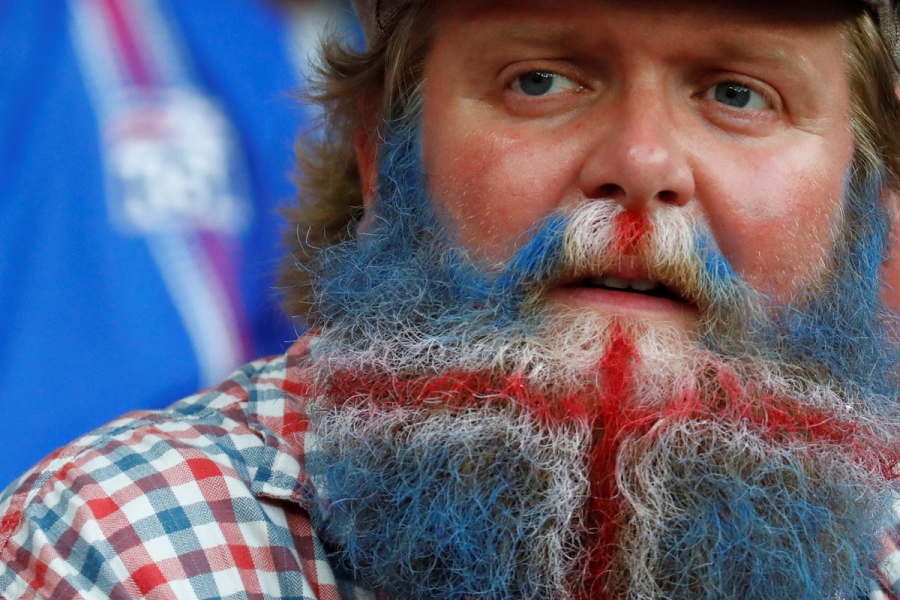 An Iceland fan before the game. 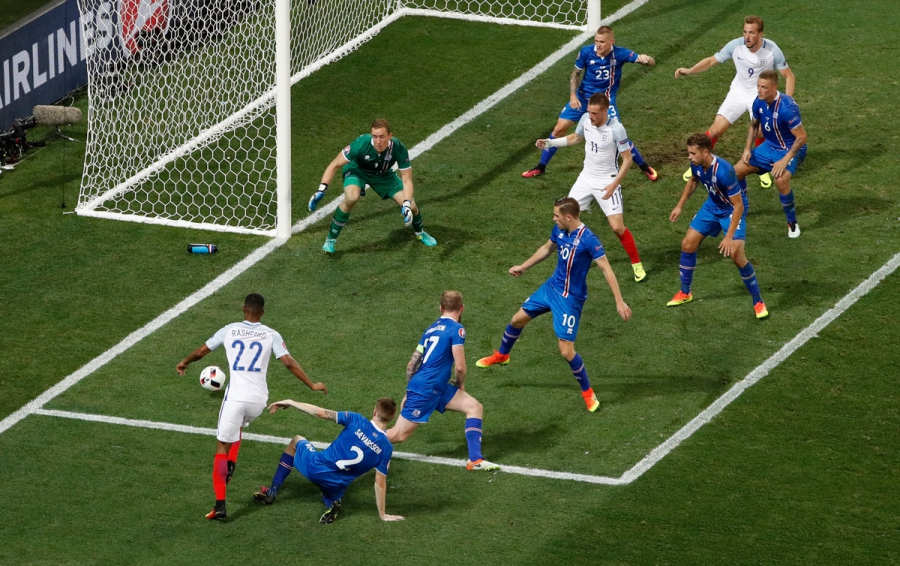 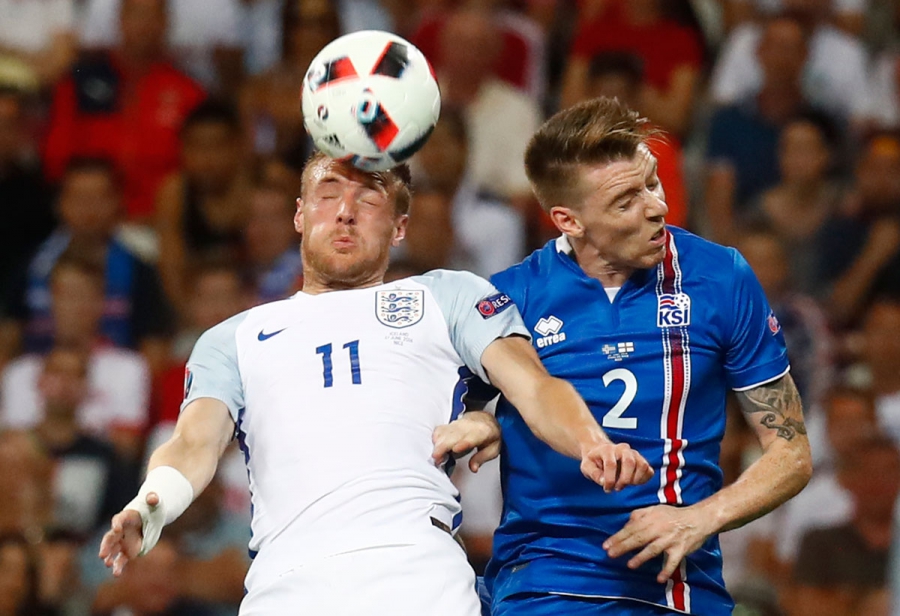 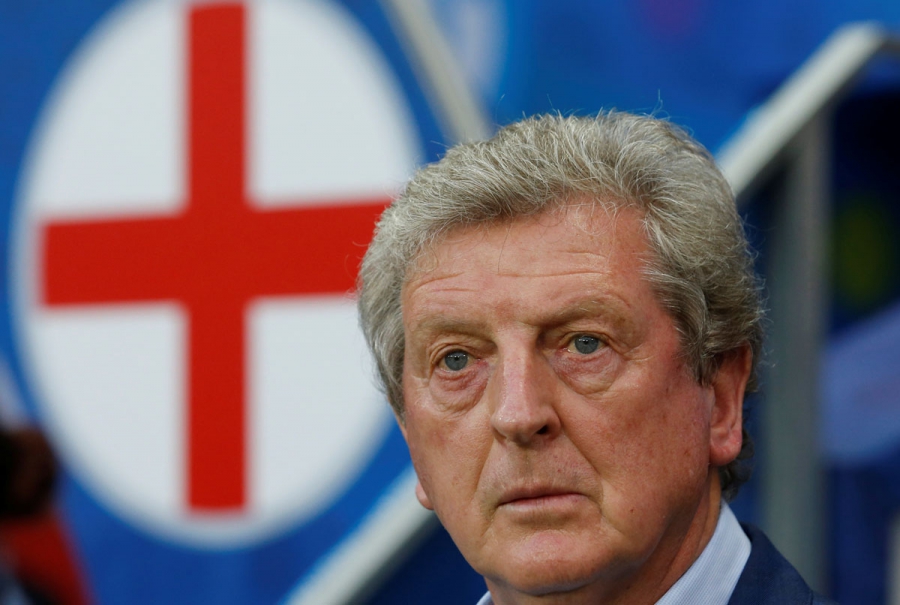 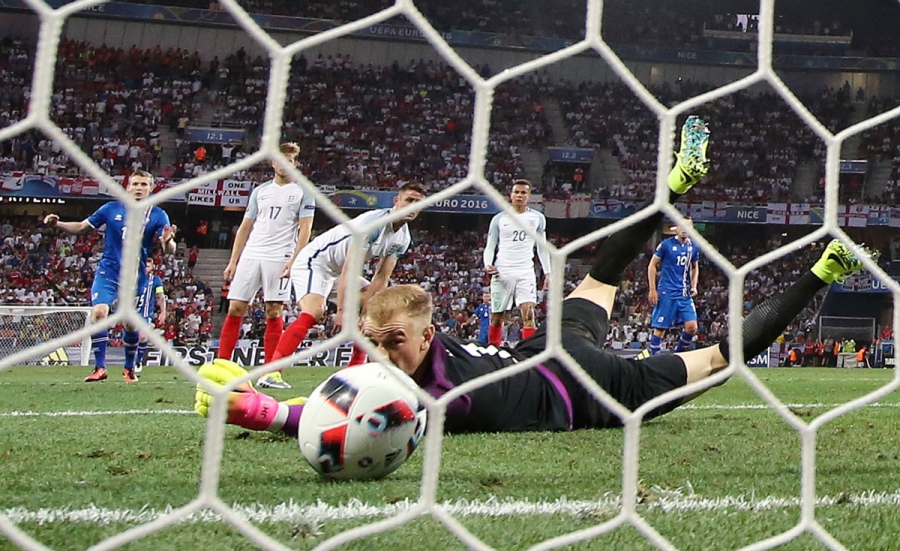 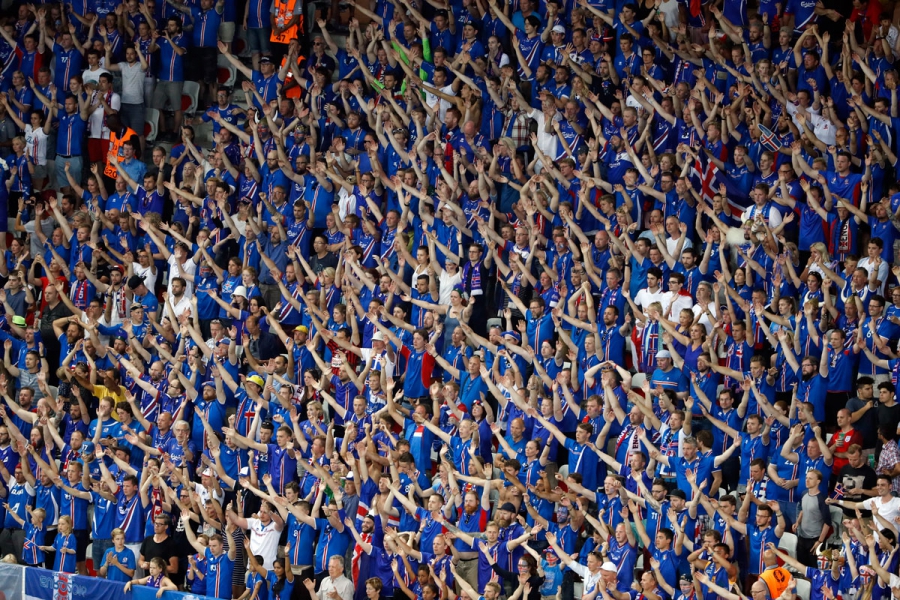 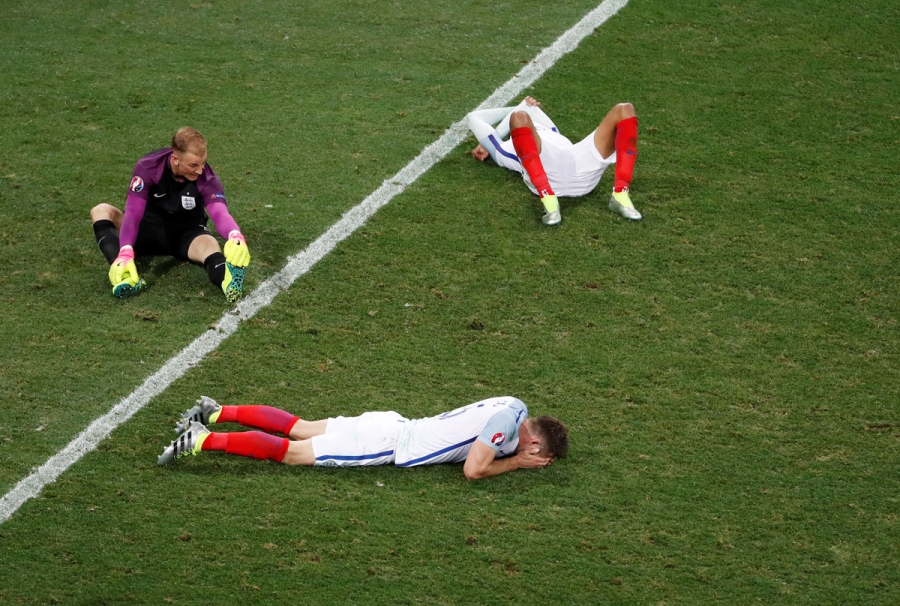 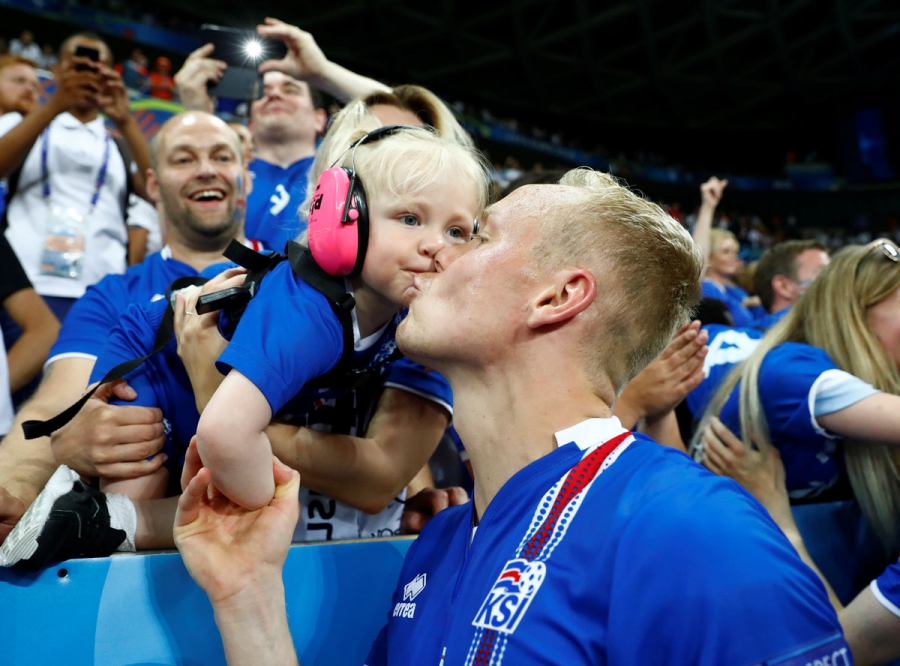 Iceland's Kolbeinn Sigthorsson and a young fan celebrate after the game. 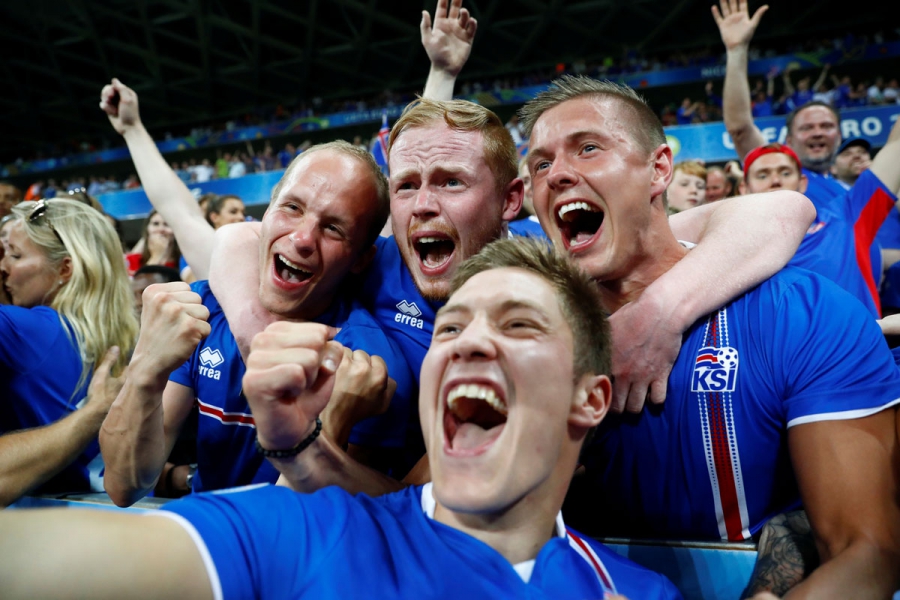 Iceland fans celebrate after the game.