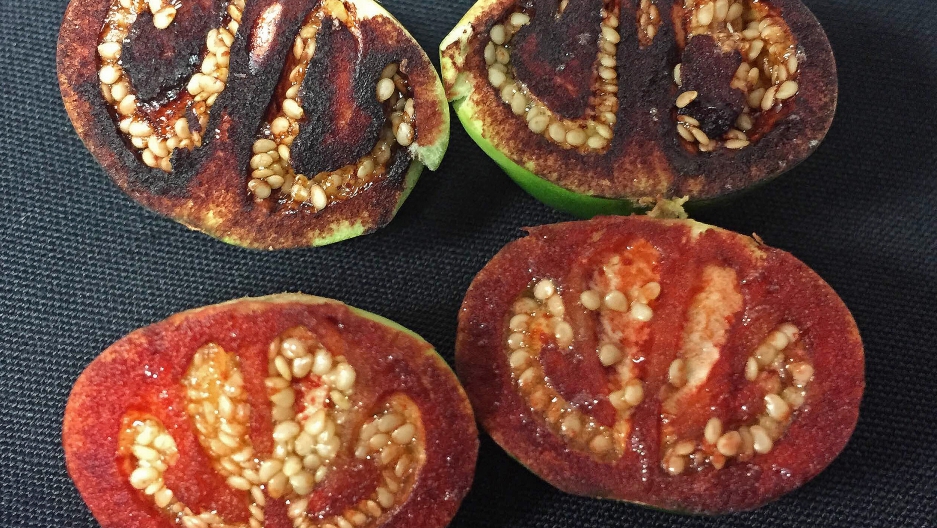 Yes, what you see here is, in fact, a tomato.

Crack open the spiky burr, and if the tomato fruit isn’t quite ripe, you’ll see something resembling the fleshy, seedy tomatoes you might find in your supermarket aisle. But the color will look more “like the interior of a Granny Smith apple — that whitish [color with] a little bit of green tint,” says Chris Martine, a biology professor at Bucknell University.

In a matter of minutes, though, that fruit will begin to turn redder and redder, shriveling up into a hardened, dark mass.

“It kind of is an unusual character,” says Martine, who described this Australian species, the Solanum ossicruentum, in a recent paper published in PhytoKeys. “I’ve collected dozens of different [tomato] species in northern Australia, and I very rarely run into anything like this, and certainly nothing that as quickly turns such a deep crimson red color.” 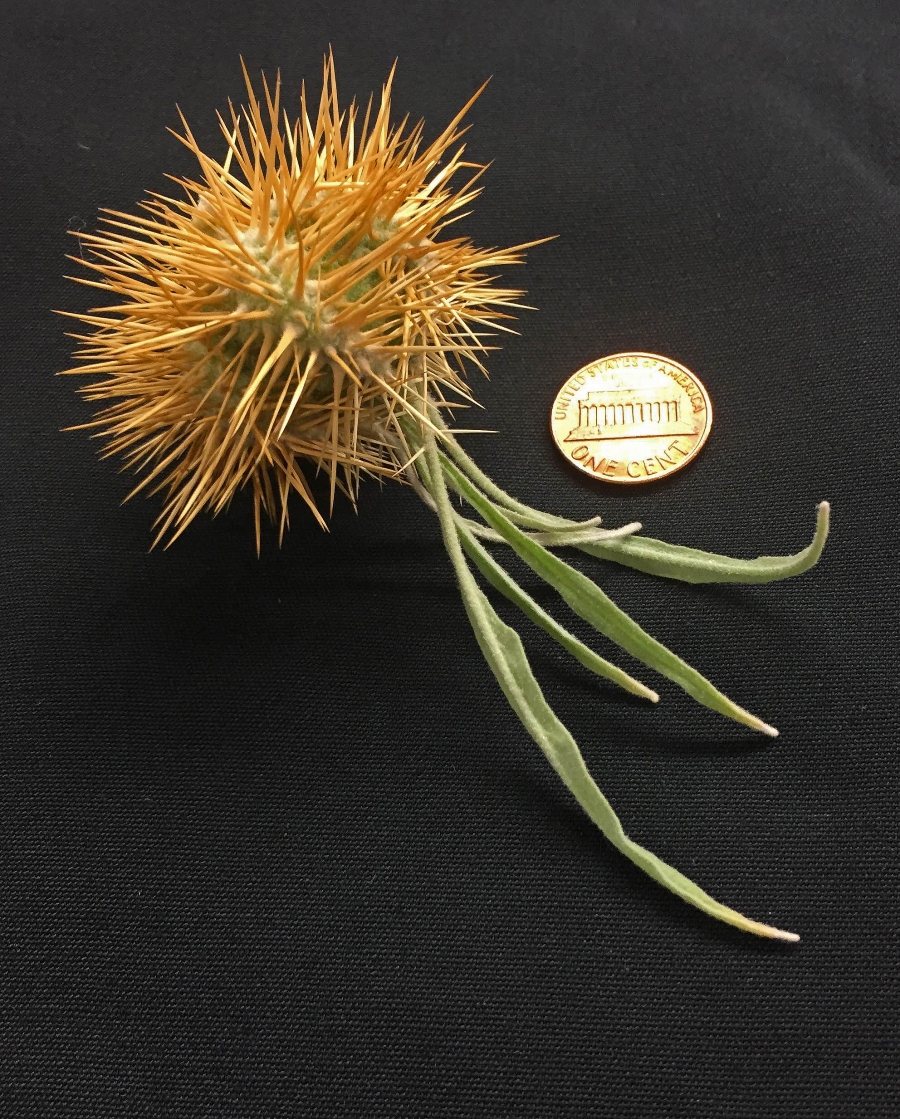 A Solanum ossicruentum enclosed in a prickly covering.

Martine says he doesn’t know why the unripe fruit undergoes this transformation, but he guesses that the flesh might be oxidizing. The result looks like a mature tomato — a hard, dark red, berry-like fruit that researchers don’t believe is edible. (The name Solanum ossicruentum loosely translates to “Australian blood bone tomato,” and was actually conceived by a seventh-grade class that Martine collaborated with.)

When left alone to age on its stem, the tomato remains enclosed in the spiky burr. When the fruit is ripe, the burr will drop to the ground. “I’ve seen them in big piles around the bases of the plants,” says Martine. “So what I think is happening is that those spines, as much as they might protect the fruit, they also may act as a way for the fruits to get lodged in the fur of passing mammals.” The burrs eventually break down over time, allowing the seeds to fall out of the openings.

This species, like some other bush tomatoes found in Australia (of the genus Solanum), is dioecious, meaning male and female reproductive organs occur on separate plants. Both the male and female flowers of the S. ossicruentum look similar, though, with “this sort of brightly colored corolla that is often bluish or purplish, and then these really brightly colored yellow anthers clustered in a cone in the center,” describes Martine. The male plants disperse pollen through the anthers, and the females will, too — except their pollen isn’t functional. 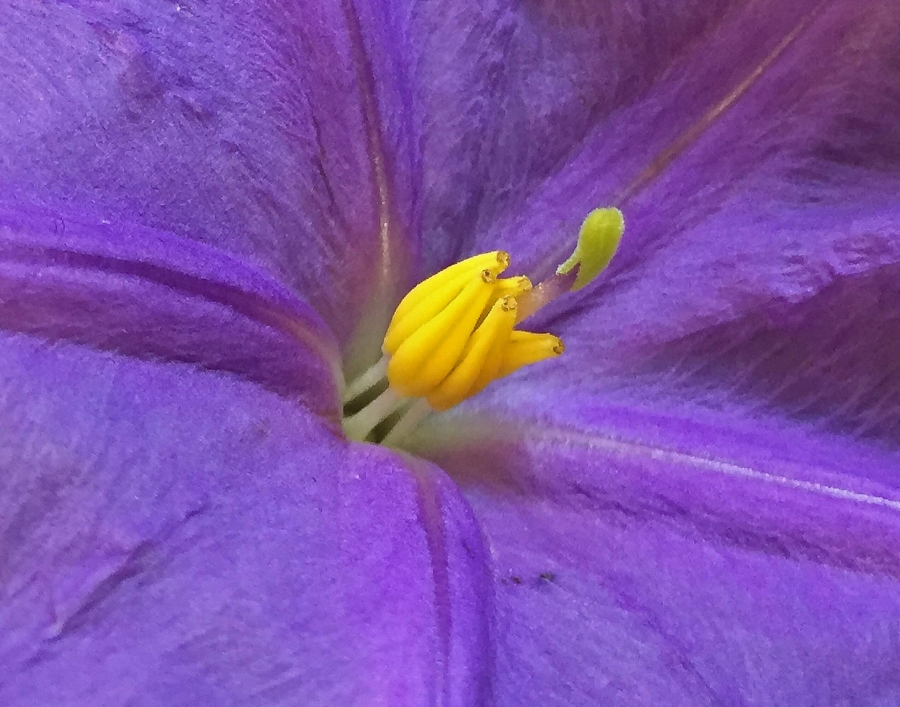 Martine suspects this “fake pollen” is part of an adaptive strategy to lure pollinators. “Bees are sort of honing in on that contrast between the anther color and the corolla. And this is one of the reasons why we think that the female plants end up having to retain those anthers, even though the anthers are not functioning in terms of reproduction,” he says.

These tomatoes are generally found in northwestern Australia, a sub-arid tropical area that’s rich in biodiversity, Martine says. He’s currently cultivating a number of S. ossicruentum plants in the research greenhouses of Bucknell to learn more about their reproductive biology.