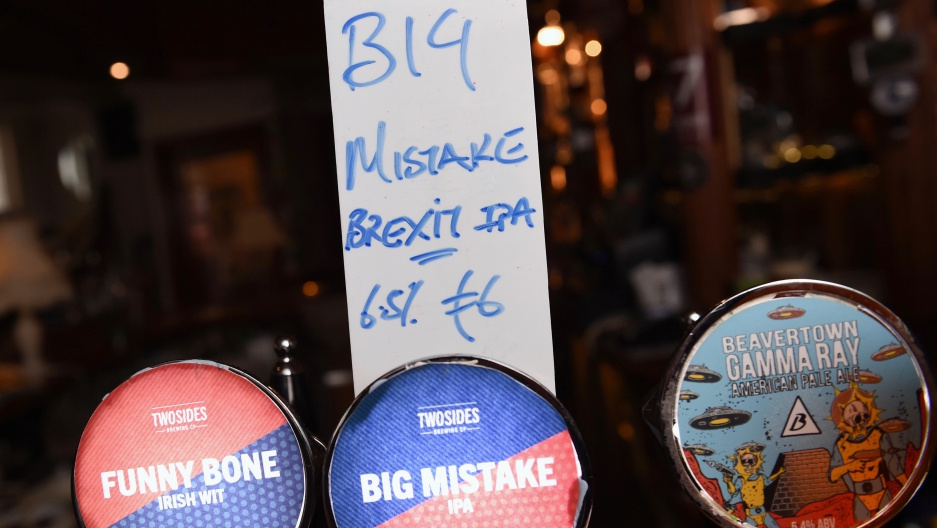 A bar in Dublin has specially made a Brexit beer for the results of the British EU Referendum called 'Big Mistake' in Ireland, June 26, 2016.

Google searches in the UK to push for a second referendum have spiked some 24 hours after the historic polls to leave the European Union.

To understand the chart, here's a little background on how Google Trends work. It does not provide absolute search volume, i.e., how many times a word has been searched by its users. It shows the search interest in numbers relative to the highest point in the chart. The numbers range from 0 to 100.

To put the numbers in perspective, we have included the search interest of the always popular phrase "weather forecast" when it was at its highest point at 7:30 a.m. each morning. Click the blue button to show the reference point.

The polls last Thursday further divided the already polarized nation. Disappointed and angered by the result, supporters of the "remain" campaign have flocked to sign an online petition demanding the UK government have a second referendum, crashing the government website on at least one occasion.

The petition has garnered more than 3.8 million signatures, way more than the 100,000 threshold needed to get an official response from Parliament. However, the prime minister's office on Monday ruled out a second referendum, saying holding another vote was “not remotely on the cards.”