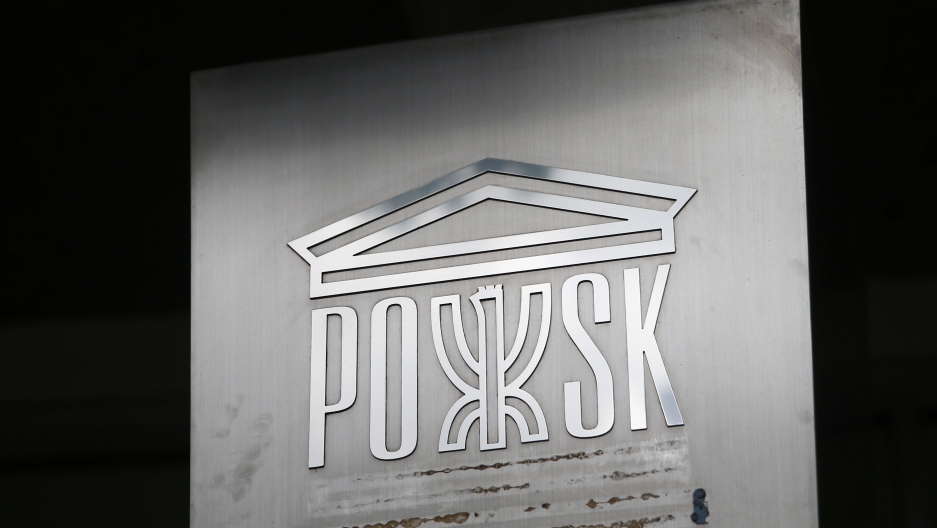 A sign is seen at the Polish Social and Cultural Association after graffiti was painted on the side of the building calling on Poles to leave the United Kingdom, in Hammersmith, London, Britain June 27, 2016.

So here Britain sits, having voted itself out of the European Union. Its two most powerful political parties are imploding. A currency plummeting. And its cool-headed exports, celebrity chefs, are losing their mind with all-caps instagram posts.

What could possibly help? Is there a model the UK should follow?

"There is no real map for how to manage a country fracturing," says British author and journalist Laurie Penny. "And I don't think nationalism or parochialism is an adequate response to austerity and to hardship and the real suffering that is the result of globalization."

There it is. The G-word. Globalization.

People in Britain felt in their bones that they needed to get out of the EU in order to protect their own interests.

Some of the hatred of globalization was inward-looking. Politicians and businesses promised big things from a wide-open market. But many people, predominantly from inner city and industrial sectors, felt they never got their slice of the pie.

"The wealth gap is growing hugely in Britain. A vast gulf of inequality has opened up. Unemployment is part of the issue. But there is also under-employment. People are being paid poverty wages across the country," Penny says. "There is a huge social divide in Britain. And that was the case before the referendum. Unfortunately, it's only now that people seem to be paying attention to it."

But a lot of the Brexit momentum was also about immigration. Just take a glance at Nigel Farage's "Breaking Point" poster: an image of migrants and refugees lining up to get into Europe — never mind that it was taken in Slovenia and not Cornwall or Bristol.

Following last week’s Brexit vote, there was a spate of racially motivated hate crimes across England and Wales over the weekend, with the Polish community bearing the brunt of the attacks.

Polish residents in Huntingdon found laminated cards containing the words “No more Polish Vermin” in both Polish and English on their doorsteps and in their mailboxes.

The Polish cultural center building in Hammersmith, West London, was also vandalized, with racial slurs scrawled on its doors.

“We are reaping the harvest of the vilifying rhetoric against Central-Eastern European migrants that was created and perpetrated by some of the people on the leave side,” says Roch Dunin-Wascowicz, a researcher at the London School of Economics. He is also Polish and has researched Polish workers in Britain.

“It is a bit gut-wrenching right now. I don’t want to be exaggerating in terms of these attacks, but things are getting out of hand politically in the general scope of things," he says. "No one knows where we are heading. There is no government and no opposition.”

The atmosphere in London is very different to those of other, less cosmopolitan areas in Britain, according to Dunin-Wascowicz.

During Pride in London over the weekend, many people showed up with EU flags, and London Mayor Sadiq Khan said at the parade that all European migrants remain welcome in the city.

“There is a lot of support for the Polish community in a cosmopolitan city like London, at least in the official channels. However, on the ground and in places not as metropolitan as London, that could be a very different reality,” says Dunin-Wascowicz. “I think that community organizing should be happening everywhere that there is a concentration of migrants … to stop this from escalating.”