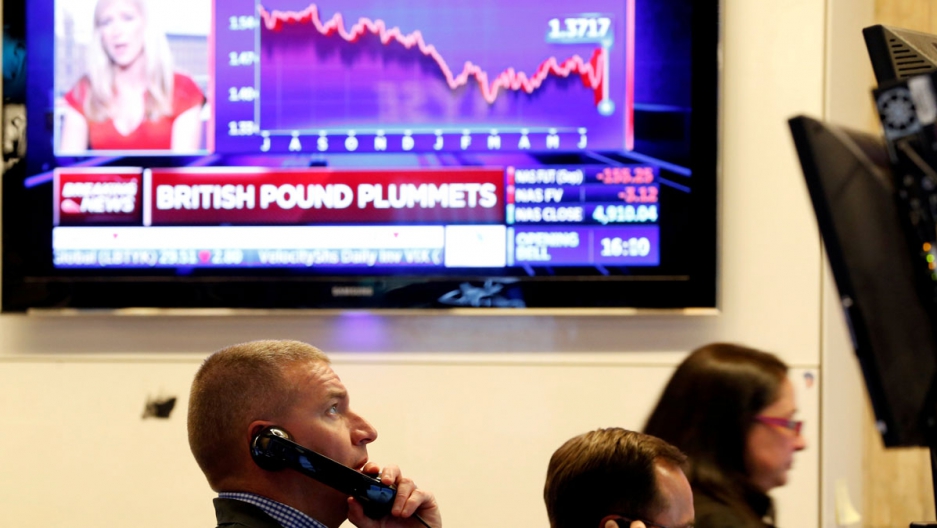 Traders work on the floor of the New York Stock Exchange before the opening bell, June 24, 2016.

At a glance, here are several insights and effects from the UK's vote to leave the European Union.

If the vote had been only among those under 50, the United Kingdom would have chosen, by a comfortable margin, to remain in the EU. If it had been among voters 18-24, that would have been a landslide, according to a YouGov poll. As the polling group concluded: "Those who must live with result of the EU Referendum the longest want to remain." Others noted that those with a longer exposure to the EU wanted to leave.

"Those who must live with result of the EU Referendum the longest want to remain" #EUref pic.twitter.com/xR02Z711jS

Many people voted against their interests

Their regions are among the most economically dependent on Europe in the UK. Why did they vote with such margins to leave the EU?

Regions with the biggest votes for Leave are also the most economically dependent on the EU https://t.co/vL2D3SkEIP pic.twitter.com/gUjDX64OY3

After the vote, some asked: What did we just do?

Top Google searches after the vote in the UK found people with an astonishing lack of understanding about the European Union and how it is interconnected with the UK. Also trending: Searches on moving to Gibraltar and Canada, and the highest-ever search interest in the British pound (more on that later).

"What is the EU?" is the second top UK question on the EU since the #EURefResults were officially announced pic.twitter.com/1q4VAX3qcm

+680% spike in searches for "Move to Gibraltar" in London since polls closed #EUref https://t.co/aMkqjxXH2i pic.twitter.com/wXa1Rk7zjE

Markets immediately tanked. By midday, the pound was at its lowest against the dollar since 1985, and the one day fall is the worst since 1971. Even the pathetic Zimbabwe dollar spiked against the pound. Poland's currency did even worse. Japan suspended trading for a while and the Dow was down about 500 points at noon.

@umairh even the Zimbabwe $ is gaining ground on Sterling pic.twitter.com/RCPZHLLQkg

Nearly all markets felt the impact.

Scotland's leader announced that she wanted to have another independence referendum. Also the deputy prime minister of Northern Ireland and the head of Ireland's Sinn Fein party both expressed hope for Irish reunification talks.

Next: Is it Sweden? The Netherlands?

These countries could be next now that Britain has left the E.U. https://t.co/jzvpQXXr5U

And finally, the vote in LEGOS