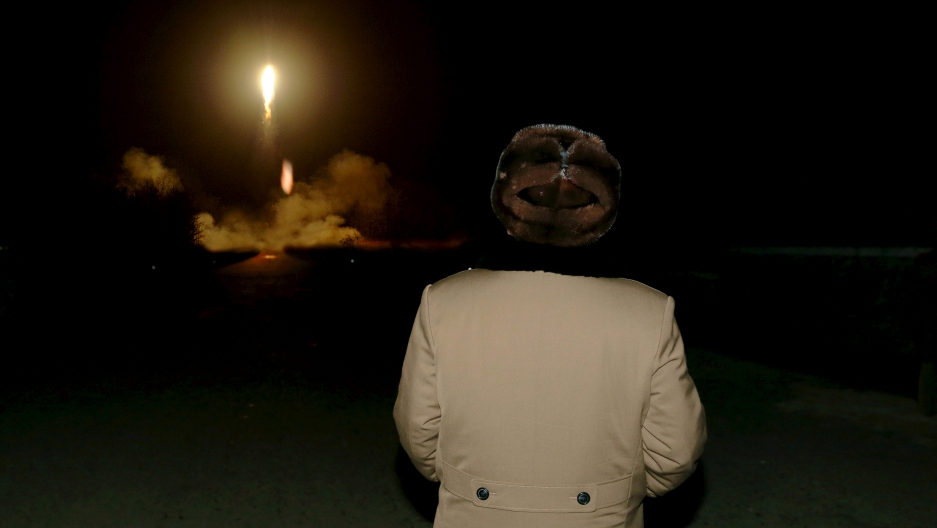 So, should we be worried that North Korea had its most successful ballistic missile launch?

“The North Koreans haven’t said anything about this — the information [on the tests] has been coming to us from the South Koreans, the US military, and Japan as well,” says Alastair Gale, Korea bureau chief for The Wall Street Journal.

Though North Korea has attempted to launch missiles a few times this year, Gale says this latest incident is different.

“These ones are particularly significant because the second launch was the first successful test of a new type of mid-range missile that North Korea can move around on a mobile launcher," Gale says. "That makes it harder to track, and harder to potentially take out before a missile is launched. It seems like they've had a breakthrough in this new missile.”

These missiles, Gale says, are solid fuel rockets, something that North Korea has bragged about in the recent past.

“North Korea’s made lots of statements this year about its breakthrough in various parts of missile technology, including its ability now to have solid fuel rockets, which make them much quicker to launch,” he says. “They’re reverse engineering missiles that they have got from other countries, or working off blueprints that they’ve obtained in whatever fashion they can. But the technology will have been developed at home — they don’t have too much in the way of technological cooperation with other countries.”

Though this is something of a milestone, North Korea still has to go through “various technical stages” in order to have a missile that could reach Japan or US islands in the Pacific.

“They have shown that they can fire a rocket which can launch a projectile satellite into space — they’ve done that twice now,” Gale says.

“But of course, with a missile, what you need to be able do is to bring the thing back down to earth and then have some kind of explosive detonate at the location and time that you desire. That’s not something they’ve shown that they’re able to do yet, but you can be fairly sure that they’re working on this. It’s a big priority for them to develop their missile threat, and I think we’ll probably going to be seeing lots more of these kinds of tests.”

The US may work with South Korea and Japan to introduce an advanced missile defense system to protect both nations and American military bases in the area — such systems could target North Korean missiles in-flight.

“There are ways to target [the missiles] in-flight, but ideally you would not get to that point — you would want to know before they were being launched where they are and take them out before they’re fired,” Gale says.

A version of this story appeared on PRI's The Takeaway, a daily radio show that invites you to be a part of the national conversation.