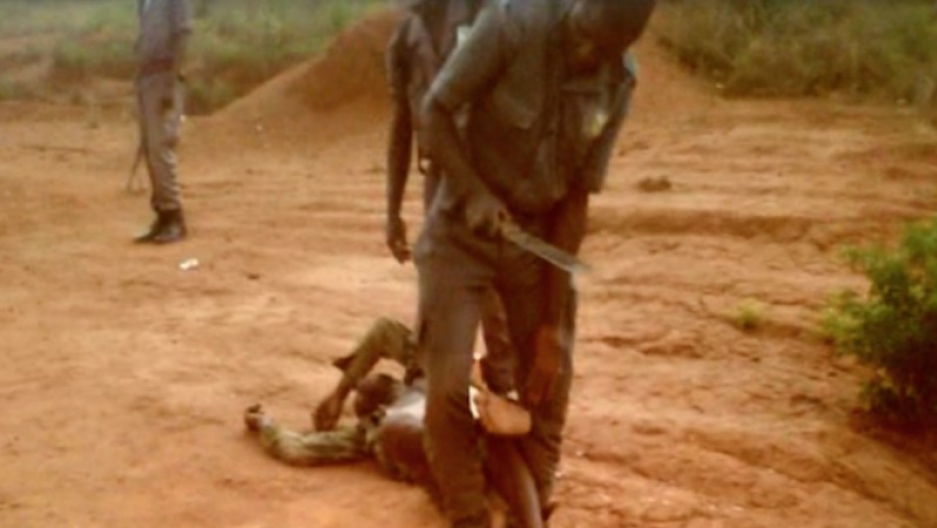 A screenshot of the video showing guards using machetes to beat men.

A new video showing 10 diamond diggers being tortured with guards wielding machetes in Angola has emerged on YouTube.

According to independent news site Maka Angola, which was founded by human rights journalist Rafael Marques, the video was filmed in April. The seven minutes and 14 seconds of footage show “vicious” and “sadistic” violence against the unarmed men, who are seated on the ground. (You can see it here, but please be warned that it may be disturbing to some viewers.)

Maka Angola reported that “the assailants have been identified as security guards working for a private company which operates in the diamond-mining region of Lunda-Norte,” a northeastern province of Angola.

Angola's diamond mining industry is notorious for human rights violations. During the country's 27-year civil war, which ended in 2002, all sides fought fiercely to rule the country after it gained independence from Portugal in 1975. Reports say one of the sides, UNITA, took control of diamond fields and started selling the precious gemstones to finance their war activities. That's where the term conflict or “blood” diamond comes from, which according to the United Nations refers to diamonds that are used to fund military action in opposition to internationally recognized governments. 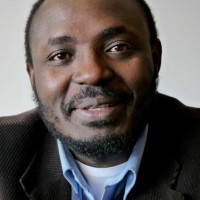 Rafael Marques is an Angolan journalist who has called on authorities to do more to stop the torture of diamond diggers.

Marques is an Angolan journalist who has dedicated most of his life advocating human rights in the country. His efforts have awarded him with multiple international prizes, but have also gotten him in trouble with authorities in his home country of Angola.

In May 2015, he was given a six-month suspended jail term for supposedly defaming a group of Angolan generals he cited in his book “Blood Diamonds: Torture and Corruption in Angola“.

“We are in 2016 and still have diggers being tortured with a machete,” Marques said in a recent interview with Deutsche Welle, Germany's international broadcaster. Many of these atrocities are carried out by former combatants who now work as private security guards, but their actions don't often make headlines. According to Marques, authorities aren't doing as much as they could be to stop it.

On Facebook, one user agreed. Commenting on Maka Angola, he wrote, "Os verdadeiros torturadores não são esses seguranças, mas sim os que estão a governar Angola," which translates to, "The real torturers are not these security guards, but those who are governing Angola."

In 2015, a group of young diggers protested for not getting paid. One of the protesters was reportedly murdered by a security company officer from a diamond field. The officer hasn't been charged so far.

In December 2014, Global Voices reported a video that purportedly showed a similar incident of torture where private company's officers used machetes to injure diamond diggers. This video was first released by Marques on Maka Angola.

A version of this story first appeared on Global Voices, a collection of hundreds of bloggers worldwide.