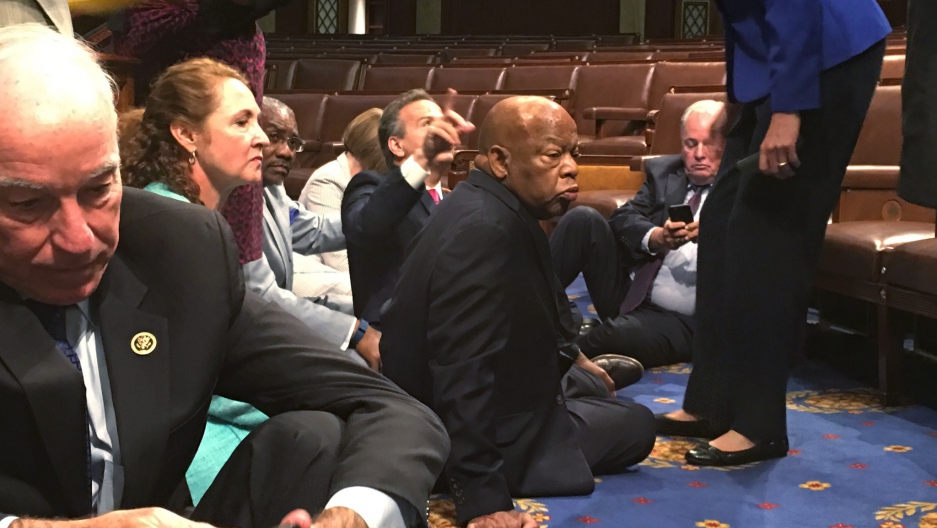 A photo shot and tweeted from the floor of the House by US House Rep. John Yarmuth shows Democratic members of the US House of Representatives, including Rep. Joe Courtney (L) and Rep. John Lewis (C) staging a sit-in on the House floor "to demand action on common sense gun legislation" on Capitol Hill in Washington, United States, June 22, 2016.

With TV cameras rolling, Congressional Democrats staged an unusual sit-in throughout Wednesday night and into Thursday.

They were demanding stricter gun control legislation in the wake of the recent attack in Orlando. Then House Republicans reportedly pulled the plug on the TV cameras.

With the official cameras off, Democrats tried another tactic. They used  their smartphones to stream the sit-in on social media platforms like Periscope and Facebook. It caught a lot of attention as things got testy and heated exchanges erupted.

Democrats, including House Minority Leader Nancy Pelosi, vowed not to back down in their drive to curb firearm violence.

"While the Americans don't always expect us to win, they do expect us to fight,'' said Rep. Al Green, D-Texas. “We demonstrated to the American people why we can't get votes on common-sense safety measures.''

Other Democrats on the House floor shouted "No bill no break!'' and displayed the names of gun victims. Rep. Maxine Waters, D-California, said she was ready to stay "until Hell freezes over.'' Rep. John Lewis, D-Ga., a veteran of the civil rights sit-ins in the 1960s said, “We have other bridges to cross.'' He said Democrats "made a down payment on ending gun violence'' in America. 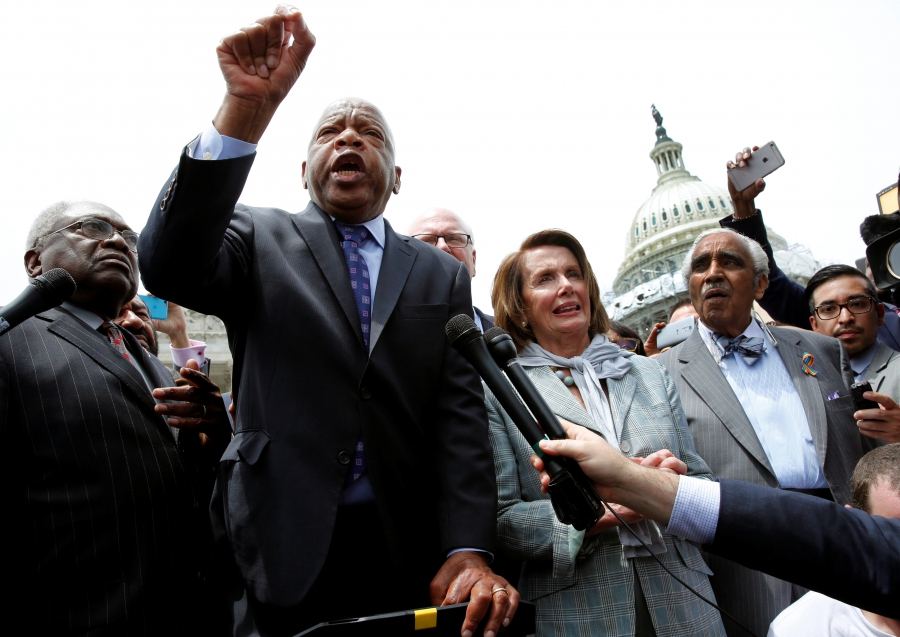 “The idea of using a personal device or phone to stream when the official powers that be or the traditional mass media won’t cover you has been around for a while,” says Zeynep Tufekci. She’s an associate professor at the University of North Carolina, and writes about social media and its intersection with politics and society.

Arab Spring protesters, Russian opposition groups and protesters in Ferguson have all employed Twitter and live video feeds to spread the word.

“But it’s still striking to see US senators and US congress people using that as a tactic,” Tufekci says.

Getting attention is one thing. But the bigger question is: How much will the latest online sit-in change the public conversation and shake up the seemingly frozen Washington politics around gun legislation?

Tufekci says the answer partially depends on whether people were inspired enough to show up at the polls because “those lawmakers can get attention, but we are a democracy and our electoral system may be sputtering and not working but it's the only one we've got. Social media is great for getting attention to a cause, but if there's no follow-up through other means — and that includes elections and that includes other actions — it can fizzle.”

To everyone calling for #NoBillNoBreak & fighting to reduce gun violence in America: thank you. We will #DisarmHate. pic.twitter.com/JTfEwcMC4p

So between now and November when people show up to vote, Tufekci wonders, “Will there be a sustained effort by people who care about the guns and violence issue to organize and show up, and in what proportion? Which groups will show up and vote?"

Tufekci says that’s key because the National Rifle Association is a formidable opponent.

“A major part of NRA’s success is that it mobilizes votes, a large number of voters, so if there’s going to be change to gun laws in this country that balance has to change, otherwise we’ll get the attention, but the fundamental dynamics will stay the same.”

We got in trouble. We got in the way. Good trouble. Necessary Trouble. By sitting-in, we were really standing up. #NoBillNoBreak