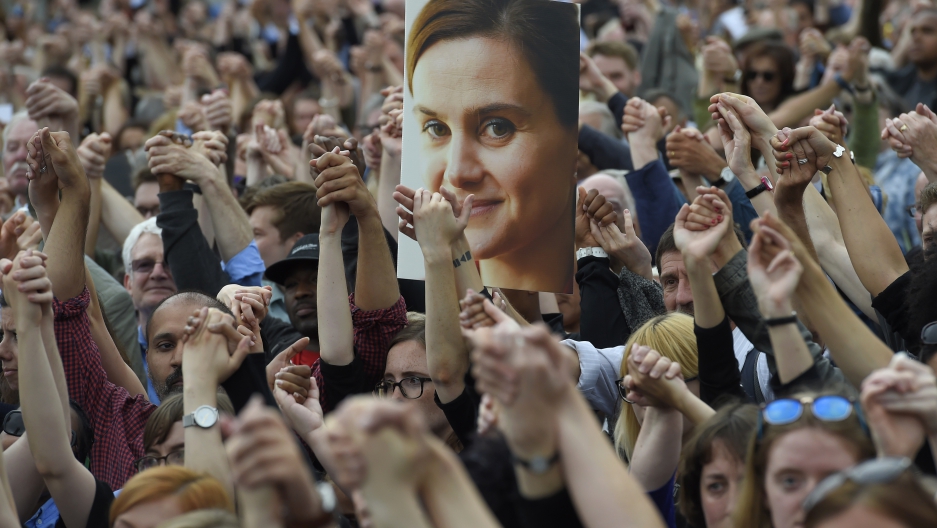 The alleged assailant of British lawmaker Jo Cox, whose shooting and stabbing death shocked the nation, will be tried in November under anti-terrorism legislation, a judge ruled Thursday.

Thomas Mair, 52, made a brief appearance via video link at London's Old Bailey central criminal court, and spoke from prison only to confirm his name, as Britain voted in a referendum that could make it the first country to leave the European Union.

Mair is charged with murder and possession of a firearm and the case is being heard under the "terrorism protocol".

At his first court hearing on Saturday, Mair had said his name was "Death to traitors, freedom for Britain."

Cox was slain a week ago as she was on her way to meet residents in her constituency in Birstall in northern England. The attack came outside a public library.

The killing of Cox, a pro-EU lawmaker who had defended immigration and refugee rights, led to a three-day suspension in campaigning ahead of the UK's referendum today on whether to stay or leave the European Union.

Mair will next appear before the court on September 19.

There has been an outpouring of support for Cox and her causes since her death. More than 42,000 people have donated to a fundraiser page online set up by Cox’s grieving husband, Brendan, and some of Cox’s friends. As of midday Thursday, it has raised more than $2 million.

These causes include, The Royal Voluntary Service, which supports volunteers helping combat loneliness in Cox's constituency; the anti-extremist group Hope Not Hate; and The White Helmets, volunteer search and rescue workers in Syria.

Also earlier this week, the charity Oxfam said it would honor Cox, a former Oxfam activist, with an album of live music from the Glastonbury Festival, with proceeds going to help refugees.

"Given Jo’s tireless work to help refugees both at Oxfam and beyond it felt appropriate to dedicate the album to her,” Mark Goldring, Oxfam's chief executive in the UK, was quoted as saying.

Among the bands contributing to the album: Coldplay, Muse, Sigur Rós, Chvrches, Two Door Cinema Club, The 1975 and Years & Years.

The World’s Daniel Ofman contributed to this report.