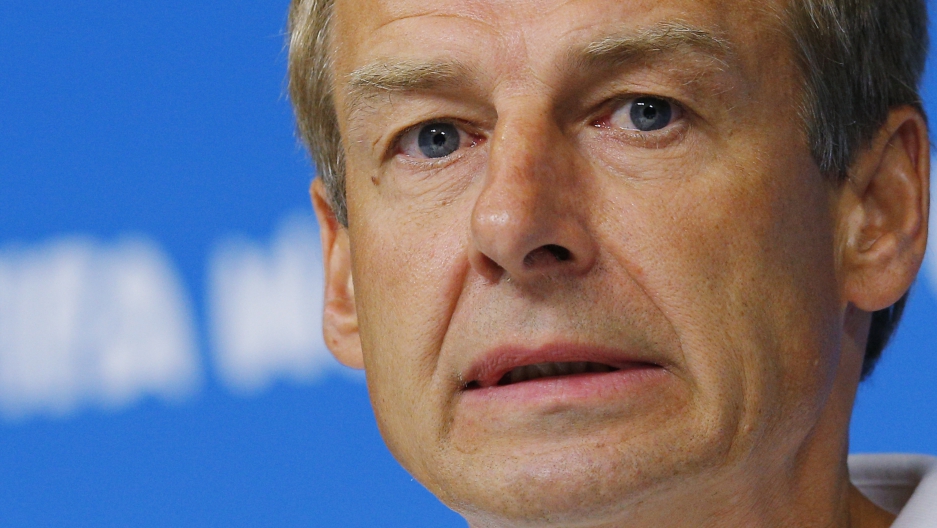 What can you say about the US soccer team that gets defeated by Argentina, 4-0?

That happened Tuesday night in Houston.

If you're a hater, you say US soccer is back to where it’s always been: mediocrity.

And it doesn't help that German coach Jürgen Klinsmann is in charge. Maybe you're thinking: He doesn't connect with his players. He can't get them to play with heart. He's cocky. He hates your boy Landon Donovan. He uses little dots to spell his first name. If he were an NBA coach he'd be fired by now. Evidence: David Blatt.

But put that in context: This was the semifinals of the Copa America, the top competition for this hemisphere. (The goal was making the quarterfinals.) The match was against Argentina, only the best team in the world, with only the best player in the world, Lionel Messi. (Sorry, Ronaldo, you petulant show pony.)

So hang on haters.

"I don't really blame him as far as some fans do. The fact of the matter is that it wouldn't have mattered much who was on the field," says Steven Goff, a sports writer at The Washington Post. "You know, it's another class of soccer in Argentina."

The US is not in that class. We're the kids stuck in Vocational Ed. All heart and still working toward gaining useful skills. The blue-collar team of international play. "In terms of the US, when they are successful it's when they compensate for lack of high-level technical skills with grit, perseverance, team effort, all the intangibles needed in a game," says Goff. "So style-wise, you need the players to play a certain style. And the fact of the matter is the US does not have many world class players."

Oof. Truth hurts. That's why we can't compare the US men's national soccer team with our other top sports. And Goff is getting to an important point often missed by soccer fans and definitely by other soccer bloggers from the US: just how impressive Klinsmann has been.

England is taking notice. Mark Ogden of the Independent penned a column titled: "Why England should chase Jürgen Klinsmann to take over from Roy Hodgson."

"Whether the 51-year-old German could ever be persuaded to turn his back on his California lifestyle and return to English football is another matter, but five years into his reign as head coach of the States, Klinsmann has only enhanced his reputation and that of the team he has now guided to the World Cup quarter-finals and the last four of the Copa America."

So put down the pitchforks. We will never be a soccer power anytime soon. But Klinsmann is taking us to places we've never been. We're actually disappoointed that we lost to Argentina. Read that again. We are disappointed by losing to the best team in the world. That shows just how far the men's game has come under the guidance of a truly great coach. Fans actually believe in the USMNT.