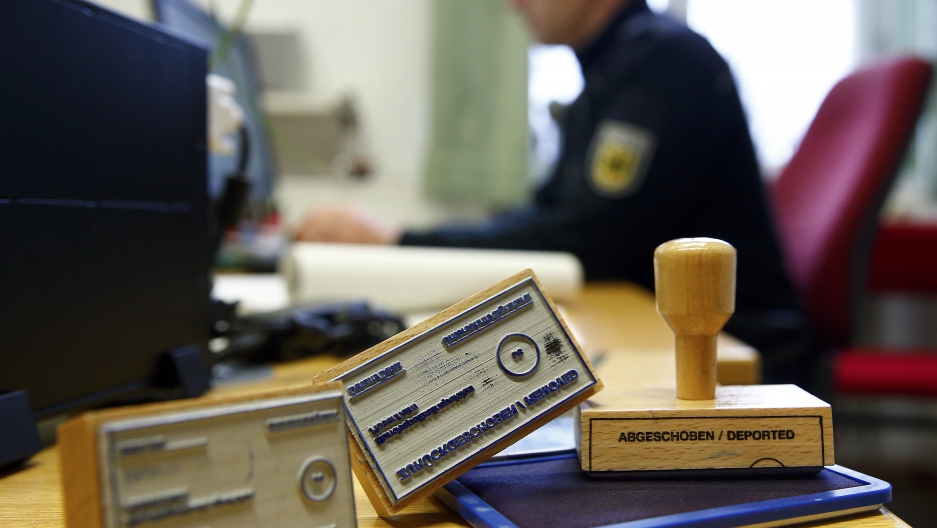 Germany has welcomed more than a million asylum seekers during Europe’s current refugee crisis, the biggest such crisis since World War II.

But here’s a startling fact: About half of all asylum seekers in Germany will not be allowed to stay.

Hundreds of thousands of people who have flocked to Germany come from places that Germany doesn’t consider to be war zones.

These migrants are slated for deportation. But only a small percentage of them have been kicked out.

Deportation is a touchy subject in Germany. The last time Germany rounded up masses of people was the Holocaust.

A German police officer, who spoke on condition of anonymity because he was not authorized to speak publicly about his job, offered a telling account of a deportation mission he was dispatched to perform a few weeks ago.

He and his police team showed up at a tall apartment building to deport a woman from Vietnam whose request for asylum had been rejected.

But they didn't show up in the middle of the night to catch her by surprise. They came for her at noon, when most people aren’t home.

You might be able to guess how this ends.

The police entered the building and rode the elevator to the woman’s floor.

They knocked on a neighbor’s door and asked where the Vietnamese woman lived. The neighbor pointed to her door.

When they knocked on the woman’s door, there was no answer. An officer thought he heard some rustling, so they rammed down the door.

No one was there.

So the police called workmen to fix the door, filled out paperwork and left.

It happens a lot: A senior official in the Berlin police overseeing deportations said police only manage to round up 50 percent of the people they are sent to deport. The official only gave his first name, Thomas, because he, too, was not permitted to speak publicly about the matter.

Police will try to come back for the Vietnamese woman in about two weeks, but they may not find her then, either — most deportation attempts take place in the middle of the day, police said.

It’s not the kind of tough treatment you’d expect from police sent to deport someone in the country illegally.

“Some say we’re too nice,” said the police officer sent to deport the Vietnamese woman.

Up until a few months ago, police weren’t allowed to break down doors to round up migrants without a special court order, he said.

They’re allowed to now, but he said they rarely do.

When police do manage to round up migrants, he said, they’ll agree to do them favors, like take them to a cash machine to withdraw money from their German bank accounts before the're put on an airplane.

“We bring a certain amount of empathy to the situation — without too much aggression,” the officer said. 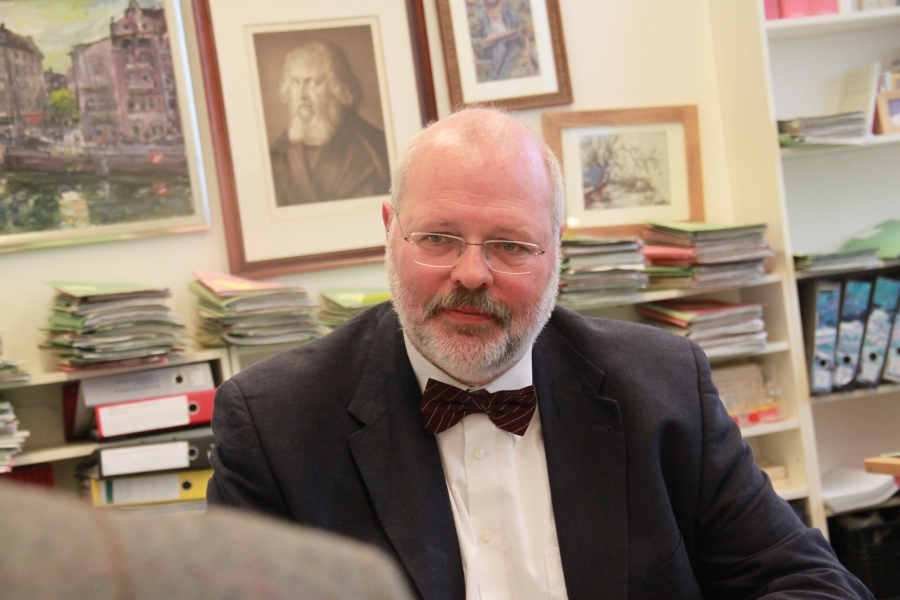 Engelhard Mazanke, the head of immigration affairs for Berlin, says German officials try to avoid using the German word for deportation. He says it's too reminiscent of the Nazi deportations of the Jews during the Holocaust.

Engelhard Mazanke, the head of immigration affairs for Berlin, said German officials use all kinds of synonyms to describe the current deportations — just not the German word “deportation.” He said it sounds too much like the Nazi deportations of Jews.

Deportations are a last resort in Germany. Authorities try to entice people to leave on their own.

They give them free plane tickets, even thousands of euros to invest in their new lives back home. Many migrants have accepted these offers and left, including some Iraqis.

But some are not hurrying to leave, and it is easy to understand why: Germany continues giving all migrants free rent and social benefits, even after their application for asylum has been rejected, Mazanke said.

The migrants are changing the face of Germany. Public support has risen for the far-right, anti-immigration political party Alternative für Deutschland.

But immigration officials like Mazanke are moved by the migrants who have flocked to Germany, regardless of the circumstances of their asylum claims.

When he talks about it, his eyes well up with tears, and his voice breaks.

“Germans need courage, pride and honesty,” Mazanke said — courage and honesty to admit that Germany still hasn’t perfected the integration of more than a million people from different cultures.

But pride, he added, that despite Germany’s dark history, the country is now a place people from around the world actually seek to live.