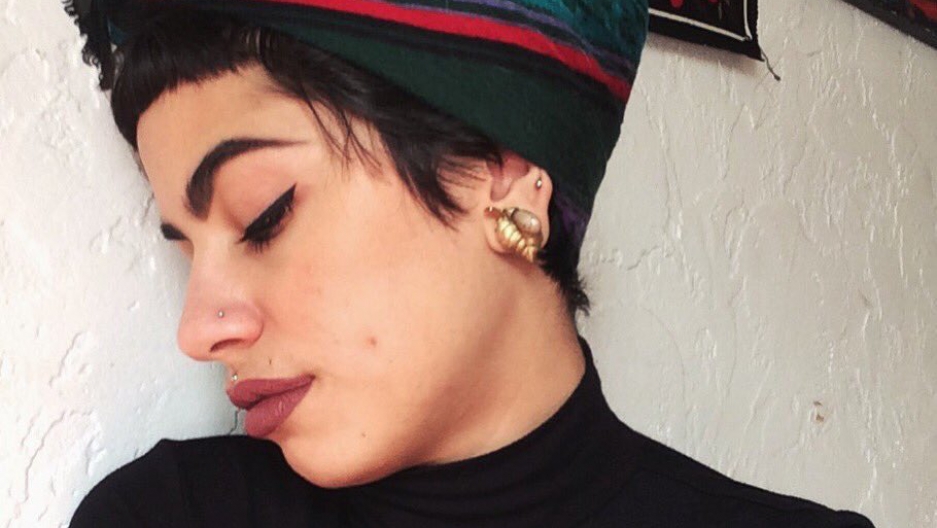 Jack Qu'emi is a writer and self-described "queer, non-binary femme," who among other terms identifies as Afro-Latinx.

The term (pronounced: la-teen-ex) is gaining traction in Spanish-speaking communities. But many are still asking, "What's the meaning of the 'x'?"

Qu'emi explains: "The x [in Latinx], is a way of rejecting the gendering of words to begin with, especially since Spanish is such a gendered language."

Like the use of they/them/their pronouns in English (in place of the gendered pronouns he/him/his and she/her/hers), "Latinx" is an attempt in Spanish to include non-binary people, those who are neither male nor female.

Latinx is practically the only explicitly ungendered term that has gained traction outside of academic circles. The conversation in much of South America is about including both genders (only male and female), rather than all genders.

On their social media profile, Qu'emi reminds the casual follower to use gender-neutral pronouns and titles.

English-speaking grammar purists might cry out, "But they is plural! It cannot refer to just one person!" However, Merriam-Webster and the American Dialect Society have effectively ended any legitimate linguistic debate (although there are still doubters).

In Spanish, the debate is far from over.

"In Spanish, the masculinized version of words is considered as gender-neutral. I don't think its appropriate to assign masculinity as neutral when it isn't," Qu'emi says.

Gender-neutral adaptations of language like Latinx, and before it Latin@, are often criticized as being academic and removed from everyday speech.

They can also take time for others to fully grasp. Qu'emi's mother has had difficulty understanding their non-binary identity. Qu'emi remembers an early conversation the two had about it:

Their mother's confusion is understandable, tied up in a life's worth of reinforced gender norms. However, she is making a real effort to embrace a new understanding of Qu'emi's gender, using gender-neutral English terms such as "my little one" and "my child."

Qu'emi has spoken and written extensively on the topic of gender outside the masculine/feminine binary. Their collegues jokingly call them "The Teacher" ("Maestra? No no no, Maestrx!"). While Qu'emi readily accepts this role, queer people are often forced into the role of educator for the straight world. But there are plenty of resources out there for people to educate themselves — the internet is full of well-written articles and interviews with queer people that explore the complexity of gender outside the binary.

Latinx is one attempt among many to break down the masculine/feminine binary in the Spanish language.

Qu'emi says it's just the beginning of the linguistic revolution. "After all," they say, "that's just one word!"

Artemis Octavio contributed to this report.