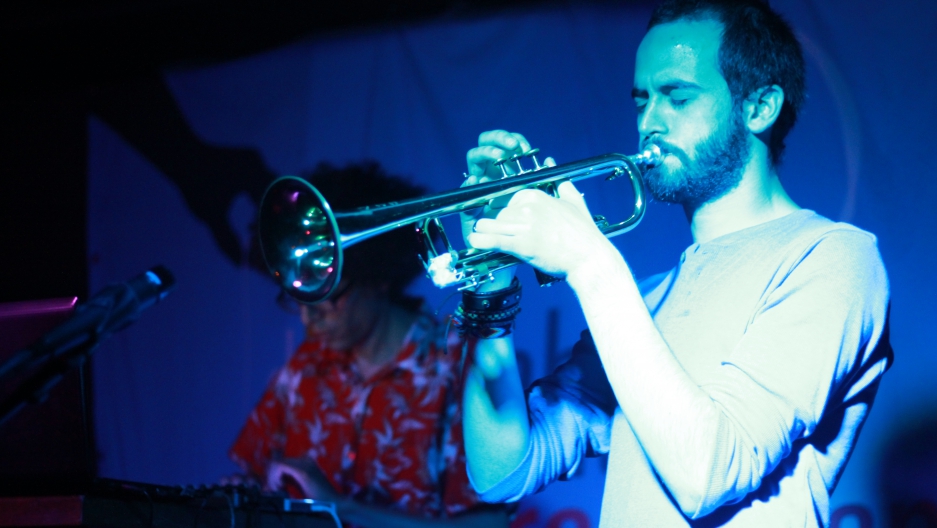 Milad Khawam performing in Berlin as part of his new music project, "Exilistan."

There are not that many trumpet players in Syria. Milad Khawam was one of them — before he left.

Khawam, now 23, has been playing trumpet since he was 10 years old. He grew up playing Tchaikovsky and Handel. He performed Middle Eastern music with Syria’s national orchestra. He fell in love with the music of Miles Davis.

And as the war in Syria raged around him, he recorded an album with a cellist friend.

The album is called Qotob, which means “poles” — because Khawam felt that making music in Syria was like making music on the North or South Pole, that no one in the world had any clue about his musical life.

“We do work with orchestra; work, work, work. But we are alone,” he says. “Nobody knows.”

It took months for him and his friends to put together the album, because of the war.

“You have some bombs? Studio is closed. You cannot play,” Khawam says. “You go 30 minutes, record, and run home. It’s very hard. The sound in the street — brrrrrrrrr — you can’t make music like that.”

Six months after Khawam recorded the album, he said goodbye to his family and left Syria. He left his trumpet behind, too — he didn’t want anything to happen to it along the way.

Late last year, he arrived in Turkey, paid a smuggler, boarded a boat, landed in Greece, then took buses and trains to Germany. He met some German musicians in Berlin who loaned him trumpets.

Khawam has a hard time explaining in words what he tries to express in his music.

Instead, he picked up his trumpet, closed his eyes and improvised.

Khawam’s music takes sudden turns. It jumps between major and minor keys. He calls it his “schizophrenia of feelings,” the mix of emotions he feels as a person who left everything behind and started his life over.

“You cannot stay sad or tired, because you want to be happy. But you can’t stay happy — you remember everything,” he says. 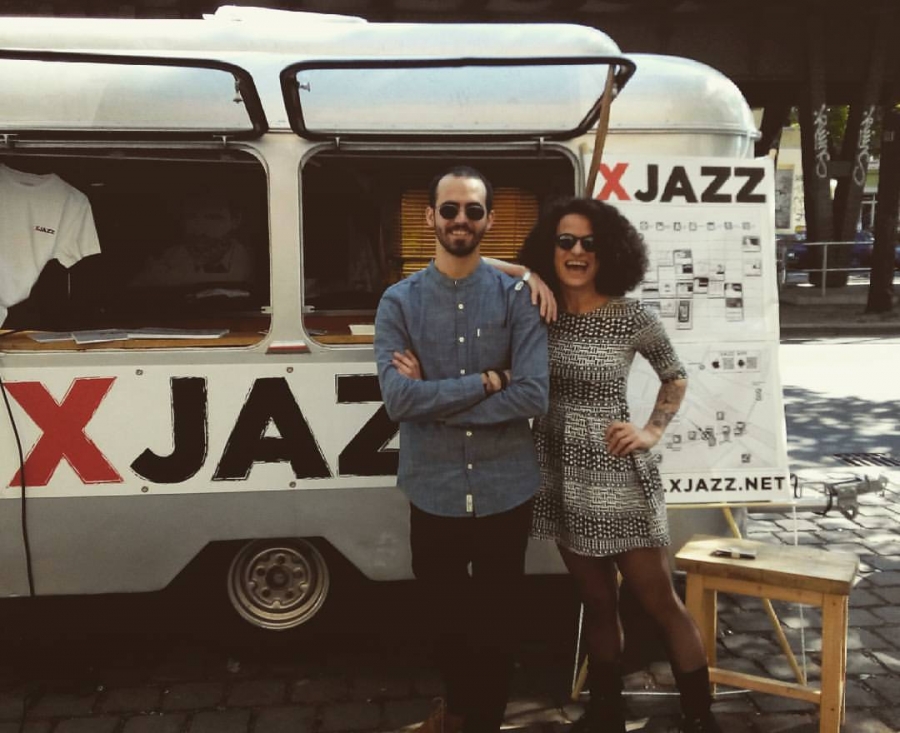 Milad Khawam with Lobna Allamii, part of a new music collaboration of musicians and artists in exile in Berlin.

Khawam’s latest artistic project is Exilistan, a collaboration of musicians and artists in exile.

“A lot of people are leaving Damascus right now,” says Exilistan’s music curator, Lobna Allamii. “We wanted to save the music."

In the process, a rare ensemble was born. Allamii is the daughter of a Palestinian refugee. She brought Israeli electronic music artist Roi Assayag to the mix. Khawam’s childhood friend Maher Alkadi, a violinist from Damascus, joined the project, too.

“[Assayag] was the first Israeli guy I met in my whole life,” Alkadi says. “Since we were small, we were taught they are the bad people. I just discovered that it was just an illusion. We are humans, and we are the same, and it’s about being good inside.”

“Let’s have a nice night, let’s make some noise,” Khawam said on stage.

Then he raised his shiny trumpet to the microphone, alongside members of his new musical family.