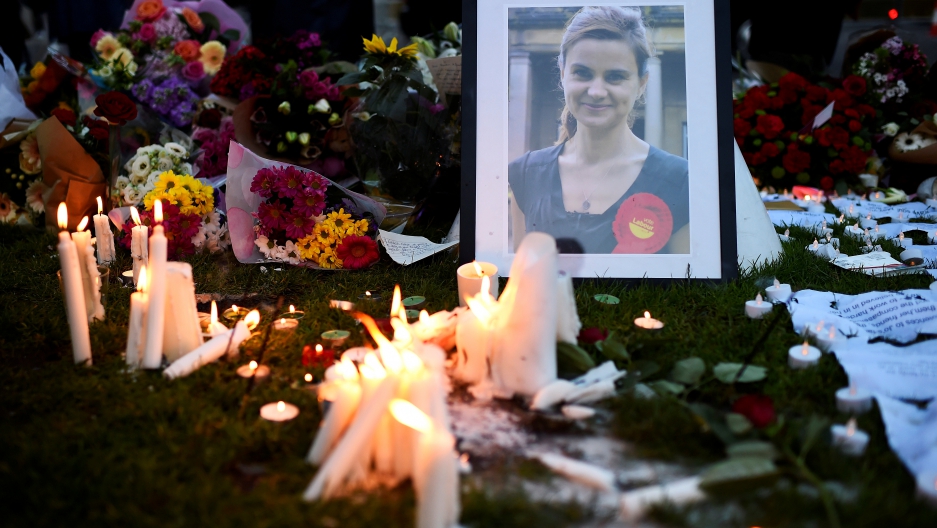 Mourners leave candles in memory of murdered Labour Party MP Jo Cox, who was shot dead in Birstall, during a vigil at Parliament Square in London, Britain June 17, 2016.

Beyond vigils and tributes, tens of thousands of people are remembering slain British parliamentarian Jo Cox though an outpouring of support for causes dear to her. And some of the world's biggest bands, including Coldplay and The 1975, also will contribute to a charity album dedicated to her.

Cox, a campaigner for Britain to stay in the European Union, was fatally shot on Thursday outside the library in Birstall, in northern England. Her accused killer gave his name in court as "death to traitors, freedom for Britain.”

More than 35,000 people have donated to a fundraiser page online set up by Cox’s grieving husband, Brendan, and some of Cox’s friends. As of Monday evening, it has raised more than $1.7 million. 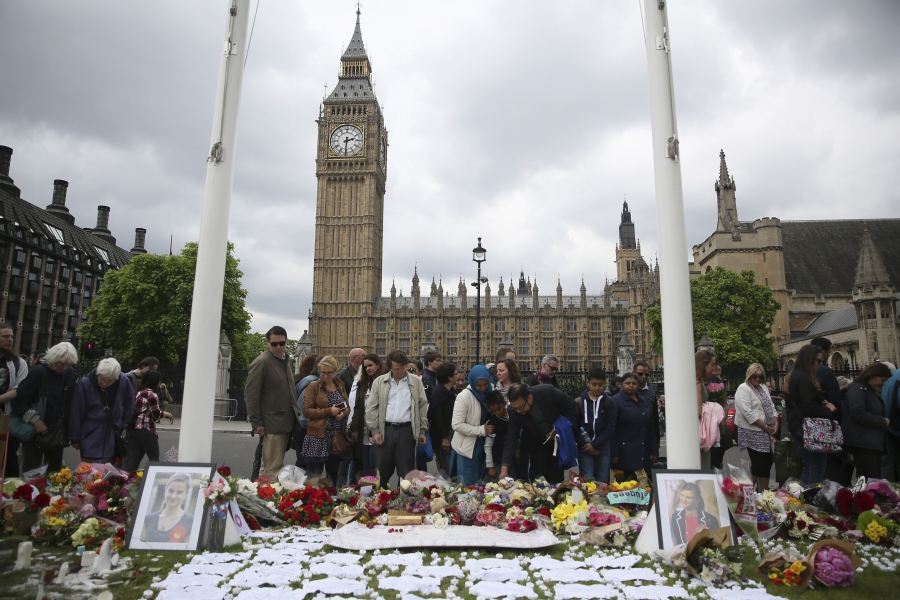 As an MP, Cox championed the cause of ethnic diversity, she supported the "Remain" campaign for the 2016 referendum and she campaigned for a solution to the Syrian conflict, launching and chairing the All Party Parliamentary Friends of Syria group. She also had advocated for Britian to accept 2,000 child refugees.

The fundraising page for Cox seeks to raise money for causes that were "closest to her heart, chosen by her family.”

These causes include, The Royal Voluntary Service, which supports volunteers helping combat loneliness in Cox's constituency; the anti-extremist group Hope Not Hate; and The White Helmets, volunteer search and rescue workers in Syria.

Also today, the charity Oxfam said it would honor Cox, a former Oxfam activist, with an album of live music from the Glastonbury Festival, with proceeds going to help refugees.

"Given Jo’s tireless work to help refugees both at Oxfam and beyond it felt appropriate to dedicate the album to her,” Mark Goldring, Oxfam's chief executive in the UK, was quoted as saying.

Among the bands contributing to the album: Coldplay, Muse, Sigur Rós, Chvrches, Two Door Cinema Club, The 1975 and Years & Years.