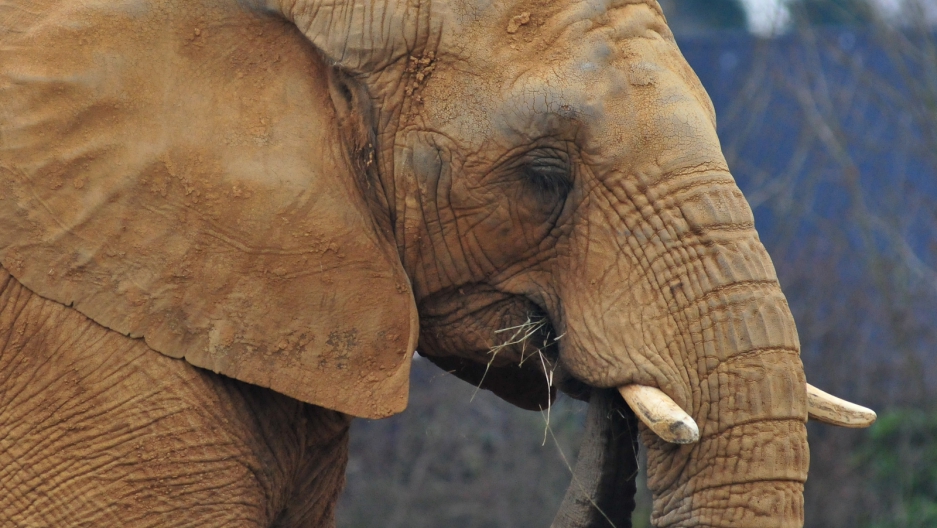 Among the many reactions to this month's killing of Harambe, the gorilla at the Cincinnati Zoo, is a question: Can animals, especially smart ones like gorillas, ever be truly happy in zoos?

Terry Maple, a professor of comparative psychobiology at Florida Atlantic University, and the former director of the Atlanta and Palm Beach zoos, has built a career on trying to understand animals and improve their environments.

When he saw the video of Harambe with a toddler at the Cincinnati Zoo, he says he thought he could tell what Harambe might have been thinking.

RELATED: Are we smart enough to to really understand how smart animals are?

“What I saw was the gorilla was really grabbing at that kid very much like he was another gorilla,” Maple says. “Male gorillas often steal the babies from the mothers briefly and, you know, in a playful way. They don't hurt them and it didn't look to me like he was going to hurt this kid. But we are so much weaker than gorillas."

"When a gorilla grabs a person's arm, it could be a very, very tough interaction and it could hurt you or it could kill you. As you saw in the video, if you're watching it, he drug [the child] a bit through the water. And of course that's a concrete floor and that could have been disastrous as well. So it was a very dangerous situation — no human being needs to get in with a gorilla. It would be very risky even for an adult and this was a small child.”

Maple says zoos have changed a lot in the past decades, making them better environments for animals.

“Landscape architects began to work in zoos and, rather than build buildings for animals, they started building landscapes,” Maple says. “That revolution started in the late 70s with the Woodland Park Zoo in Seattle — which, by the way, was run at that time by an architect. So this merger, this fusing architecture and behavioral science led to tremendous advances in how animals were housed. And you just speed ahead to where we are today and animals are living in much different environments, much more akin to nature.”

The ideal zoo environment, according to Maple is one that is big enough for animals to move around in, forage and explore.

“It's not just quantity, it's quality,” Maple says. “We now know that and there's been a lot of research on this — that it's what happens inside that environment or what's possible. What can the animals do? And you have to set this up, to give them a natural life. We are trying more and more to give them the kind of life they would have in the wild absent, dangerous things that would happen to them in the wild.”

“If you put animals in groups, they're a lot more social,” Maple says. “We haven't built big enough herds. You often see an elephant — one or two or three. We need 10, 12, 15 elephants in a group. But zoos have to build much bigger facilities, much more flexible and complex facilities. And that's exactly what they're doing.”

Some people would argue that animals should have as little interaction with humans as possible, and even that zoos should not exist. Maple, however, says psychobiologists and zoo experts are changing their minds about this.

“There was a time when we thought, well, you know, we just can't possibly interact with them, they're going to become humanized. But as a matter of fact, these animals can live in both worlds. They're able to interact with us, even communicate with us,” Maple says. “Many of the apes, as a source of enrichment are actually operating joysticks, pushing on computer screens in order to communicate with their staff. They don't mind doing it and they enjoy doing it."

"We just have to be careful to allow them to be gorillas or to be elephants.”