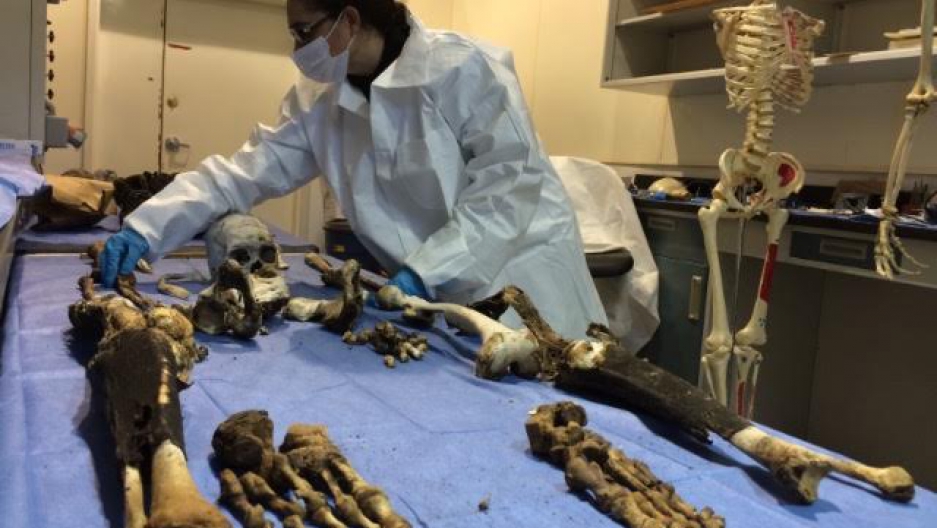 A technician examines human remains at a morgue in Chihuahua city, Mexico.

Mexico is capping an eight-year effort to transform its justice system.

On Saturday, the country is going from a mostly closed system of written proceedings to one that opens up trials to the public and grants people accused of a crime more rights.

The nationwide reform was passed as a constitutional amendment by Mexico’s congress back in 2008. Its goal is ambitious — to combat the country’s high rate of impunity. A study from the Inter American Commission on Human Rights finds that 98 percent of crimes in Mexico go unsolved.

Mexico’s old judicial system was outdated and ineffective. Critics claimed it put more innocent people in jail than it punished true criminals. Trials for misdemeanor crimes dragged on for years and the golden ticket to a conviction was often a confession obtained through torture. Police were subject to bribes and the accused wasn’t always guaranteed access to a proper defense. Judges made rulings based off arguments and evidence submitted in writing, typically in an office space that wasn’t set up to receive the public.

The new system inserts accountability into the process. Trials now require oral arguments before a judge and are open to the public in newly constructed US-style courtrooms. The burden of proof falls on the government, meaning the prosecution must convince a judge that the person accused of a crime is truly guilty. Proof must come in the form of witnesses and scientific evidence.

The US has given millions in federal dollars to help Mexico undergo this transformation. Most of it has gone to train lawyers and judges. A smaller amount has gone to train police, which is the part of the reform that’s most behind schedule. That’s a problem because good police work is the foundation of the system. If police don’t collect the necessary evidence to make case, or collect evidence improperly, criminals could walk free.

Some states, like Chihuahua, are further along than others. Police there have gone to trainings in US cities like El Paso, Santa Fe and Chicago. The state has two DNA labs, whereas 15 years ago it had none.

But the new system faces some of the same challenges as the old system, namely outside interference from both political forces and organized crime. Judges who have made unpopular rulings have been forced to resign under pressure from political leaders. Organized crime can influence the outcome of a case with bribes or threats.

In the long run judicial reform is meant to help Mexico strengthen its rule of law, which could result in building greater trust with the United States. That would allow for deeper binational collaboration on shared issues such as drug trafficking or trade. It could result in the US lifting travel warnings in Mexico, making Americans more comfortable about traveling there and businesses more confident about investing there.

If successful, judicial reform could make for a safer, more prosperous Mexico.