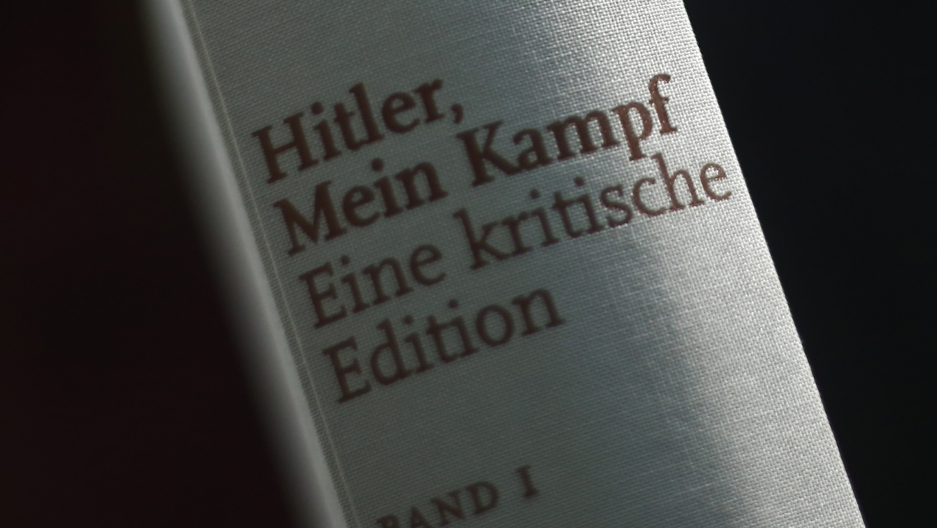 A copy of the book 'Hitler, Mein Kampf. A Critical Edition' is displayed for media prior to a news conference in Munich, Germany January 8, 2016. For the first time since Adolf Hitler's death, Germany is publishing the Nazi leader's political treatise 'Mein Kampf' ('My Struggle') unleashing a highly charged row over whether the text is an inflammatory racist diatribe or a useful educational tool.

More than 70 years after the end of World War II, Adolf Hitler’s writings are suddenly popular again — and German state prosecutors are considering legal action to keep them in check. Not since the Nazi era has the dictator's book 'Mein Kampf' been so freely available in Germany.

The debate over ‘Mein Kampf’ goes back decades, but this year marked a big shift in its history. Until the end of 2015, the Bavarian government held the book’s copyright. But this year, it entered the public domain.

Publishers responded with several new editions, starting with an annotated version released by historians in Munich. This month, the Italian newspaper Il Giornale gave away free copies of their own annotated edition. Both editions were criticized by some Jewish groups, but because they were academic in nature, they aimed to put Hitler's destructive and hateful ideas in context. Il Giornale's editor said he hoped the book would allow readers to “study what is evil to avoid its return.”

So far, there's one edition that is decidedly not academic. It's essentially the same text that Hitler released in 1925, printed by a right-wing publisher called Der Schelm. The name translates to “Prankster,” but its anti-Semitic titles (including “Zionism, Enemy of the State” and Henry Ford's “International Jew”) are anything but a joke. It's this edition that has prompted state prosecutors to consider a lawsuit, based on the allegation that the book could incite violence.

Still, when I reported on Hitler's legacy in advance of the new editions last year, I was surprised to find relatively little anxiety around the dictator's writings. A friend who regularly attends German anti-fascist demonstrations told me that considering the book's availability online, new editions weren't likely to change anything. A historian who fled Nazi Germany as a boy — and who discovered Hitler's second book — told me that it was about time a new German edition came out.