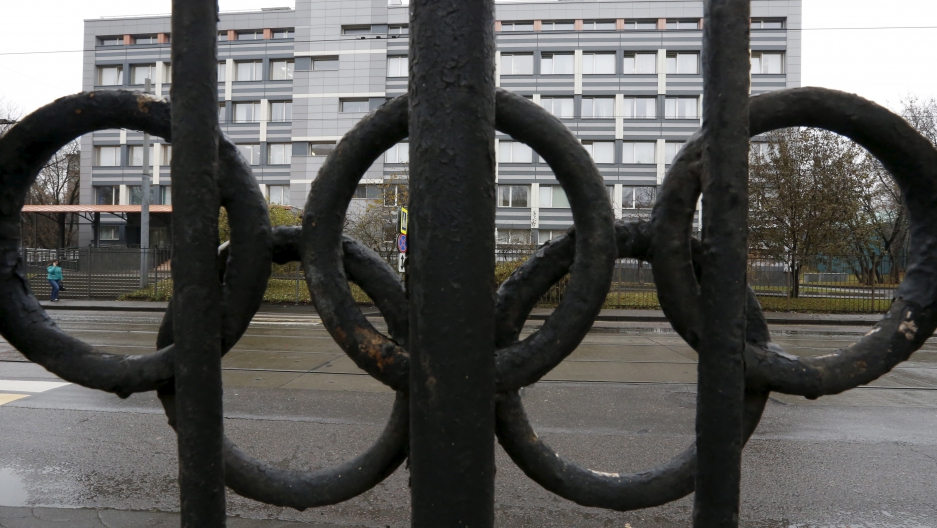 A view through a fence, decorated with the Olympic rings, shows a building which houses a laboratory accredited by the World Anti-Doping Agency (WADA), in Moscow, Russia on November 11, 2015.

You won't see any Russian athletes on the track for the Summer Olympics in Rio. The international governing body for track and field upheld a ban on Russian athletes after reports of systematic, state-sponsored doping.

The World Anti-Doping Agency is charged with keeping the Olympics and other competitive sports fair. But we also know how easy it is to beat their tests — just ask any number of Tour de France riders.

One of my colleagues at the BBC proved not long ago that doping your blood in small increments could easily go undetected. And athletes continue to find new ways to gain an edge.

But what if a Russian Olympic athlete sends an email to WADA saying the sports authorities in Russia are systematically cheating? That should be an easy call, right?

But that's not what happened.

Even With Confession of Cheating, World’s Doping Watchdog Did Nothing

In 2012, a Russian discus thrower named Darya Pishchalnikova implored WADA to help her. Ian Austen with the New York Times co-reported a story showing that WADA ignored it.

"It’s actually even more appalling,” he says. “They didn’t just ignore it. They turned around and sent a letter to her sports federation, saying she had raised these concerns. So they snitched on her in effect.”

It makes you realize that WADA had known about Russian doping for years before anything happened. Austen says it also shows that WADA is an extremely conflicted organization.

The news really makes you feel like there is every reason for an athlete to dope. It’s easy to do and the people who test it can’t be trusted. So what can be done to kick sports’ addiction to drugs?

“I think a starting point is to completely scrap WADA. Maybe we just start all over again," Austen says.