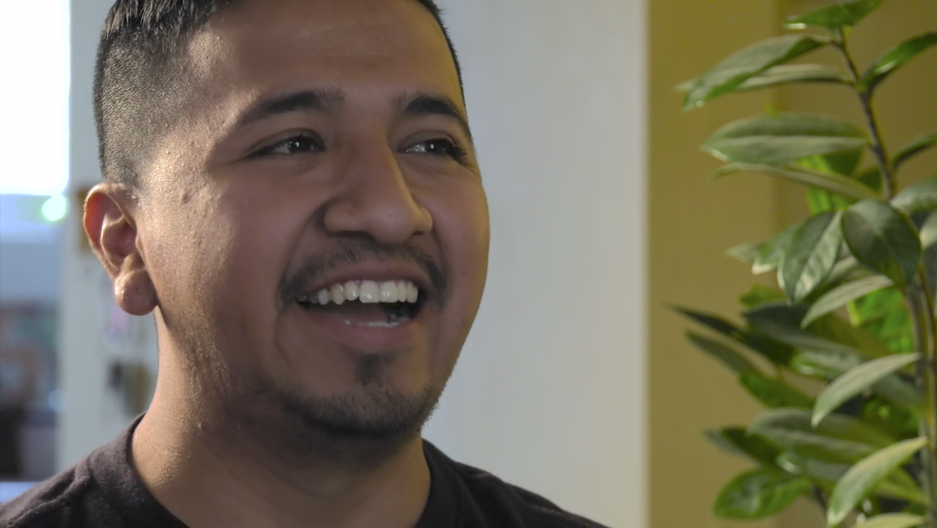 Dago Bailón remembers realizing he was undocumented, and what that would mean for his future.

He was a junior in high school. His economics teacher had planned a trip to Hawai'i for an academic decathlon. In order to go, Bailón had to fill out a form. In order to fill out the form, he needed a social security number.

He didn't have one.

"I realized at that moment that I was not going to be able to be part of the program and that there was going to be more barriers to come," he recalls.

It made him feel like he was the only person who was facing those kinds of problems. "I just kind of shut down," Bailón says.

But a couple of years later, a law passed by President Barack Obama — Deferred Action for Childhood Arrivals (DACA) — helped Bailón stay in the US.

And before that, circumstances had pushed him to become an activist. In 2006 he started campaigning against Arizona's Proposition 300, which took away scholarship opportunities due to his undocumented status. Bailón said the work gave him butterflies because it took acknowledging his status in public. It was both liberating and very scary.

It was the same feeling he had when he came out as gay.

"I was going public about my status. I felt uncertain, I felt like I was gonna lose a lot of my friends," he says. "I felt alone again ... and when I came out of the closet it was the same feeling. Those butterflies that I thought had gone away had not."

Bailón was 23 when he came out to his parents.

"My parents didn't take it lightly. I had to sit them down and really talk to them," he says. "I realized that they were really important in my life and that I wanted them to be part of my life. I sat them down and told them that it had been 23 years of lying and suffering, and that I wanted to wake up the next day feeling like a complete person, and that meant that I needed to tell them that I was gay. My mom cried and my dad pretended not to hear, but in the end my mom said 'what kind of parents would we be if we didn't support things that you do.'"

In a way, Bailón came out twice: as undocumented, and as gay. He soon realized that experience wasn't so rare — and it still isn't. In last weekend's mass shooting at an Orlando gay club, some of the victims weren't out to their families, either.

Today, he offers guidance to other immigrants who want to come out, and helps parents of these immigrants accept their children. His group is called Trans-Queer Pueblo, and it focuses on working with families.

"We understand that when we come out of the closet, also our parents are forced out of the closet with us," Bailón says. "We have a family acceptance program in which we educate parents about identities and the curriculum that we have is rooted in our migrant and people of color experiences. ... [With] our parents there is a lot to work with. There is a lot of love and we have to start from there."

Bailón is featured in a documentary by Venezuelan filmmaker Juan Freitez and produced by Guatemalan Journalist Pita S. Juarez. You can watch a preview below.