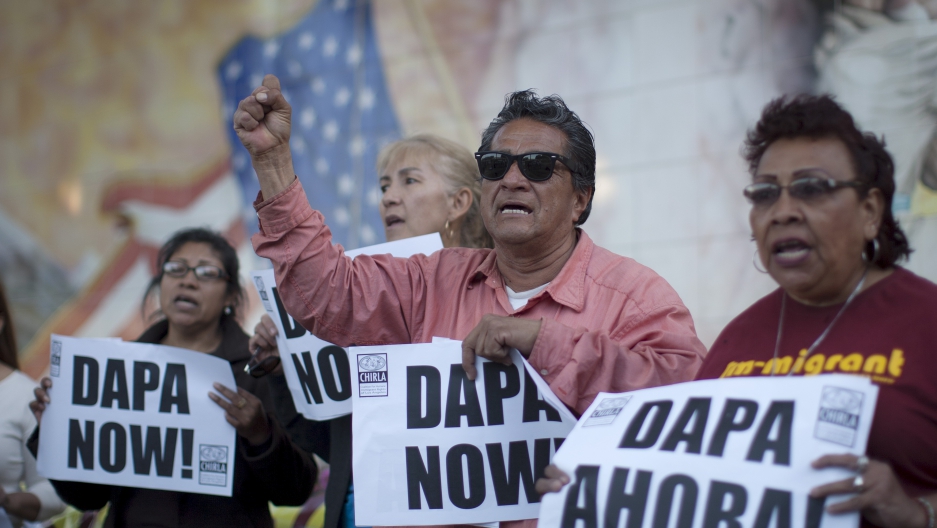 Members of the Coalition for Humane Immigrant Rights of Los Angeles demand for the passage of an executive action that would temporarily suspend the deportation of millions of long-term undocumented residents in the US on April 16, 2015

Sometime this month, the Supreme Court is expected to make a critical decision on the Obama administration’s pair of executive actions on immigration.

The Deferred Action for Parents of Americans and Lawful Permanent Residents (DAPA) and Deferred Action for Childhood Arrivals (DACA) programs would give as many as 5.2 million people in the US — many of whom have been here for years — temporary relief from deportation.

Several questions are at play in the case, United States v. Texas: Is it lawful for the president of the US to intervene in immigration law with executive action? Can immigrants who are given this relief also be given permission to work? (The American Immigration Council notes that every US president since 1956 has used his discretion to give relief to immigrants.)

With legal questions about executive discretion to stall deportations up for grabs, few are questioning the authority of the federal government to deport immigrants in the first place.

Some 123 years ago, before deportation was recognized as a standard procedure in American immigration enforcement, three Chinese laundry workers living in New York City questioned that authority in the Supreme Court.

In 1893, Fong Yue Ting, Wong Quan and Lee Joe were part of a movement in the Chinese American community that sought to challenge the Geary Act, an 1892 law that extended the Chinese Exclusion Act of 1882 and made Chinese residents vulnerable to deportation if they did not carry residency certificates — even if they were long-term residents of the country. 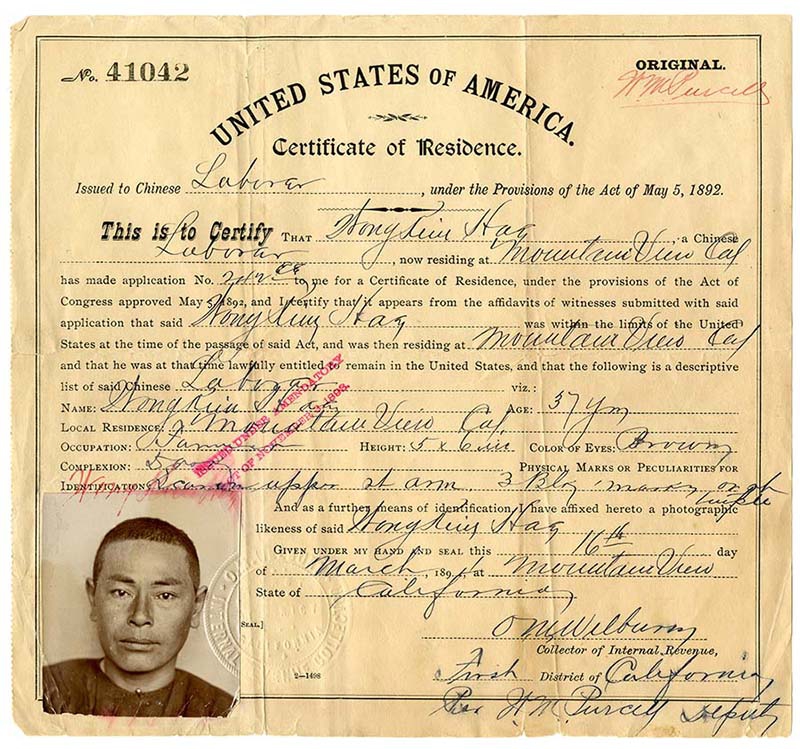 Their lawyers argued that deporting long-term residents of the US was not just morally deplorable and would stain the country’s reputation as a humane and just nation — they also claimed it was unconstitutional. In an article in the Journal of American Ethnic History, historian Torrie Hester says the three men’s legal team argued that the US Constitution did not grant the federal government authority to deport individuals residing on American soil. They said that prospective deportees have the right to a trial by jury. Provisions in immigration law that specifically targeted Chinese for exclusion and deportation, they said, also violated the 14th Amendment’s promise of equal protection under the law.

The Supreme Court disagreed. In a 6 to 3 decision, the justices ruled against Fong, Wong and Lee. The majority’s ruling upheld that deportation was not a punishment at all. They described it as an administrative procedure that was not just necessary to safeguard the nation, but the sovereign right of every national government.

In other words, they framed the federal government’s right to deport immigrants as a given, as a tool of the nation’s governing power. Now, 123 years later, the question before the Court is to what extent the president can choose how he or she uses that power.

All three justices in the minority opinion, including Melville Fuller, the court’s chief justice, wrote dissenting opinions. Justice David J. Brewer led the charge with a lengthy statement that criticized the majority for issuing a ruling that, he claimed, granted the US federal government unchecked legal authority to deport immigrants from the country.

The issues he raised parallel the questions at the heart of the Supreme Court’s pending decision on DAPA and DACA today. While the majority decision enumerated the government’s sovereign right to deport, Brewer reminded his colleagues that long-term, non-native residents of the country “are entitled to a more distinct and larger measure of protection than those who are simply passing through, or temporarily in it” — a protection, he claimed, recognized by national governments around the world.

The Obama administration is waiting now to find out if the court will allow executive action to temporarily halt the deportations of undocumented parents of American citizens and people brought to the US in their youth without documents. At the turn of the century, Justice Brewer warned about the limits of the government’s deportation authority. If deportation was held as a national government’s sovereign right, he asked, “Where are the limits to such powers to be found, and by whom are they to be pronounced?”

Brewer and his fellow dissenting justices warned that Fong Yue Ting V. United States would enshrine the federal government’s authority to deport without limits — an authority that the Obama Administration has been known to utilize. If DACA and DAPA are upheld, the administration will use that authority again, but to place some restrictions deportations.

The potential consequences of the government’s nearly unlimited authority to deport immigrants was clear to Brewer. “Every one knows,” he wrote, “that to be forcibly taken away from home, and family, and friends, and business, and property, and sent across the ocean to a distant land, is punishment; and that oftentimes most severe and cruel.”

In 2016, the Supreme Court will be asked whether the government has the power to rein in that punishment.