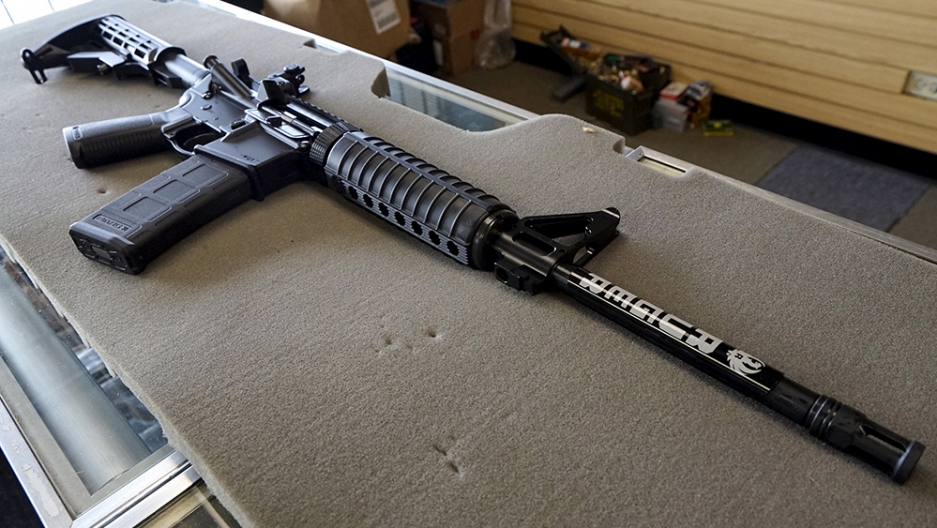 A new Ruger AR-15 rifle is seen for sale at the Pony Express Firearms shop in Parker, Colorado December 7, 2015. Many Americans are stocking up on weapons after the country's worst mass shooting in three years. Gun retailers are reporting surging sales, with customers saying they want to keep handguns and rifles at hand for self-defense in the event of another attack.

The database has recorded 81 cases from 1982 all the way to the recent shootings at an Orlando gay club on June 12. According to the data, there have been a total of 670 people killed and another 647 injured in those attacks. Mother Jones, for this dataset, first defined a mass shootings as any shooting from 1982 to 2012 with four or more fatalaties. A data change in 2013 means that those more recent cases are shootings with three or more fatalaties.

It also excludes shootings that are related to more conventional crimes such as armed robbery or gang violence.

This GIF packs all the cases from 34 years into 10 seconds.

The interactive map below allows you to explore details of each mass shooting.