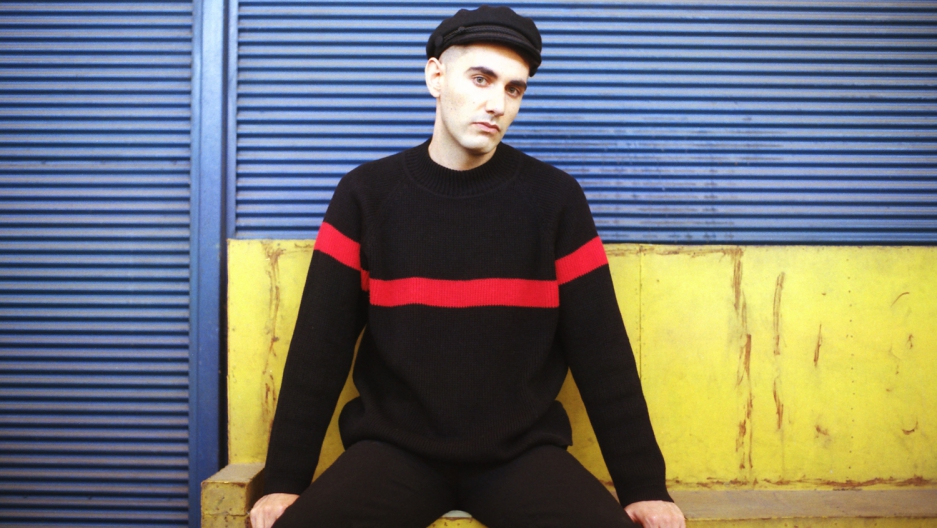 In the socially conservative country of Chile, the threat of violence against LGBT people is ever-present. In March of 2012, Daniel Zamudio was beaten, mutilated and left for dead by a homophobic gang in Santiago.

In the wake of Zamudio's death, many queer Chilean youth found solace in one song, "Cómo Puedes Vivir Contigo Mismo?" (How can you live with yourself?) by Chilean pop star Álex Anwandter.

Anwandter is not a long-haired hippie strumming an acoustic guitar. Instead, to empower LGBT communities, he is using the music in which LGBT people found refuge during a turning point in gay-rights history.

Despite homophobia in his home country, Anwandter is using his music to call the public's attention to intensely personal queer stories.

The lyrics of the song call for self-love in the face of a society that tells him his queer life is sinful. Anwandter explains his verses serve as a response to the insult presumably hurled at him by society: "How can you live with yourself?" to which he replies: "I am not afraid."

The video for "Cómo Puedes Vivir Contigo Mismo?" is a reference to the 1990 documentary "Paris Is Burning," which brought New York City's LGBT ball culture out of the underground, to mainstream attention. Anwandter hopes his music has a similar effect for LGBT awareness in Chile.

"Visibility," Anwandter says, "is a very powerful weapon in these discussions. It's basically a performance of oneself. That is one of the most powerful things you can do, being proud of yourself and achieving visibility."

"Visibility" to Anwandter means amplifying LGBT issues in popular culture. And he says now that is more necessary than ever: Anwandter sees queer issues consistently ignored in Chilean media, even in coverage of Sunday's shooting that left dead 49 attendees of an LGBT club in Orlando.

"What I found most troubling is the lack of reflection on how [homophobia] exists in our society, in Chile," he says. "There has been absolutely nothing on that. I even saw some jokes/memes on social media about the attacks. It's quite discouraging."

The pressure to stay home is tremendous amid fears that LGBT gatherings will be targeted for attack, especially in the wake of the Orlando shooting.

That kind of violence puts the LGBT community in the spotlight in a different way: by showing the hatred and fear directed at queer people around the world on a daily basis.

Even still, the violence only serves to reignite the discussion of LGBT rights temporarily. That's also a reminder of how far there still is to go, and it makes Anwandter's popularity all the more important.

He's released a new album, "Amiga," and recently made his directorial debut with "Nunca Vas A Estar Solo" (You Will Never Be Alone), which came out to widespread critical acclaim. The film is a fictional account of the killing of a young gay man in Chile, drawing heavily from the story of Daniel Zamudio.

CORRECTION: In an early edition of The World we mistakenly reported that Alex Anwandter wrote his song "Cómo Puedes Vivir Contigo Mismo?" (How Can You Live With Yourself) in response to the murder of Daniel Zamudio. The song was played at Zamudio's funeral but was written before his death.