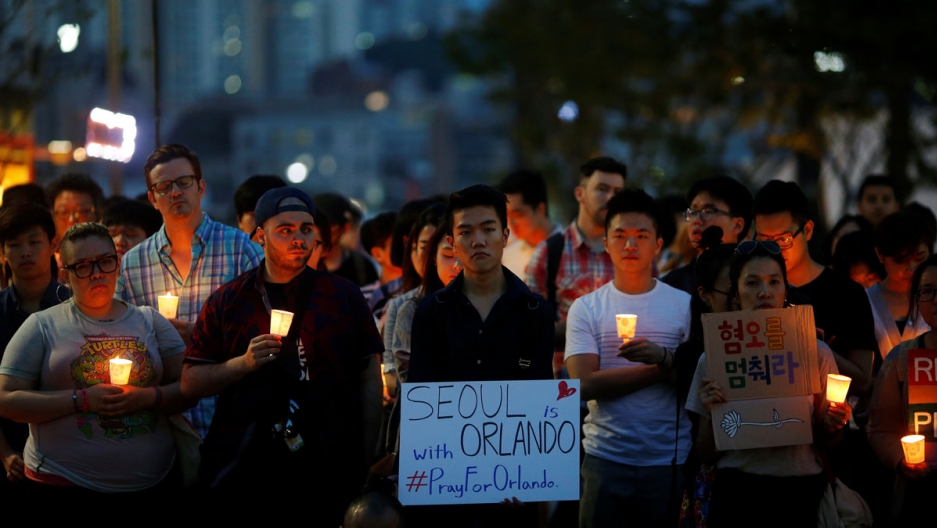 People attend a candlelight vigil in solidarity for the victims of the Orlando gay nightclub mass shooting, in Seoul, South Korea.

The tragedy in Orlando is now the worst mass shooting in modern US history. While the investigation unfolds, people have taken to the streets to show their support for the 49 victims who were killed.

Here is a selection of photos from cities around the world, showing how this tragic incident has brought people together to stand in solidarity with Orlando. 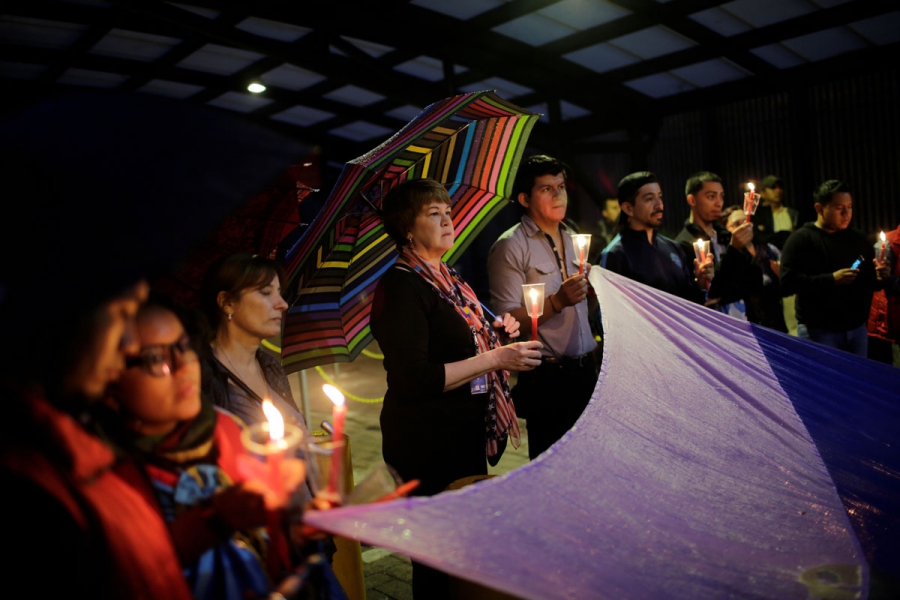 People take part in a vigil for the victims of a mass shooting at a gay nightclub in Orlando, outside the US embassy in Guatemala City, Guatemala. 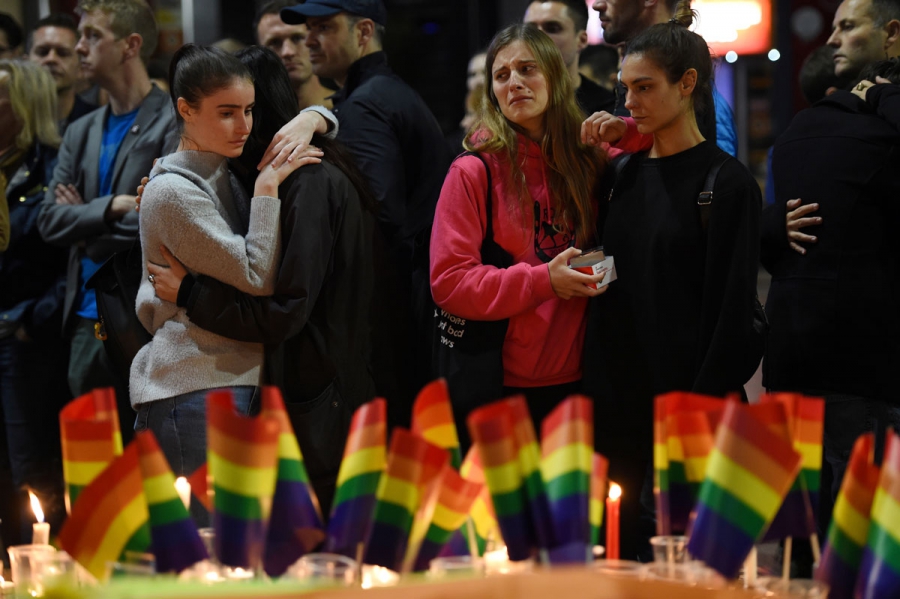 People gather at a vigil in solidarity for the victims of the Orlando nightclub mass shooting at Taylor Square in Sydney, Australia. 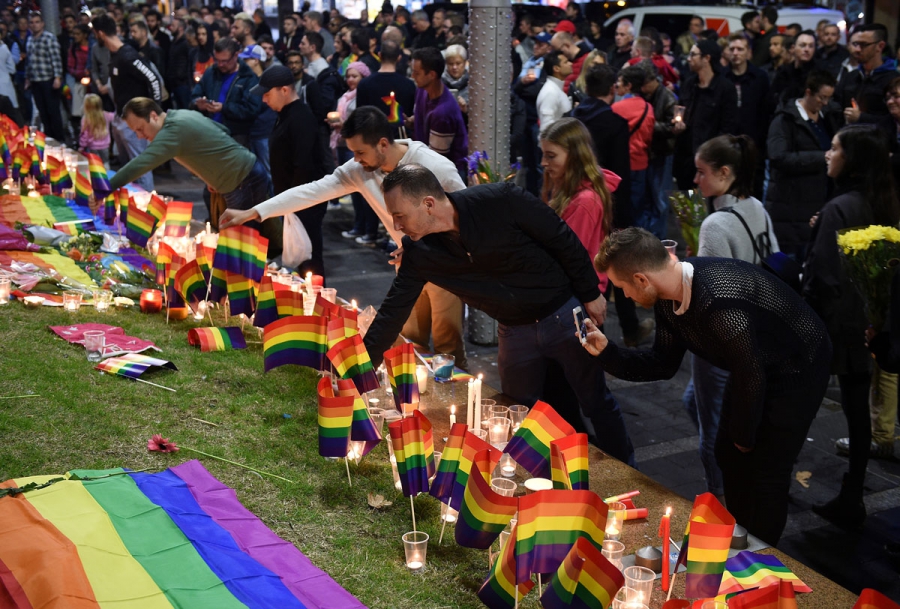 Another image of solidarity with Orlando from Taylor Square in Sydney, Australia. 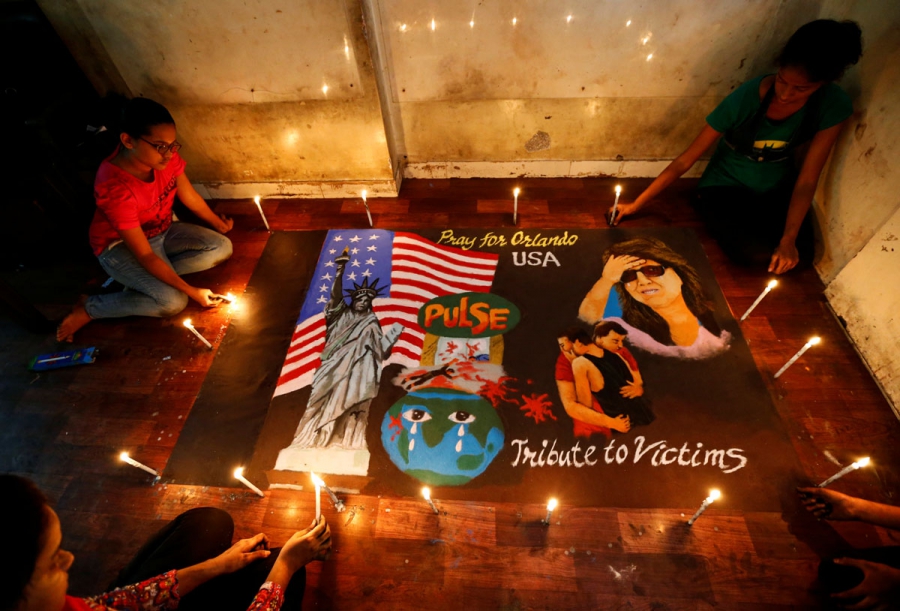 Students light candles around a rangoli, or mural made out of colored powders, for the victims of the shooting in Orlando in Mumbai, India.

Related: The latest on the aftermath of the Orlando shooting 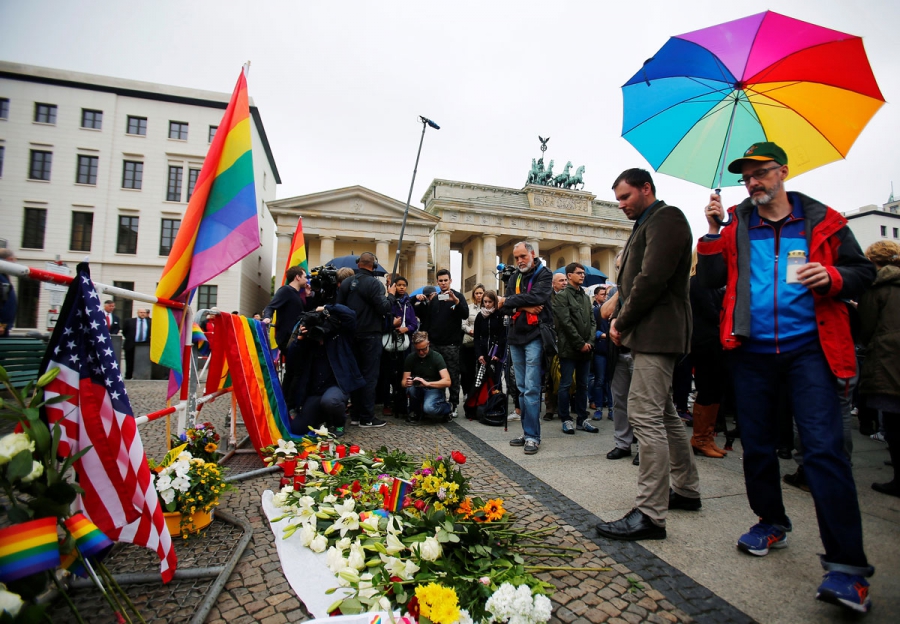 A man places a candle for the victims of the Orlando shooting in front of the US Embassy and Brandenburg Gate in Berlin, Germany. 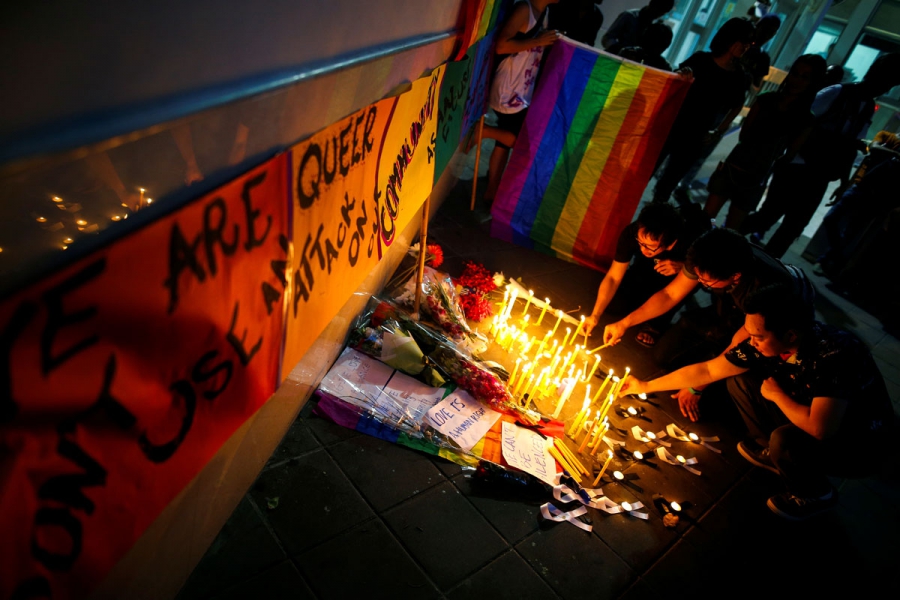 People attend a candlelight vigil in solidarity for the victims of the mass shooting in Orlando, at the US Embassy, in Bangkok, Thailand.

Related: Do gun control debates ever change anything? In these countries they did. 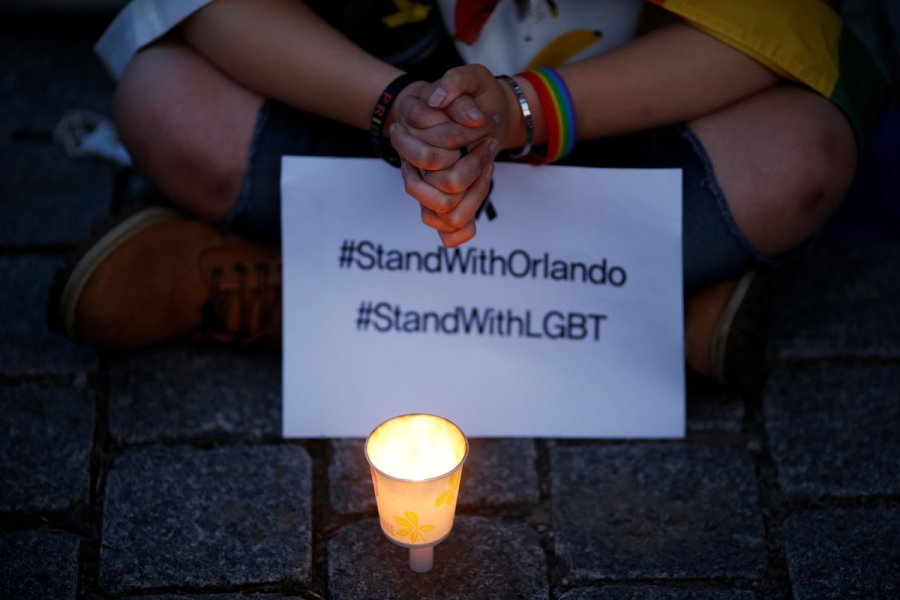 A woman prays during a candlelight vigil in Seoul, South Korea. 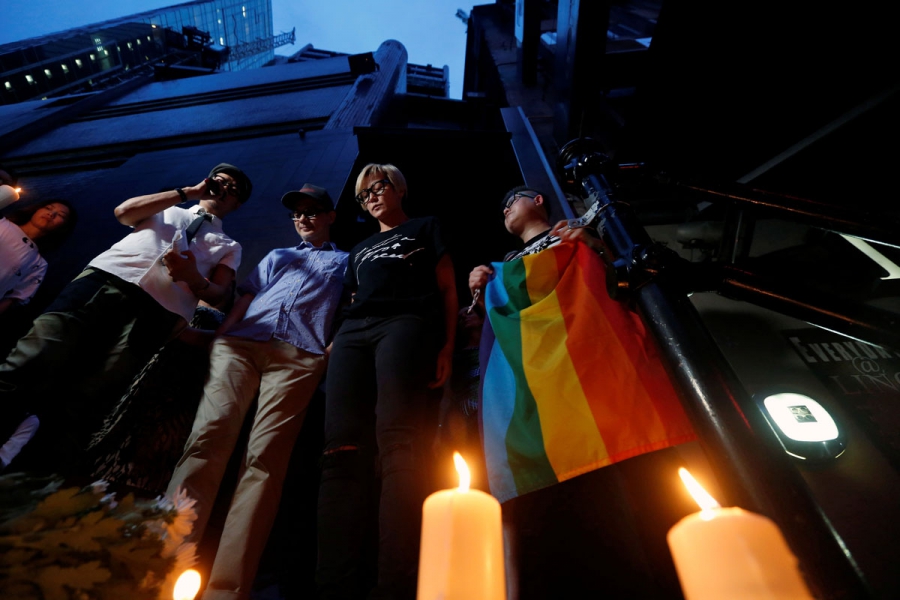 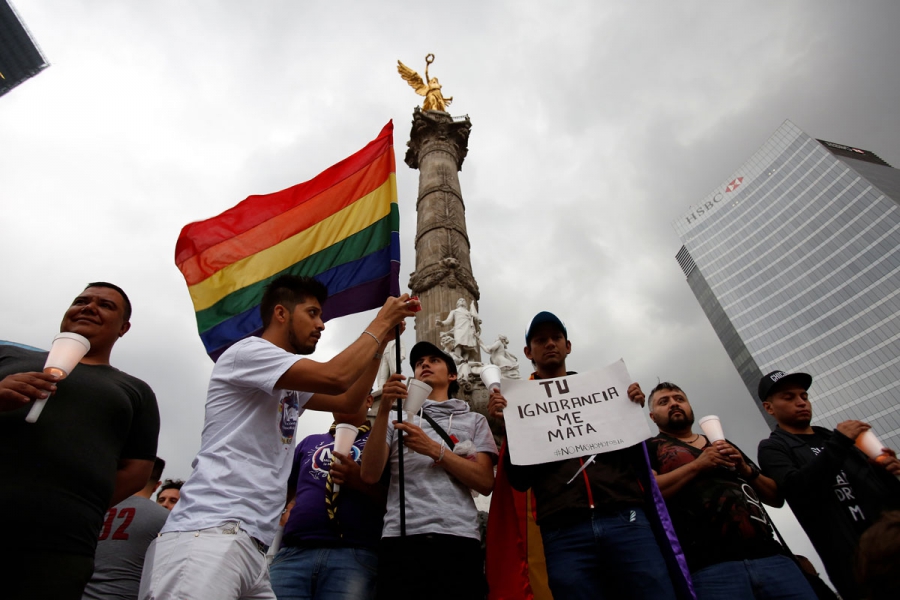 Members of the LGBT community take part in a vigil for the Orlando victims at the Angel of Independence monument in Mexico City, Mexico. 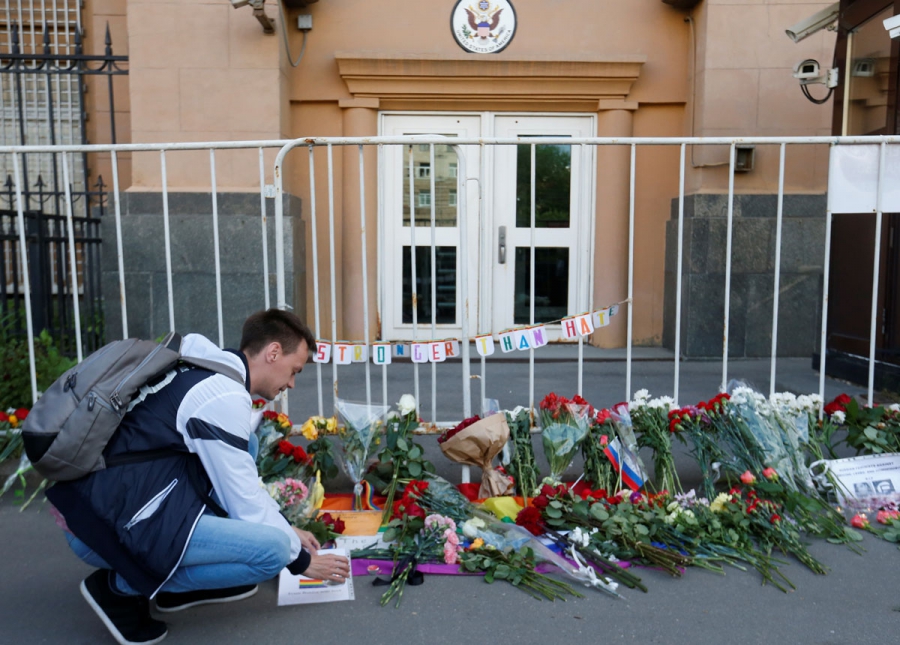 A man places a candle for the victims of the Orlando shooting in front of the US Embassy in Moscow, Russia.