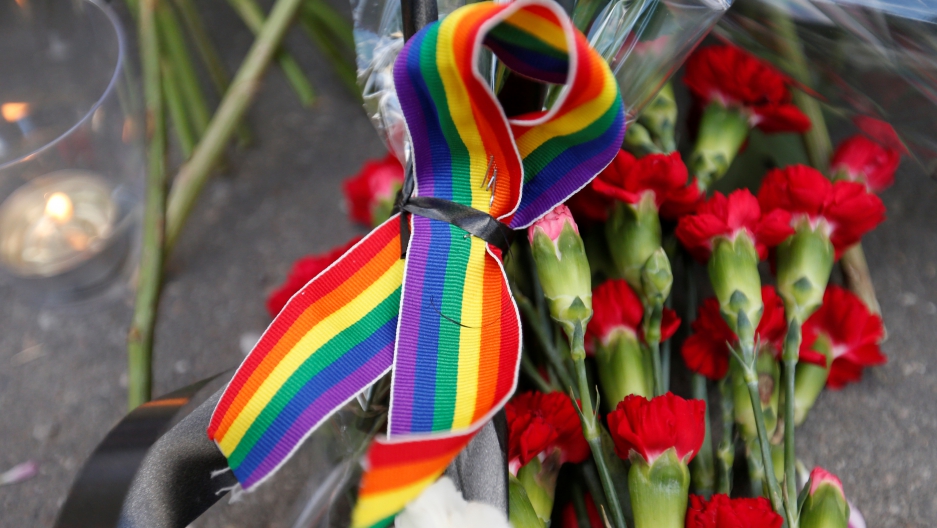 A rainbow ribbon, a candle and flowers for the victims of the shooting at a gay nightclub in Orlando are seen in front of the US Embassy in Moscow, June 13, 2016.
Credit:

I called my 80-year-old Afghan mother in Fremont, California, last night. She was watching TV, ongoing coverage of the Orlando shooting, the largest shooting massacre committed by a man in modern American history. She kept repeating the shooter’s name: Omar Mateen. He was of Afghan heritage.

“Mateen” means serene in Arabic and in Farsi. His actions were anything but.

My mom lives in the Fremont neighborhood known as Little Kabul. “What’s going to happen to us? Is the police going to come door to door and search our homes?” she asked.

Her questions conveyed the fear and shock we’re all feeling. The Afghan-American community that I belong to is small, maybe 300,000 with the majority living in California. We’re refugees who escaped the Soviet invasion, the Mujahideen’s civil war, the Taliban brutality and the latest violence committed by nefarious groups including ISIS. We’re defined by trauma and resilience. But we don’t commit massacres in America.

My social media feed is filled with soul-searching from Afghan-Americans, and apologies to LGBTQ people. But it’s also filled with denial and deflection: He was just a lone wolf, a mentally ill lunatic, and there’s no need for Afghans to even acknowledge his heritage. If a white man commits the crime, all white Americans don’t take responsibility. Why do we have to?

Well, because he wasn’t a white man. He had an Afghan, Muslim name and parents who came from Afghanistan; a father with a community TV program who even after the shooting said God will punish homosexuals — so his son shouldn’t have. 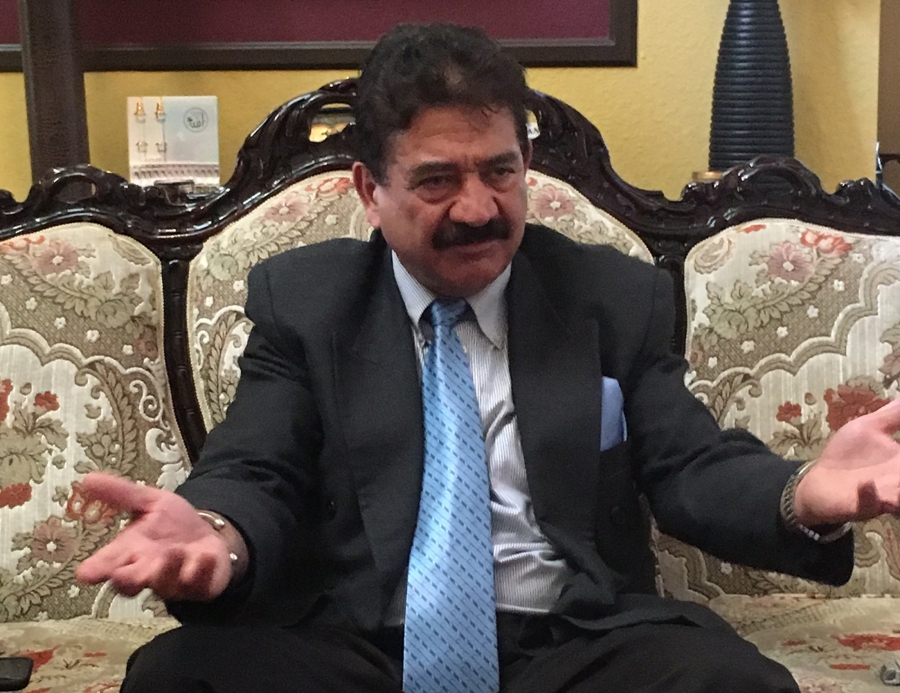 Seddique Mateen, the father of Omar Mateen, who attacked a gay night club in Orlando before being shot dead by police, speaks with reporters at his home in Port Saint Lucie, Florida, June 13, 2016.
Credit:

Mateen fits the picture of a modern jihadist: an alienated, unstable second-generation Muslim who knew little about Islam but associated with ISIS and their bigotry. We as a community didn’t turn him into a homophobic jihadist, but we looked away while he became one. So did law enforcement, by allowing him to purchase automatic weapons.

This was the first time a man of Afghan heritage took so many lives on American soil. And it must be the last. One way we can prevent more members of our community from becoming gun-toting killers is to confront our demons of homophobia and religious intolerance.

The other is obviously to lobby for gun control.

Our community took the spotlight for the first time after September 11, 2001, when most of us supported the US-led war against the Taliban. The media coverage showed Afghans as the victims, not the perpetrators. The narrative has changed 15 years later. We’re clumped together with the rest of the Muslim-American community, often tagged with extremist and intolerant labels.

Most Afghans are almost too tolerant. The homophobes and radicals exist but we refuse to acknowledge them. We look the other way; don’t ask, don’t tell. If Mateen had won an award, we would have claimed him as ours. But now that he’s a mass murderer, he is viewed as an outsider. Disowning him and many others like him allows us to shun the responsibility of confronting our demons.

In many Afghan American homes, homophobia is normal. If a son or daughter is gay, it’s a well-kept secret, one that could ruin the family name if it’s revealed.

Several of my friends are gay but scared to come out — they fear dishonoring their families or being beaten or ostracized by them. One of my high school friends in Fremont was hospitalized after a group of Afghan American men found out he was gay. I never saw my friend again.

Muslim Americans in general have become so defensive, so fearful of Islamophobia, that we’ve curtailed critical discussions within our own communities about social issues like homophobia and domestic violence. The accepted view has become to keep our dirty laundry to ourselves because our communities have become targets of hate in mainstream America.

But keeping secrets is disempowering, and creates more intolerance on all sides.

As soon as I heard the news on Sunday, I posted this on Facebook:

The Orlando and LGBTQ community, I'm devastated and beyond sad for your loss. I have always supported and written about the LGBTQ community and stood up against the bigotry they face in our own communities.

Afghans in America, this is going to be a hard day, a very bad day for our community but nothing compared to what families of the victims will go through. One of us has just committed one of the worst mass shootings in America. He was an Afghan-American, he was Muslim with radical leanings, he was a bigot. We're not all the same, but we're a small enough community to know each other. It could've been a white man, but it wasn't. Condemn him and his ideas. Stop making excuses. Stop your prejudice and bigotry against gays. Whether he was mentally ill, ideologically driven or just a homophobe, it doesn't matter. What matters is that we unite against bigotry and radicalism.

I hope this doesn't ensure a Trump presidency now.

The response was a mix of support and anger. An Afghan friend who’s gay and out to most of his family and friends responded, but was too fearful to reveal his name. I don’t blame him. The anonymity is telling that being Muslim and gay makes you a target of homophobia and Islamophobia.

My opinion is that, rather than talking about this guy being a mentally ill abuser and "not a Muslim," the real conversation is how common hate speech and homophobia is in the Afghan community. As I said before, he has a context and it's one we all know well. By being silent we are enabling people like this to develop into cancers like this man. I'd rather live in a world where "we are all responsible" rather than "he was just a crazy, so let's not talk about it."

Fariba Nawa is an Afghan American journalist, speaker and author based in Turkey.