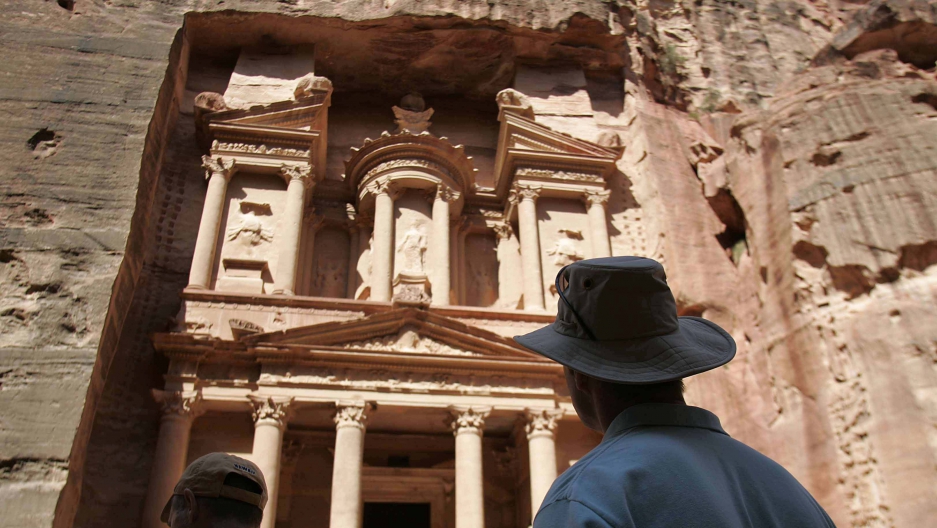 The ancient city of Petra, Jordan, is well known as the backdrop for dozens of Hollywood movies, from "Indiana Jones and the Last Crusade" to "The Mummy Returns."

Well, fiction aside, it looks like there really is a secret temple buried here.

Archaeologists have found a huge monument beneath the sand, just a few hundred yards from the city center. And they say the millions of visitors and thousands of archaeologists who’ve been to the city over the last 200 years have missed some amazing remains. 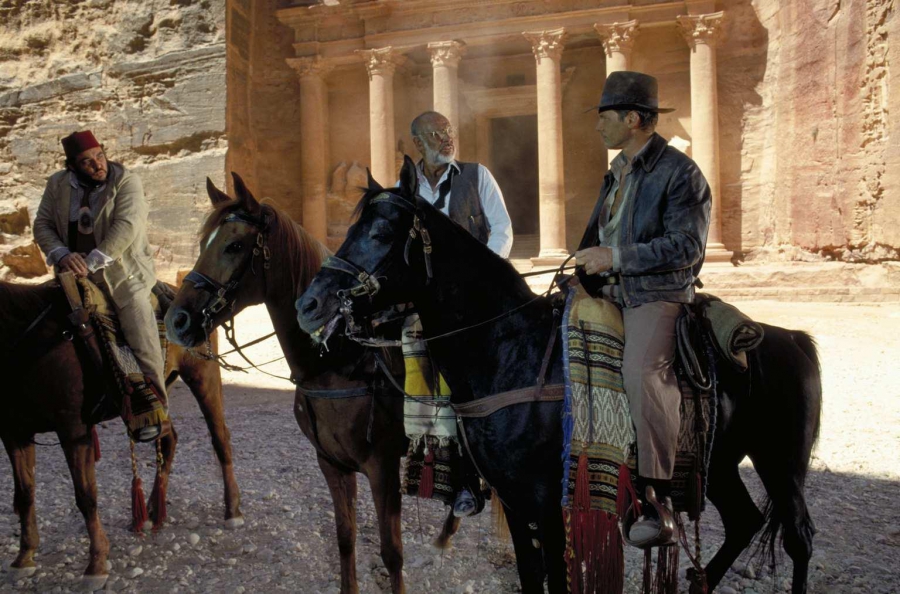 Indiana Jones and friends at Petra

Petra is a magical place, described by poet William Durgon as "a rose-red city half as old as time." It includes temples and tombs; narrow entrances through high red cliffs; and a 7,000-seat theater carved into the side of a mountain. Besides featuring in dozens of movies, Petra is visited by half a million tourists every year.

According to the Bulletin of the American Schools of Oriental Research, multiple structures have been found, but one is literally monumental. Like much of ancient Petra, the monument is partly hewn out of the red-tinted sandstone hills that the city was built on.

The biggest feature is a giant rectangular platform. It’s about as wide as a football field and about half as long (61 x 53.5 yds).

On top of that, supported by a mass of columns on one side and a set of giant stone steps on the other, is a second smaller platform — about the length of an Olympic swimming pool (50 x 48 yards).

And on top of that is a relatively small, square structure, which is also supported in part by columns.

But none of the details can be seen just yet, because nothing has been excavated. 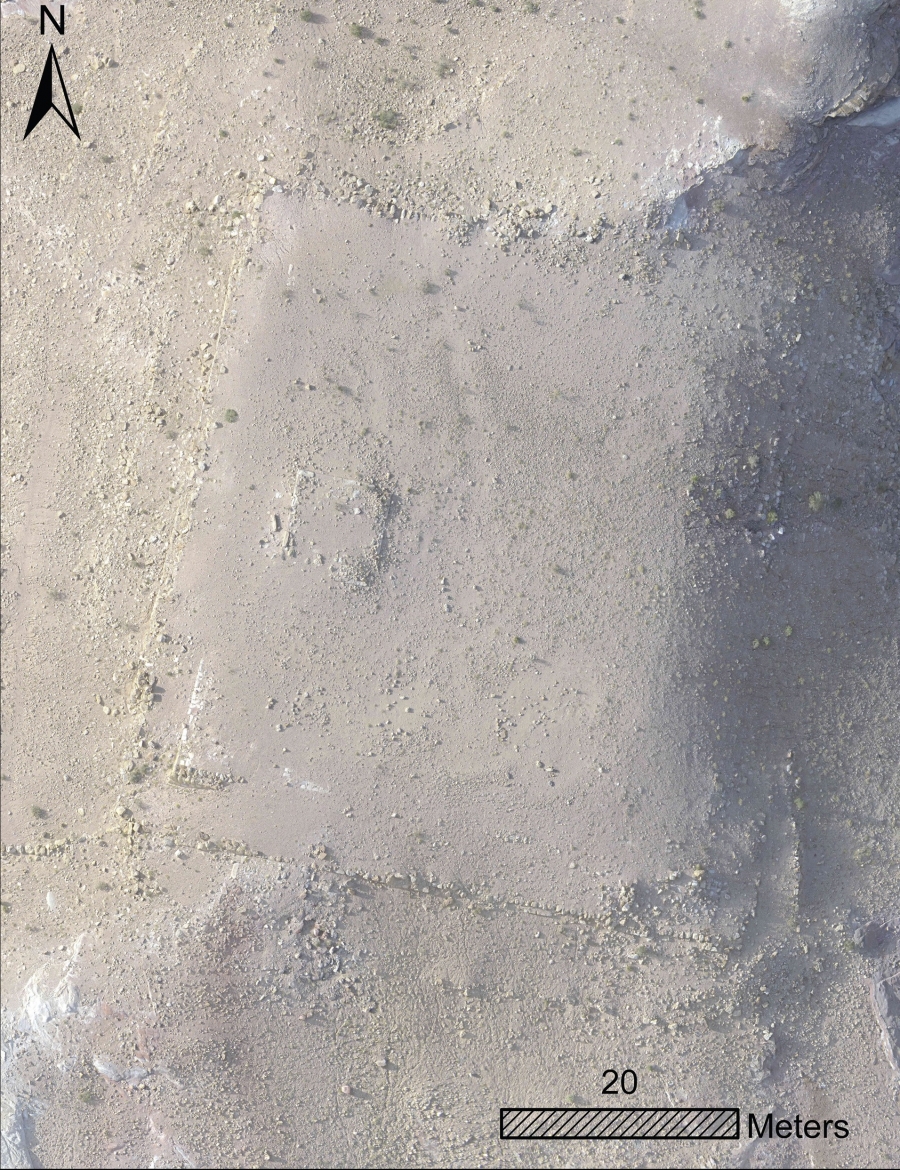 A drone image of the newly-discovered platform monument

I. LaBianca/Journal of the American Schools of Oriental Research

The discovery was made using satellite imagery, in an effort supported by the BBC and Digital Globe. Archaeologists used Google Earth Pro to search for potential overlooked structures in and around Petra. They then used drones to hone in on likely sites, with cameras and ground-imaging sensors. Finally, a team of experts "ground-truthed" the area several times.

No one knows the monument’s purpose yet, but the researchers suggest a ceremonial use, possibly religious. It's oriented to the east, and not toward the city center. Its builders — the Nabataeans — are believed to have incorporated an element of sun worship in their religion.

Petra was abandoned after earthquakes and Arab conquest nearly 1,400 years ago. The quakes and the region’s famous sandstorms eventually buried the monument.

The Nabataeans who built Petra started as a nomadic people in the transitional zone between Arabia and the "fertile crescent" of what’s now Iraq and Syria. Academics disagree about whether the Nabataeans spoke Aramaic or Arabic or both. Thanks to trade wealth, they expanded into more fertile areas and built a kingdom, of which Petra was the capital, that lasted for several hundred years. It was absorbed by the Roman Empire at the beginning of the 2nd century.

The monument is estimated to date from the mid-2nd century B.C.E., and its construction would have required a massive effort. But then, nothing in Petra is done on a small scale.

A panoramic view of part of Petra

The findings at Petra are published in the Bulletin of the American Schools of Oriental Research. If you have an academic JSTOR account, you can access the article here.