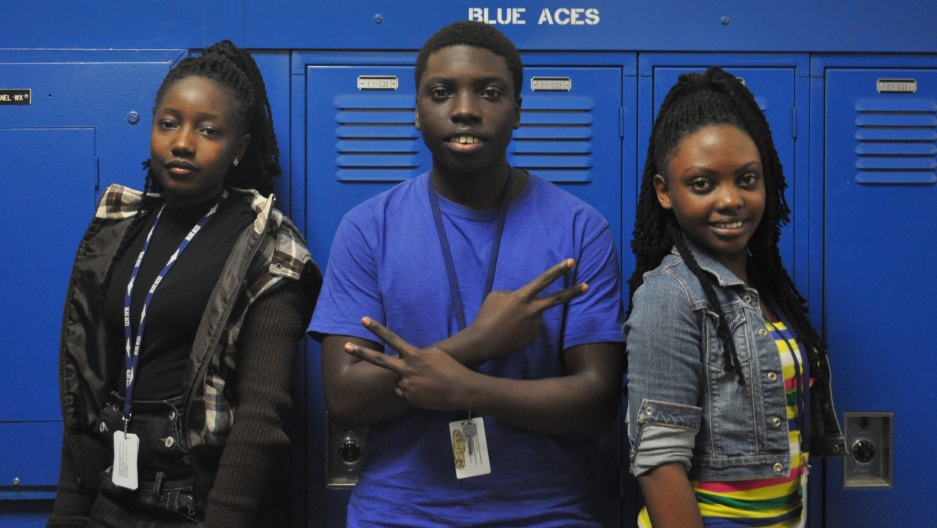 Isaac Twishime and his sister were born in the Democratic Republic of Congo. One day when they were little, their father was kidnapped by rebels, so their mother fled into the jungle with her two kids. For about 15 months, they lived in the forest. Isaac remembers drinking rainwater from trees and being afraid of wild animals, because they'd seen human remains in the forest.

“Sometimes we could run into skulls and skeletons of people who were eaten badly,” Isaac says. “It was a really tough life. I don’t know how we got lucky.”

Somehow they did get lucky. Isaac's family made it to Uganda, where they waited as refugees for eight years before being resettled in Wichita. They arrived last January. A week after arriving in the US, Isaac and his little sister Deborah Mukamugisha were sent to school. It wasn't an easy transition.

“I was used to my life back then, and now we have changed my life. And it's something very different,” Deborah remembers.

The language, the mixture of races, the cafeteria food, and the way students act toward teachers were all different from what they were used to in Africa.

Now Isaac is a junior, and Deborah is a freshman at Wichita East High School, which is the biggest high school in Kansas, with more than 2,000 students.

Their journey sounds almost unbelievable, but Melanie Townsend, who runs the English for Speakers of Other Languages program, has heard it many times.

“That’s a very common story that we hear from many of our students,” Townsend says. She says 58 new refugee students have enrolled in the high school in the past year and a half. “Many, if not most, were either born or raised in refugee camps.”

She knows all their stories and calls them "my kids."

While I'm interviewing students, Townsend sits across from them protectively, listening. She says some students have lived in refugee camps for a decade. Some have never had any formal education or even learned how to hold a pencil. Others are dealing with intense trauma and PTSD.

“That's a challenge that we have as a school district, how do we meet those needs? how do we support these students? Because they are challenges that we just haven't experienced before,” Townsend says.

Isaac's little sister Deborah says when she was in middle school she was bullied a lot. She and other refugee students were accused of stealing books, and kids would yell “Congo” or “Africa” at her in the hallway and on the bus.

“They are singing, 'You're African, you're ugly,'” Deborah remembers. “My heart is just like strong, because of the words that my mom told me. So if someone bullies it never actually gets [to me]; I am just like whatever. I don't care about the bullies.”

“Our kids are truly intense, and I think people forget and don’t understand that,” Freund explains.

Freund keeps the candy dish on his desk full, because kids and teachers stop by a lot. A small fridge behind his desk is stocked with soda; he chugged three during our interview.

The struggles are different too. This year his teachers had to figure out how to counsel a 12-year-old student who had been a child soldier.

“We don't just teach math, we have to understand psychology and basic hygiene sometimes for kids,” Freund explains. “The needs of our kids are so great.” 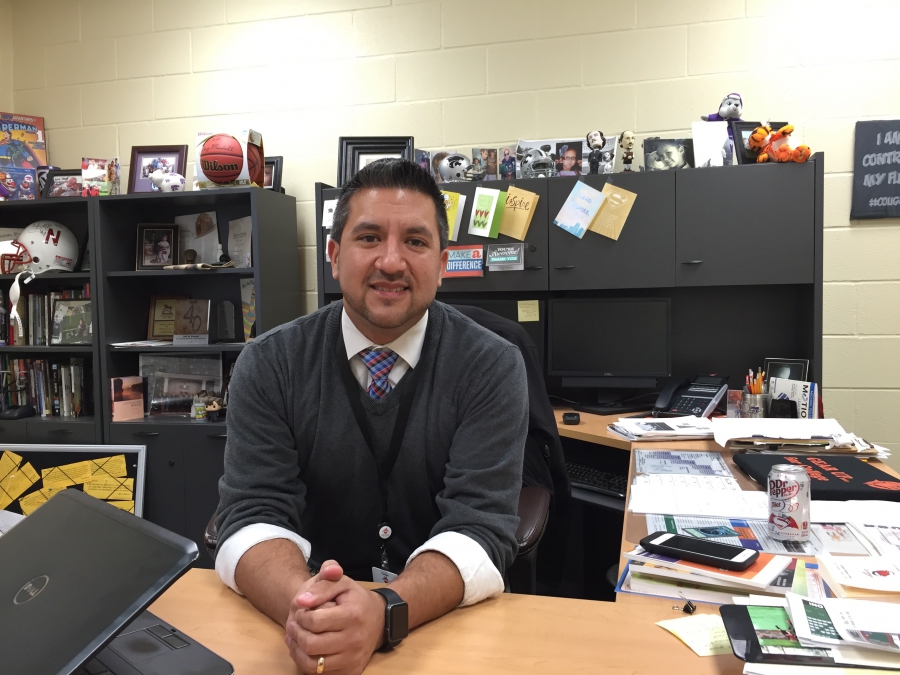 While enrollment is up, Freund says, his budget keeps going down.

This year, state budget changes are forcing Wichita public schools plan to cut around $23 million from their budget of $650 million.

Plus, Freund, Townsend and other school administrators worry that a growing anti-refugee sentiment in Wichita — and across the country — could trickle down into schools.

For Deborah,  the first year of high school has been great. She likes Shakespeare and this new vegetable — broccoli. Recently, she and her friends performed a dance to a Nigerian pop song at a school concert.

Back in Africa, Deborah, says, she heard a lot of rumors and promises about how life would be in the U.S.

“They tell that it’s wonderful, you are going to get a house, a car, a nice job, your kids go to school,” she remembers. “The only thing I have seen is the school, and I like it so much. Because other things they promise don’t happen, but at least the school thing happens.”

For Deborah school is a pretty great place right now.