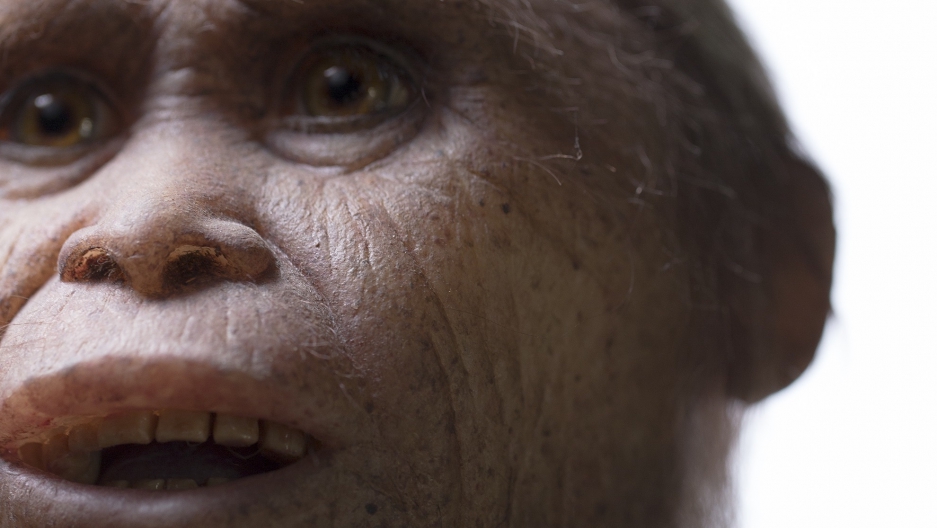 A reconstruction of Homo floresiensis by Atelier Elisabeth Daynes.

Want to mingle with hobbits? All you’ll need is a time machine and these coordinates: Flores Island, Indonesia, 700,000 B.C.

There, you’d find 70-pound, three-foot-tall humanoids dwelling in caves. If you met the hobbits on a good day, you might catch them butchering a tiny elephant-esque species the size of a Dodge Caravan.

And on a bad day? You might see hobbits mauled by a Komodo dragon — a fanged creature that’s twice their weight.

Over the past decade, scientists have debated the existence of homo floresiensis — affectionately titled “hobbits” by paleo-anthropologists. But new revelations, tied to the discovery of teeth and skull fragments, just ended the debate.

Like neanderthals, they belonged to a distinct species of hominid that walked the earth at the same time as homo sapiens. As far as we know, the hobbits existed for more than half a million years on a remote island the size of Puerto Rico. The island, named Flores, is to the east of Bali.

Adam Brumm, an archaeologist with Australia’s Griffith University, co-authored the study confirming the existence of homo floresiensis. “There are many unknowns,” he says, but his team now has enough evidence to speculate about the daily lives of our long-extinct hobbit cousins.

Why were the hobbits so small?

Their home, Flores, was a “small, impoverished island environment” with plenty of dry grasslands but not much nutrition. “This was not a lush, verdant environment,” Brumm says. “Clearly there was enough food to survive for a long period of time. But not enough to flourish.”

In a land where nourishment is limited, tiny humanoids thrive. Small bodies require less food to survive and are better able to pass along genes.

How did hobbits (or their ancestors) reach this island in the first place?

In previous years, researchers have speculated that hobbits or their ancestors somehow arrived to the island by boat.

Brumm finds that evidence unconvincing because “boats were almost certainly beyond the cognitive ability of those early humans.” Perhaps they were “victims of a freak ecological event like a tsunami,” he says, “that carried hominids out to sea from the mainland.”

He cites accounts from the 2004 Indian Ocean tsunami in which humans were swept from Indonesian coasts. “Some people,” he says, “survived for days by clinging to floating coconut palms.”

But he concedes that this castaway scenario, while not impossible, remains hard to fathom.

To solve this mystery and others, Brumm is now calling for intensive excavation work in the hobbit’s potential origin point: Sulawesi, a large island 400 meters to the north.

How did hobbits fare against the island’s mini-elephants?

They held their own. These tusked creatures weren’t technically elephants — they were elephant ancestors called “stegadons.” As with hobbits, the island’s nutrition deficit shrunk their bodies. Many were the size of buffalo.

In other words, humanoids surely hunted these mini-elephants. But there’s no ironclad proof that they ate them. Still, Brumm thinks it’s highly possible that hobbits dined on stegadon steaks.

“There’s a lot of meat and fat on those bones,” he says. “You can get enough meat to keep God knows how many barbecues going without ever making contact with the bones.” 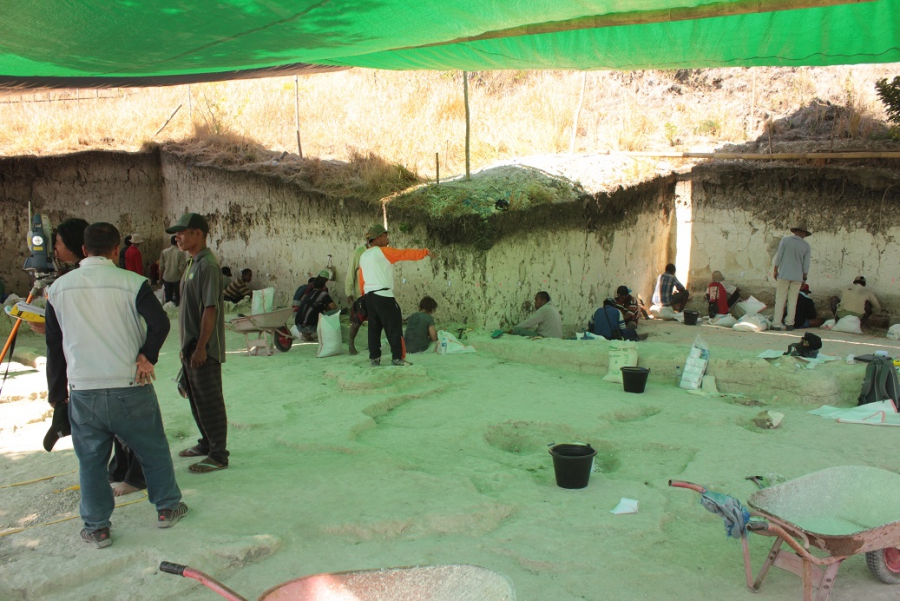 An excavation site in Indonesia.

Did we mate with hobbits?

However, at various points along our evolutionary journey, homo sapiens (note: if you’re reading this, that’s your species) has indeed procreated with other hominid species.

It’s common for a European to host 3 percent neanderthal DNA. A newly discovered hominid species called Denisova, whose remnants were discovered in Siberia, left its genetic imprint on many modern-day people in Oceania.

But it’s also possible that our species went to Flores to make war, not love. Homo sapiens arrived on the hobbits’ native island about 50,000 years ago. That just so happens to be the era in which homo floresiensis started to die out — and that stokes speculation that we “wiped out” the hobbits.

Were they dumber than us?

But brain size is an imperfect measure of intelligence. Human males have slightly larger brains than females, for example, while sperm whale brains have all humans beat by a factor of six.

What we do know is that they had “culture,” Brumm says. “Not culture in the sense of having a Sydney Opera House. But a tradition of tool making, passed down through many generations, is a culture.”

What’s up with calling them “hobbits”?

One of the original archeologists who helped discover this species wanted to title it “homo hobbitus.” Officially, the name didn’t stick. Its formal classification became “homo floresiensis.” But the term “hobbit” remains its colloquial name even among serious researchers.

“I always thought, 'This name is really, really cool,'” says Brumm. “A lot of scientists may think, 'Oh, you’re a bunch of heathens down in Australia,'” where many hobbit-focused researchers are based.