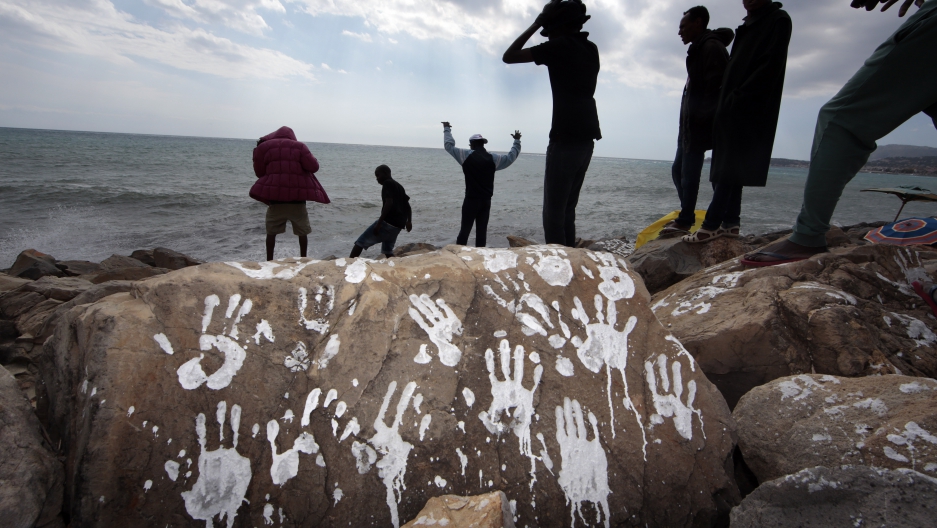 A group of Sudanese and Eritrean migrants are seen in silhouette near a rock with white hand prints on the seawall at the Saint Ludovic border crossing on the Mediterranean Sea between Vintimiglia, Italy and Menton, France, September 23, 2015.

As the small fishing boat is tossed around by a stormy Mediterranean, fear grips the African migrants crammed inside when they realize their flimsy vessel has begun to sink.

The scene is all too real for the thousands attempting the treacherous sea voyage to Europe each year in search of a better life.

It has been recreated in "Boat of Death", a play performed by Sudanese artists to highlight the perils of the wave of migrant sea crossings.

"The main theme of the play is to deliver a message to the youth, to stop illegal migration and human trafficking," director Maher Saad told AFP after a performance at the Ethiopian embassy in Khartoum last weekend.

Dozens of spectators, including many Ethiopians, attended the show.

"I believe that theatre can deliver such a message because it has a direct and immediate impact," Saad said.

Many of those sent back were allegedly arrested as they tried to enter Libya from Sudan, which the European Union is working with in a bid to manage the flow of people hoping to cross the Mediterranean.

Human Rights Watch also criticized Khartoum, saying that those sent back to Eritrea were likely to face abuse from authorities there. 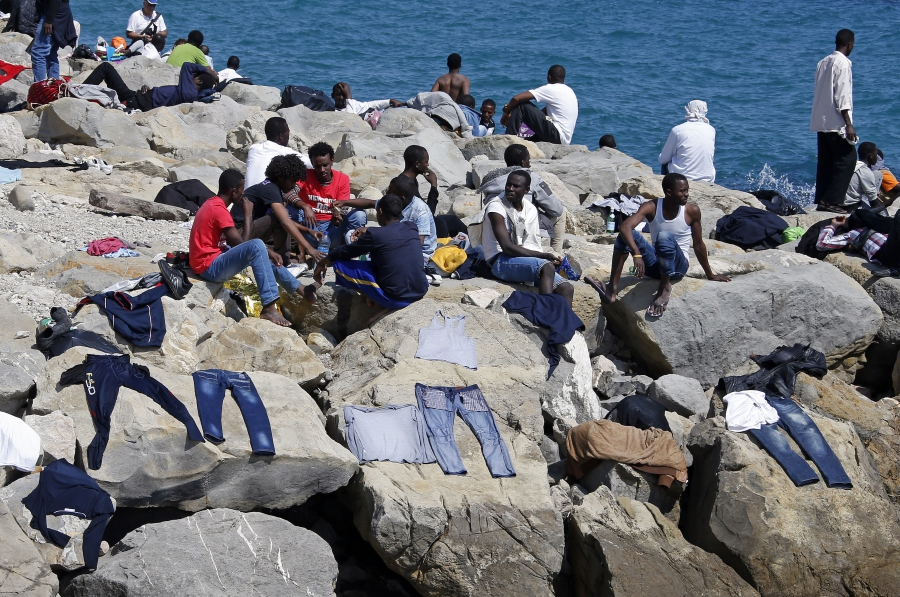 A group of migrants sit near their clothes that dry on the seawall at the Saint Ludovic border crossing on the Mediterranean Sea between Vintimille, Italy and Menton, France, June 14, 2015.

The United Nations says that around 5,000 Eritreans risk their lives each month to flee their country.

"Many of those travelling through Libya or perishing along the way have transited through Sudan," said Dalia El-Roubi, a spokeswoman for the International Organization for Migration, which funded "Boat of Death."

The 45-minute play, already performed three times in Khartoum, is expected to be staged in other cities as well.

"Boat of Death", with its haunting background score, ends in tragedy when migrants perish after their boat sinks.

Before setting sail, the characters negotiate with a smuggler, who subjects them to abuse and beats them.

"I wrote this play so that we reflect on these tragedies," said its author Rabia Youssef. "We have tried to keep the play simple, so that it can be performed on a small stage."

Roubi said people smugglers were to blame for tragedies such as that depicted during the performance.

"A sophisticated network of smugglers and traffickers enable movement of people from and through Sudan towards other countries," she said.

As Europe struggles with its worst migration crisis since World War II, UNHCR said last month that some 204,000 migrants and refugees had crossed the Mediterranean to Europe since January.

More than 2,500 people have died in 2016 while making the journey — the vast majority of them between Libya and Italy.

Last week, hundreds of African migrants went missing after their boat sank off the Greek island of Crete.

And Italian police said on Wednesday that an Eritrean suspected of controlling a trafficking network that shipped thousands of people to Europe had been extradited to Italy from Sudan. 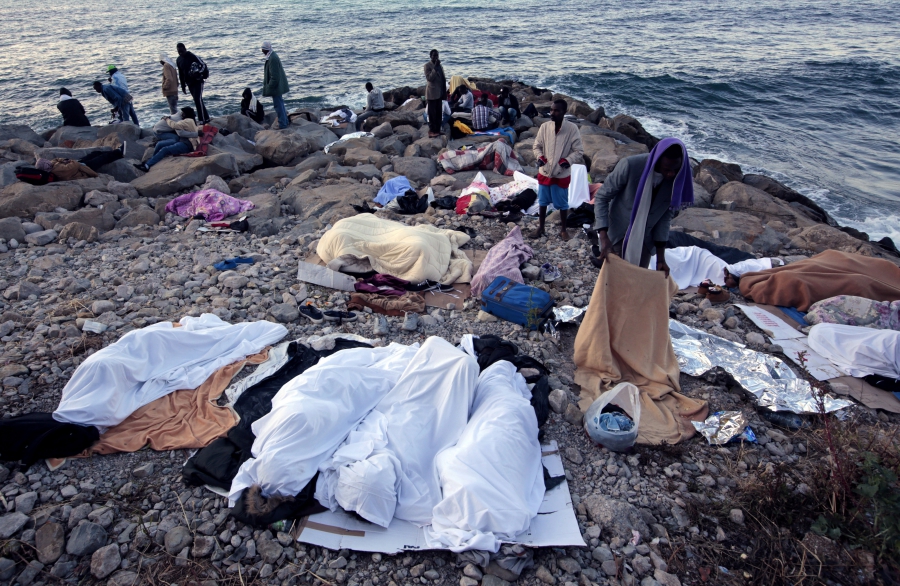 Migrants sleep on the rocks of the seawall at the Saint Ludovic border crossing on the Mediterranean Sea between Vintimille, Italy and Menton, France, June 15, 2015.

"Irregular migration and smuggling in migrants are by definition a hidden phenomenon, but the figures of arrivals on the European shores are telling," Roubi said.

Sudan last month hosted a meeting of top European migration and law enforcement experts as it attempts to crack down on trafficking.

"Countries in the Horn of Africa region are source, transit and destination countries for migrants and refugees, and some are all three," a British Home Office official said at the end of the talks.

"We recognised that no one country can tackle these issues alone. We are inter-dependent."

In "Boat of Death", five Sudanese actors — two women and three men — are shown as African migrants trying to cross the Mediterranean.

They carry drums symbolizing their African roots, and each has a unique motivation for the trip.

One young man raised funds by selling one of his kidneys, while one woman works as a waitress where she faces sexual abuse.

"The character I play is talking about the suffering of a woman who tries to migrate in order to give her family a better life," said actor Sana Saeed.

Although the subject matter is harrowing, Saeed said she was hopeful that the play could persuade young people considering the perilous crossing to Europe to think again.

"After the show some people told me that they could connect with the woman's suffering," she said.