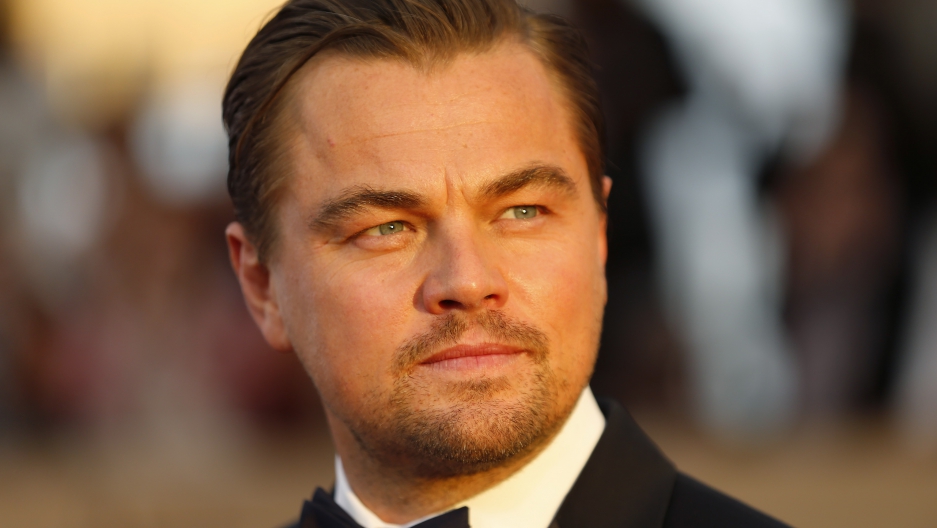 It all started with comments made by filmmakers David Franzoni and Stephen Joel Brown.

Speaking with the Guardian, the duo announced that they were working on a biopic about Rumi, the iconic 13th-century Persian poet, Sufi mystic and Islamic scholar.

Franzoni, who wrote the script for “Gladiator,” and producer Brown said they are eyeing Leonardo DiCaprio to play Rumi and Robert Downey Jr. to play Shams of Tabriz, Rumi’s teacher and possible lover.

“This is the level of casting that we’re talking about,” Brown told The Guardian.

Soon, Twitter was abuzz with people upset about what has become known as "whitewashing" in Hollywood — casting white actors to play non-white characters in major movies.

Among those commenting on the news was Marjan Kamali, author of the book, "Together Tea," a novel about Iranian Americans.

As a Persian girl I was brought up on #Rumi poetry & every time I imagined what he looked like I thought of Leonardo Di Caprio, of course!

There is a long history behind Kamali's sarcastic tweet. She was born to Iranian parents in Turkey and says, to her, like many Iranians, Rumi is "everything."

"He's our pride. When you're growing up Iranian, no matter where you are, Rumi is part of your daily life," she says, "whether you're dealing with heartbreak or a broken salt shaker, literally, people will whip out a Rumi poem."

So Kamali had mixed feelings when she learned that Leonardo DiCaprio is being considered for the role.

"Those of us who lived in Iran as children during the Iran-Iraq war and who then left basically see the US as a place of escape and opportunity and I think we have a gratitude complex," she explains.

At first, Kamali was excited. "My first reaction was, 'Wow, oh my God, we're finally going to be represented in a way other than as terrorists.'"

But after giving it some thought, she started to question the choice.

She points to a 1957 Hollywood movie about Omar Khayyam — another Persian poet who lived in the 11th and 12th centuries. Hungarian American actor Cornel Wilde played Khayyam in that movie.

"You just feel like haven't we come further?" Kamali asks.

All this, she adds, is not to take away from DiCaprio's talent.

"I'm sure he'd do a great job," Kamali says, adding that "actors have a right to play whoever they want.

It's no secret that Hollywood is facing a diversity crisis. Critics slam the industry for too often failing to cast and acknowledge non-white actors. The viral hashtag #OscarsSoWhite trended on social media in 2015 and then again in 2016 over lack of diversity in Academy Award nominations. And the DiCaprio-Rumi controversy is coming just as the makers of the upcoming film "Ghost in the Shell" — a Hollywood take on the Japanese anime franchise — are drawing criticism for casting Scarlett Johansson in the lead role of cyborg law enforcement officer Motoko Kusanagi.

"I hope we get to the stage where Hollywood would get to the conclusion that by casting only white people, it's not like they're actually going to get a bigger draw," Kamali says.

And as Kamali's father pointed out to her, it would help if the person playing Rumi could actually read his poems in his original language: Farsi.

"There's a sense that he's almost sacred and to do him justice [...] you have to get it," Kamali says.

Franzoni and Brown hope to start shooting the movie next year.