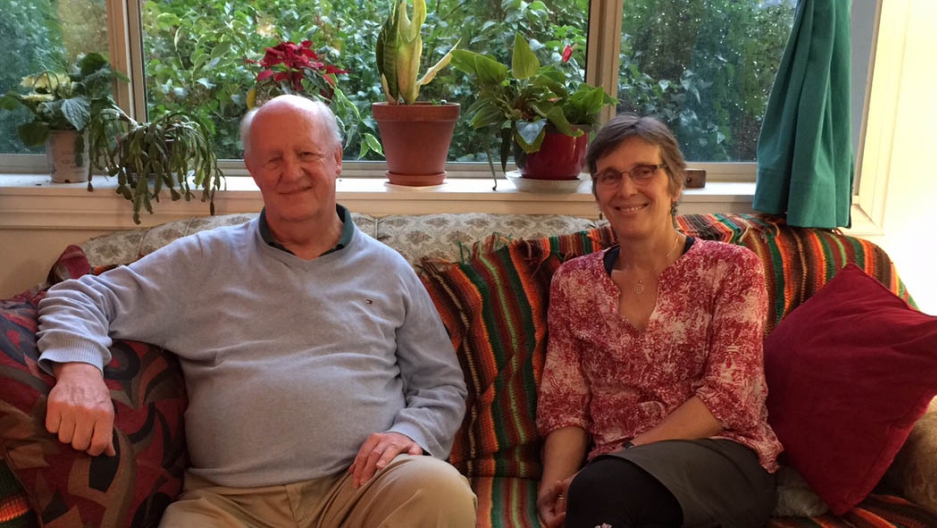 Bill Moore and Judith Fearing are members of Nelson Friends of Refugees. They've raised money and secured an apartment for a family of Syrian refugees. All they need now are the refugees. But they're still waiting.

If you are looking for a place that is pretty much the opposite of Syria, you might pick Nelson, a small city in British Columbia, Canada, about an hour’s drive from the Washington state border. Population — 10,230.

On the main drag, aside from a guy playing guitar on a café patio, you’ll find a food co-op, stores selling dreamcatchers and a marijuana dispensary — one of five in town. Nelson became a hotbed of progressive politics during the Vietnam War when US draft dodgers fled here across the border. So it’s not a big surprise to learn that Nelson also has three different groups who are sponsoring refugee families — or trying to. 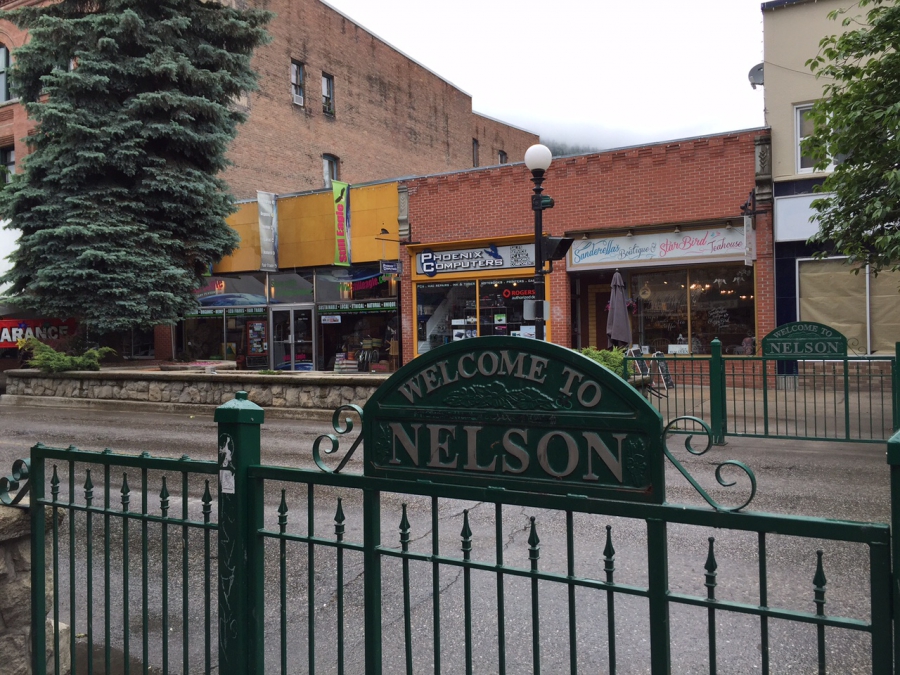 The small city of Nelson, British Columbia, is ready to sponsor a Syrian family. They've even raised $40,000 (Canadian) to support the family for a year.

Since 1979, the Canadian government has run a program — unique among nations — that allows local residents to sponsor a refugee family’s resettlement.

Bill Moore, a retired teacher, is the founder of one local group, Nelson Friends of Refugees.

“In the fall I began to think about Syrian refugees. I find the situation horrifying and painful and I thought maybe we can do something,” he says.

His motivation for helping bring a Syrian family to Nelson was more personal than political. Back in his 20s, he spent a month in Syria, backpacking and hitchhiking.

“I was young and I just fell in love with it,” he says.

So in November, Moore recruited 15 like-minded people, and formed an official “Constituent Group.” The Canadian government requires these volunteer groups to provide “emotional and financial support” for the full sponsorship period, usually a year.

“What we provide is some housing, food, clothing; if they had medical concerns, we would have to get them to and from the doctor, that sort of thing,” says Judith Fearing, another member of Nelson Friends of Refugees. “Basically we're providing a warm welcome.”

By February, they’d managed to raise all that money and gotten a local home donated. They had everything in hand. Except a refugee family.

“We have been waiting,” Fearing says.

Prime Minister Justin Trudeau even made a show of welcoming Syrian refugees at a Toronto airport in December.

But after government officials reached their goal in February, they stopped fast-tracking applications. “We know refugees and sponsors are disappointed that expedited processing is not continuing,” Mary Jago, communications adviser for Immigration, Refugees and Citizenship Canada, wrote in an email, “but the accelerated pace of recent months could not be sustained indefinitely.”

That’s left some sponsor groups in Canada in the lurch. There have been stories about groups disgruntled by the delay, some losing money every month on empty apartments. Nelson Friends of Refugees didn’t have that problem, but they did talk about how to keep going if the wait stretched on.

One thing they focused on was how to make the Syrians feel more at home, once they did arrive because Nelson differs from Syria in a lot of ways.

“Nelson, particularly, is fairly white,” Fearing says. According to census data: 92 percent white. And there are no mosques.

There are also practically no Arabic speakers so the Nelson friends decided to educate themselves.

They recruited Adib Malas, a med student originally from Saudi Arabia, to give them an Arabic lesson. It was, they say, “totally fun,” but not enough to provide a warm welcome, in Arabic.

The time they’ve spent waiting also led to some soul-searching about their own expectations. Providing money and help can easily translate into a certain sense of proprietorship, which they wanted to avoid. So one member of the group created a code of ethics.

“We don't have any idea what kind of connection we'll have with them,” Fearing says. “Sometimes people are hoping that it's going to be so pally-pally and it may not be, and we're still responsible for funding them.”

Recently, the group had another revelation: They decided they would accept a refugee family from anywhere — not just Syria.

“We just decided that there were a lot of people who needed a home and it didn’t have to be a Syrian family, so just let go and take who comes,” Moore says.

And since they told their sponsorship coordinator they were willing to take anyone from the list?

“The movement has begun,” Moore says. “I can't say a lot really right now. It looks like something is going to happen.”

That’s all I could get out of him. After waiting so many months, he wouldn’t want to jinx it.