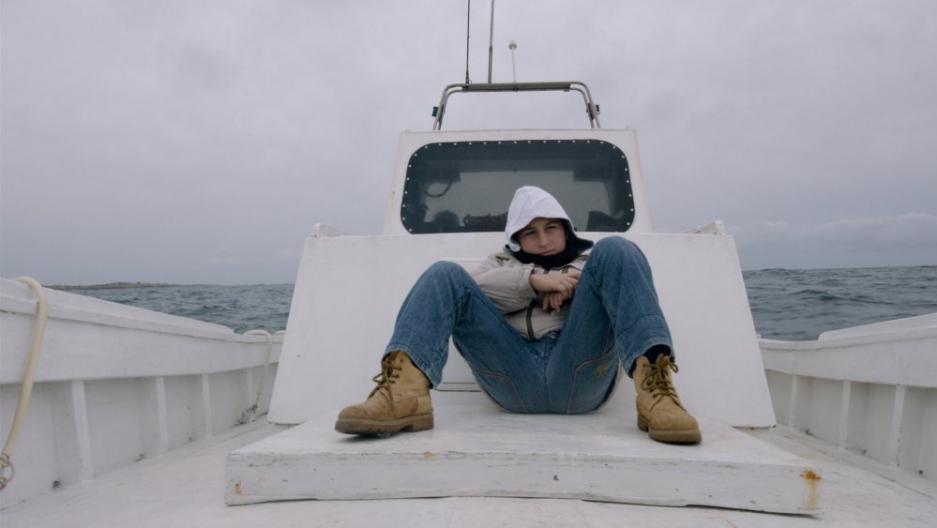 Over the last two decades, about 400,000 migrants have arrived on the tiny Italian island of Lampedusa.

Many of these have come over the last few years by boat from North Africa, desperate to find better lives in Europe.

Thousands have died in doing so. In 2013, at least 359 people drowned in a single shipwreck off the coast of the island. It's been described as the deadliest migration route in the world.

“This is one of the biggest tragedies Europe has faced since the Second World War,” said Gianfranco Rosi, an Italian filmmaker who spent a year-and-a-half on the island making his documentary, Fire at Sea. The film won the highest honor at this year’s Berlin Film Festival.

“It’s unacceptable that we know about this tragedy happening every day, where women and children lose their lives, in an attempt to escape from wars, hunger and desperation,” Rosi says.

Rosi has seen the tragedy first-hand. During filming, he spent 40 days on a local naval boat tasked with rescuing migrants.

“Many times it was a rescue with no problems,” he said. “But many times I saw people in the water with no life any more.”

As well as documenting the tragedy occurring almost daily on the shores of Lampedusa, Rosi’s film depicts the everyday stories of the people living permanently on the island.

Lampedusa is home to about 6,000 people. And the film shows that their lives are often totally separate from those of the migrants who pass through.

“There is no real interaction between the island and the migrants,” said Rosi. “The boats are intercepted in the middle of the sea by a military boat. They are taken to the island ... and then to the identification centre, completely far away from all kinds of daily activities.”

Rosi says this happened over the last four years, during which time the process of dealing with refugees has become “institutionalized."

“Before, people were welcoming. They would open their own homes. They gave clothes and food. Now it has changed completely.”

“Lampedusa has become like a metaphor for the rest of Europe somehow. It’s like a microcosm, where there is no more interaction between these two worlds.”