A girl stands outside her family's hut at the Shawqaba camp for internally displaced people who were forced to flee conflict in Yemen's northwestern province of Hajjah, March 12, 2016.

It's no surprise Saudi Arabia was upset when it found its US-backed military coalition in Yemen on the latest United Nations blacklist (released on June 2) of states and armed groups that committed "grave violations" against children in the course of armed conflict from January to December 2015.

The Saudis didn't have to be upset for long, though.

After public criticism by Saudi Arabia's ambassador to the UN — and, presumably, a healthy dose of closed-door diplomatic pressure — a spokesperson for UN Secretary General Ban Ki-moon announced Monday afternoon that the Saudi coalition would be removed from the list, pending a review.

Now, the UN flip-flop is giving human rights groups whiplash, drawing accusations of political manipulation at the UN and raising new questions about whether the international community is giving Saudi Arabia and its allies a pass when it comes to the coalition's devastating intervention in Yemen's civil war. 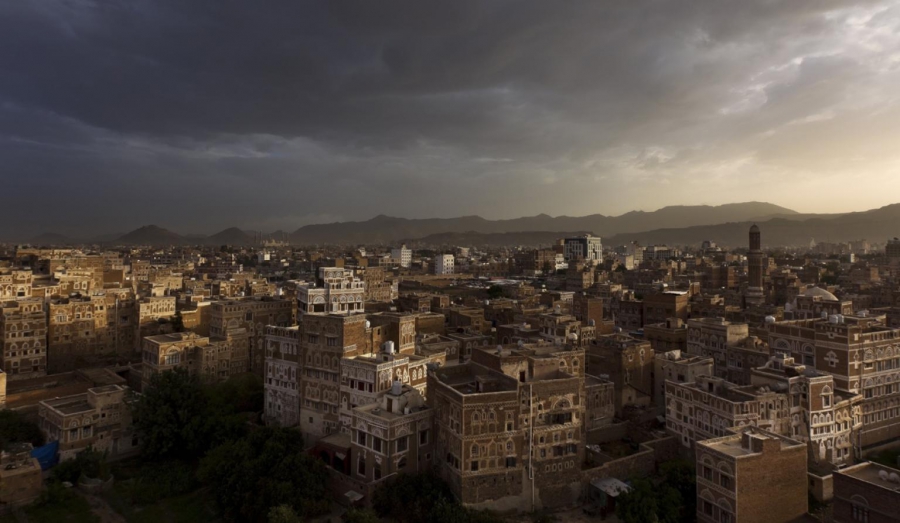 A shot of an ancient neighborhood in Sanaa, the capital of Yemen, taken long before Saudi Arabia's invasion.

The UN's annual blacklist includes parties that "recruit or use children, kill or maim children, commit rape and other forms of sexual violence against children, or engage in attacks on schools and/or hospitals, or abduct children in situations of armed conflict on the agenda of the Security Council."

Landing on that list puts you in some pretty rough company. This year's includes non-state actors like ISIS, al-Shabab and the Taliban, as well as government forces in Syria, Yemen and the Democratic Republic of the Congo.

Saudi Arabia found itself listed among that crew because of its role in Yemen's multisided civil war, where the kingdom is battling forces loyal to former Yemen President Ali Abdullah Saleh and Houthi rebels aligned with Saudi's main regional rival, Iran.

With military and intelligence support from the United States, Saudi-led coalition airstrikes have been obliterating Yemen since March 2015. The UN report published with the blacklist found that those airstrikes were responsible for 60 percent of children killed (785) and injured (1,168) during the conflict in 2015. The report also called out the Saudi coalition for attacks on schools and health facilities, and for preventing the delivery of humanitarian aid.

Read more: When the White House said 'No' to the Saudis

Saudi Arabia forcefully rejected the UN's characterization of its military campaign. Saudi Ambassador to the UN Abdallah al-Mouallimi called the accusations "wildly exaggerated" and the Saudi Press Agency defended the coalition's Yemen operations in a statement.

“Everyone is witnessing that [the coalition] has been carrying out a noble task towards the Yemeni people,” the statement read. “And fighting the insurgents and terrorists, as well as supporting and providing relief for Yemeni people, especially their children.”

When the UN announced it would remove the Saudi coalition from its blacklist pending review, Mouallimi said he considered the decision "irreversible and unconditional."

"We were wrongly placed on the list," he said. "We know that this removal is final." 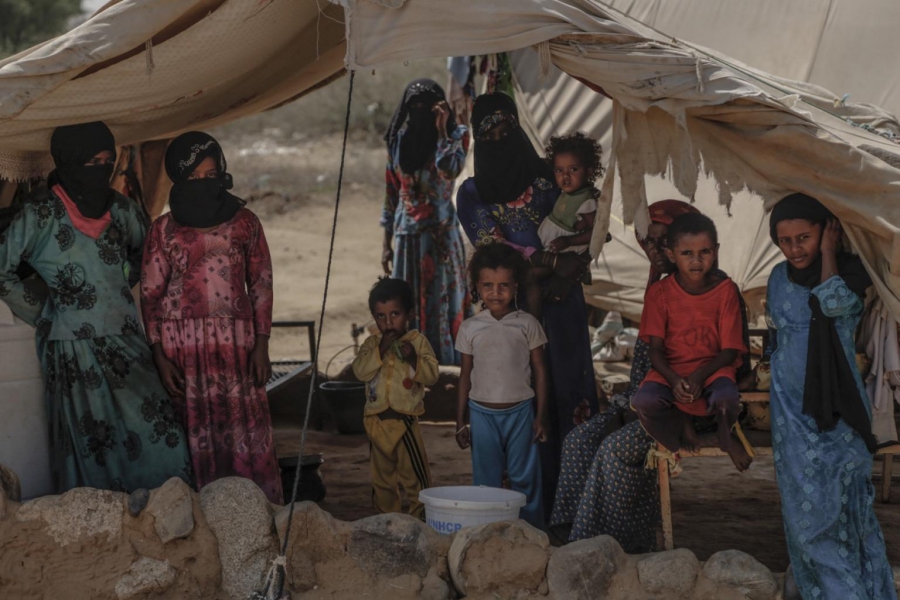 A family stands inside their tent in Beni Hassan, Hajjah. In December, the United Nations said more than 2.5 million had been forced from their homes in Yemen.

Shocking flip flop by the UN now removing Saudi from list of shame for violations against children in Yemen. Naked politicization.

“The UN Secretary General’s office has hit a new low by capitulating to Saudi Arabia’s brazen pressure,” Bolopion said. “Yemen’s children deserve better. The UN itself has extensively documented the Saudi-led coalition airstrikes in Yemen that have cause hundreds of children’s deaths.”

Oxfam's country director in Yemen, Sajjad Mohamed Sajid, called it a "a moral failure and goes against everything the UN is meant to stand for."

"It appears that political power and diplomatic clout have been allowed to trump the UN's duty to expose those responsible for the killing and maiming of more than a thousand of Yemen's children," he said in a statement. "The killing of children in their homes, at schools and in hospitals should not be swept under the carpet. When the UN identifies crimes such as these it needs to act, regardless of who the perpetrators are."

Amnesty International called it "blatant pandering" and warned that the UN was in danger of becoming "part of the problem rather than the solution."

The UN's reversal follows its controversial decision in September to cancel an investigation into human rights abuses in the Yemen conflict — a decision that followed soon after Saudi Arabia was chosen to head a key UN human rights panel.