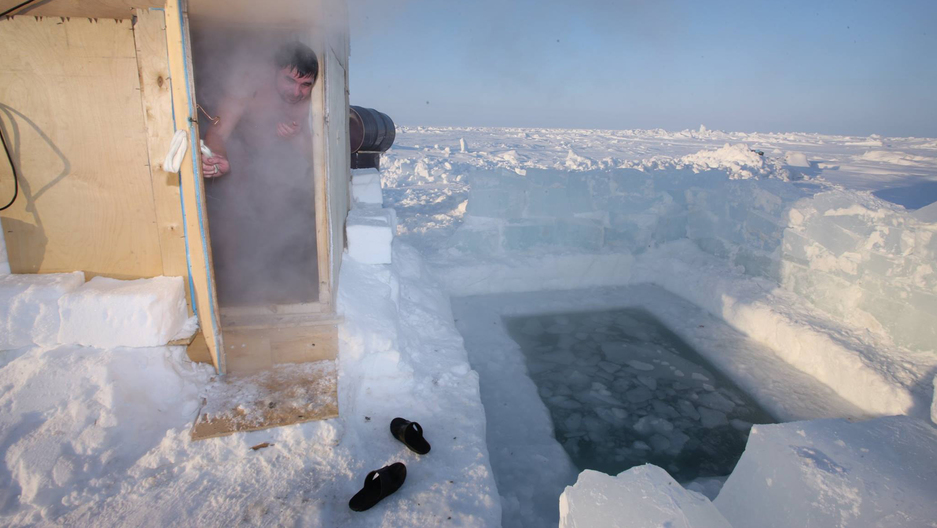 There's a swimming pool at Barneo, but the water temperature is just above freezing.

Every year in March, a Russian cargo plane takes off for the North Pole with an impossible-sounding mission: Air drop a pair of tractor-plows, 50 tons of equipment and a landing crew on a moving chunk of ice just off the polar ice cap.

Within a few days, the crew constructs a tent city and carves out a runway in temperatures below 20 degrees Celsius. Barneo Ice Camp then opens for business for one month, welcoming tourists and athletes who have spent a minimum of $20,000 just to reach the top of the world. 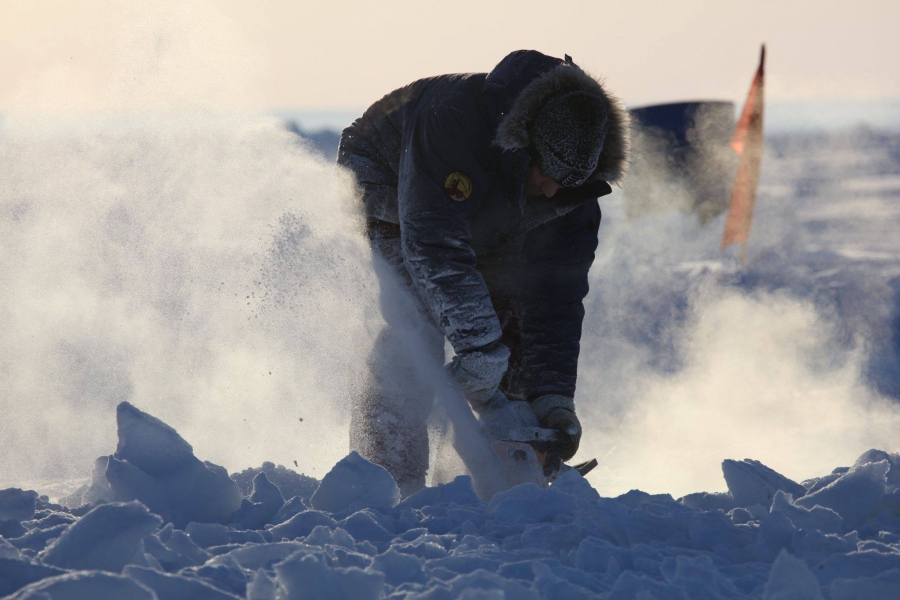 A worker carves into the ice at Barneo Ice Camp.

Barneo, which is built on a floating ice sheet in the Arctic Ocean, is run by Russia. But to get there, you have to go through Norway. For a decade, Barneo has flown tourists out of the remote Norwegian settlement of Longyearbyen.

That working relationship just came to an end.

See, Barneo is also used by the Russians to conduct military drills — activity that has stepped up significantly in recent years. And it’s making Norway increasingly nervous.

This year a Norwegian TV thriller called "Occupied" debuted on Netflix. It's about a dystopian future where the Russians assert control over Norway.

“The storyline is a bit extreme, but I think it definitely plays into ... a nationalistic fear in Norway, that you are bordering Russia and Russia's always been the big bad enemy to the east,” says Andreas Osthagen, a research fellow at the Norwegian Institute for Defense Studies. 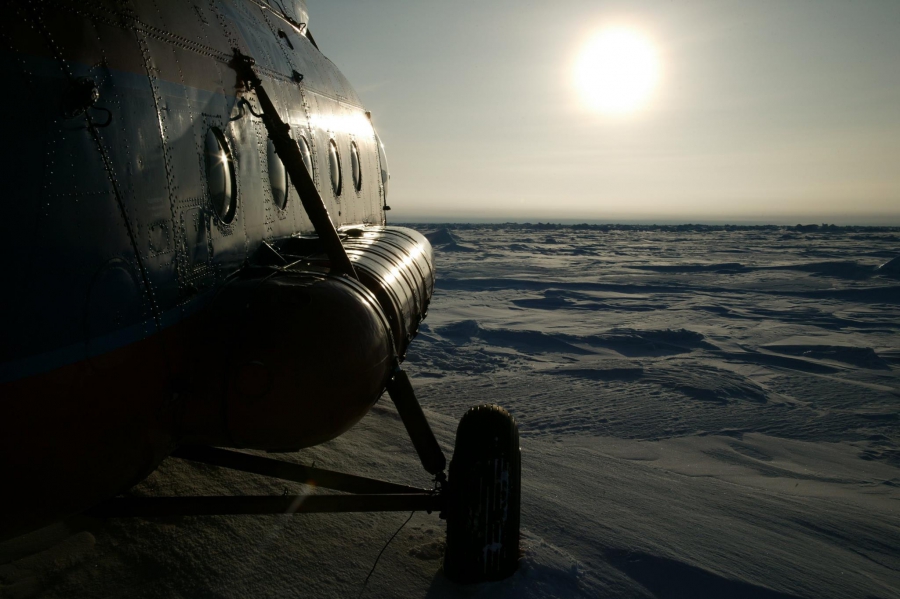 “I think that's what the Norwegian government is fearing the most, that if they show too much weakness or unwillingness to actually respond to these Russian actions, then Russia sees that as a sign of weakness or a sign that Norway's not actually willing to step up and say defend its power of the Arctic. So it seems to me a little bit of a tit-for-tat game.”

This year, the game began when Chechen paratroopers were dropped off at Barneo to conduct survival and rescue drills in early April, firing off machine guns on the ice.

Norway didn’t come right out and publicly condemn the exercises, but it did cancel all of Barneo’s remaining flight permits. And that threw the plans of tourists waiting in Longyearbyen into chaos — including 47 runners from around the world, who had come to compete in the annual North Pole Marathon.

Polar explorer Eric Larson was among those left hanging.

“It was just kind of this wild roller coaster ride of information — ‘OK, get your stuff packed and get ready, we're going.’ ‘Oh no, wait, there's this problem with the bureaucracy and can you call this person to hopefully put some pressure on the Norwegian government.’” 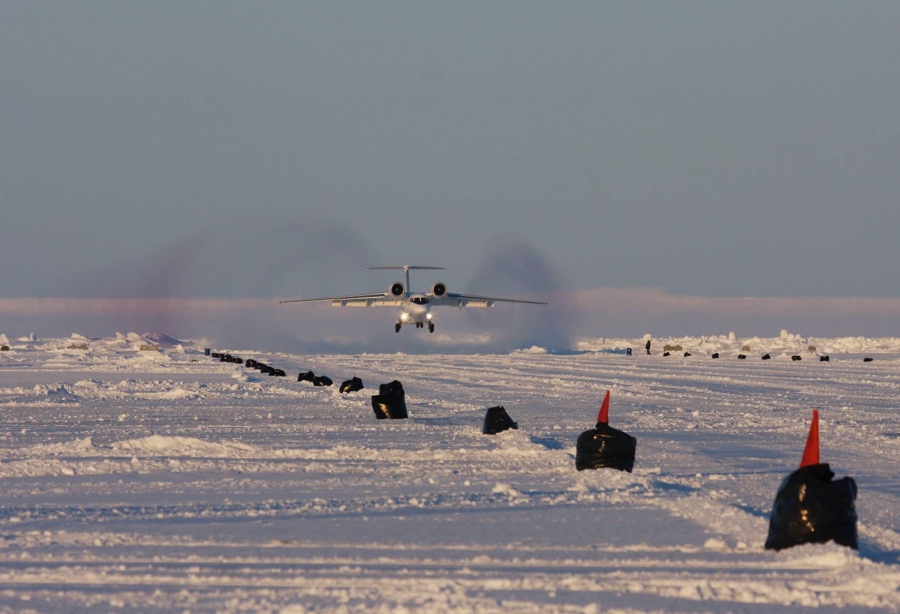 According to Victor Boyarsky, one of Barneo’s founders, Barneo staff had nothing to do with organizing the Chechen military exercises. And he points out that the paratroopers didn’t make a stop in Norway.

“They jump from the plane, which flew from Russia, and returned the same way back,” Boyarsky says. “It was a kind of wrong impression.”

But he also says the soldiers had a right to be there.

Norway did ultimately lift the flight embargo on Barneo after a couple of days, allowing the North Pole Marathon to continue. But Norwegian officials also introduced strict new flight regulations, which Boyarsky says were difficult to accept.

Given the Arctic’s volatile weather, Boyarsky says, flexibility is key. You just can’t fly to the Pole according to a rigid timetable.

So at the end of this year’s polar season, Barneo announced it’s moving out of Norway. 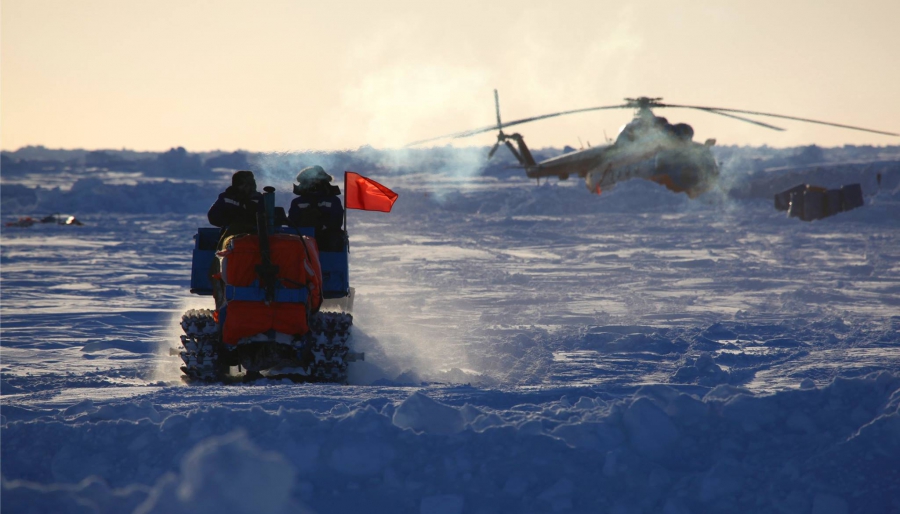 Those hoping to visit the North Pole via Barneo next year will have to go through a remote territory — in Russia. And unlike traveling through Longyearbyen, getting there will require a visa.

So is it time to cue the "Occupied" theme song?

Andreas Osthagen says not yet. There’s too much at stake for both Russia and Norway to risk their relationship. And he points out a lot of countries conduct military drills in the Arctic, including the US.

“Norway's reboosting its own military, right, so it kind of goes both ways,” Osthagen adds.

In the long run, though, it’s probably global warming, not cold war politics, that poses the biggest threat to Barneo. The ice floe supporting the camp snapped four times this year, causing greater delays than the Norwegians ever did.