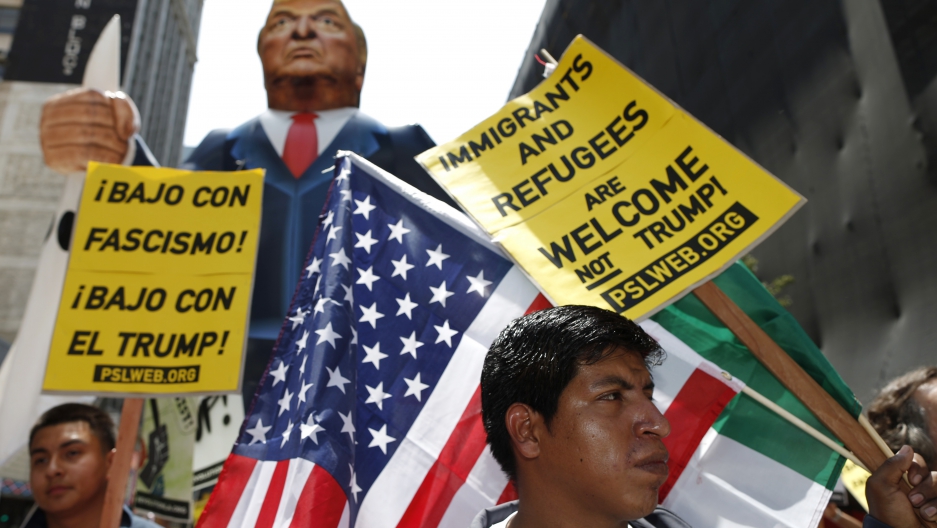 When thousands of activists marched last May Day in Los Angeles, they chanted a message that advocates have articulated time and again in US history: immigrants’ rights are human rights.

The US did not always have restrictions on who and how many people could enter the country.

The Page Act of 1875 and the Chinese Exclusion Act of 1882, which excluded prostitutes and Chinese laborers, were the first federal laws that restricted particular immigrants. They paved the way for a wave of legislation at the turn of the 20th century that excluded a range of “undesirable” immigrants, including those “likely to become a public charge,” individuals suspected of “moral turpitude,” the sick and physically unfit and alleged political radicals.

Advocates for immigrants’ rights responded. The American Immigration and Citizenship Conference (AICC) first organized in 1930 and lived on in several iterations before joining the National Immigration Forum in 1982. Their message was simple and might sound familiar to activists today: The US should make immigration possible for anyone who wishes to come to the country.

The labor, education, religious and social welfare organizations that made up AICC campaigned to end the quota system and hoped to encourage Congress to allow greater numbers of refugees to enter the US. They wanted to limit migrant detention and end deportations for people who entered the country at a very young age or who had been living in the US for a significant portion of their lives. Above all, they pushed for a policy that did not discriminate “upon any color, class, race, or religion as such, and which would honor the developing widespread regard for universal human rights and the inherent dignity of man.”

More: When Americans feared the 'yellow peril' of Chinese immigration 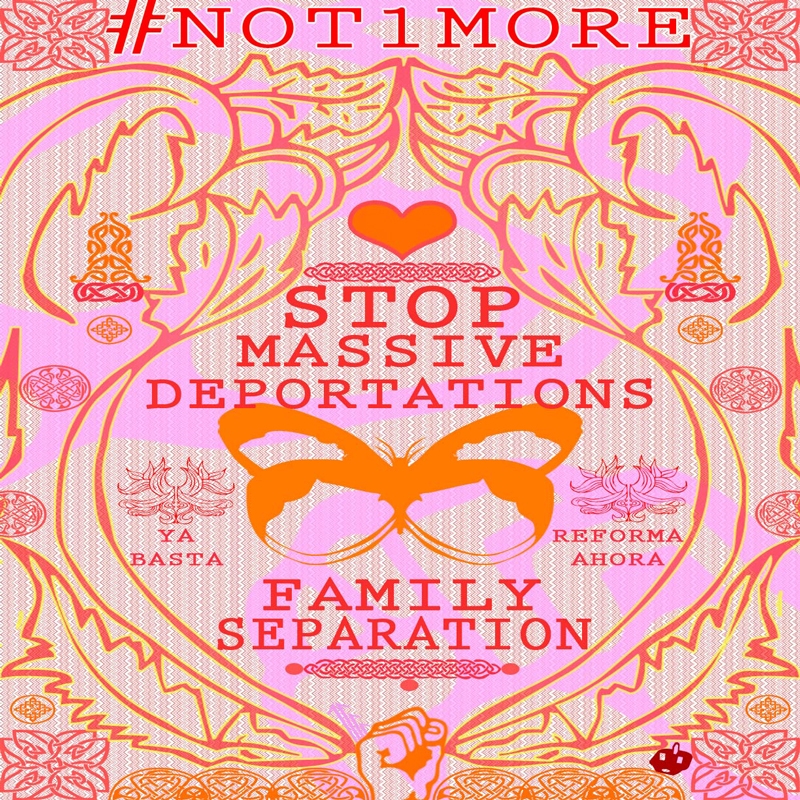 Artwork produced for today’s #Not1More Deportation movement carries on the AICC’s message that deportation needlessly breaks families apart. An AICC policy paper from 1954 described deportation as “one of the most disastrous evils that may befall a person, even worse than imprisonment.”

The AICC’s meeting minutes, documented in thousands of pages of archival collections at the University of Minnesota’s Social Welfare History Archives, show an organization that used national elections as an important opportunity “to foster an informed American public opinion and to alert future members of Congress on the subject of necessary changes in our present American immigration policy and the dire needs of refugees in various parts of the world.”

They encouraged members to write to candidates running for office, demand clear policy positions and request that they commit to reforming immigration. AICC members also organized regional conferences to raise awareness about the obstacles that immigrants and refugees faced when attempting to enter the US.

Also: Meet one of the few undocumented students in the US who has gotten a Ph.D.

It’s a playbook that’s familiar today. In March 2016, the Coalition for Humane Immigrant Rights of Los Angeles released a video that showcased Republican presidential candidate Donald Trump’s disparaging characterizations of Latino migrants. Jose Antonio Vargas’ film “Documented” humanizes the experiences of Americans living in the US without legal documentation. With new technology, these groups work to humanize political debate, not unlike what AICC did more than 50 years ago. 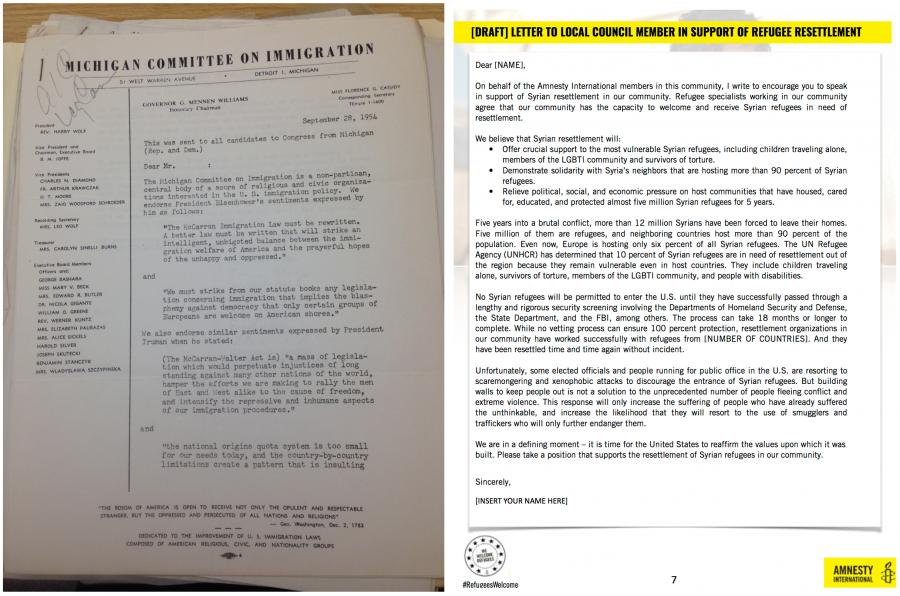 In the archival document on the left, the AICC’s Legislative Committee produced templates of letters that its members could send to their elected officials. On the right, a page from Amnesty International’s 2015 “Activist Toolkit for People on the Move: Syrian Refugee Crisis” similarly makes templates of letters accessible to the general public.

For immigration advocates today, the silver lining is that AICC’s efforts were successful. Their activism helped push the country to the tipping point for change, even when powerful critics of the quota law could not force an end to the program. President Harry Truman opposed the quota system into the 1950s, but it was not until 1965 that the Hart-Cellar Act removed national origins as the basis for the entry or exclusion of migrants. The law began a new system that allowed for the immigration of skilled workers and family members of US citizens, not unlike the system we have today.

The end of the quotas paved the way for unprecedented arrivals of migrants from Asia, Africa, and Latin America. For today’s activists, though, humane immigration and refugee policies remains a work-in-progress. 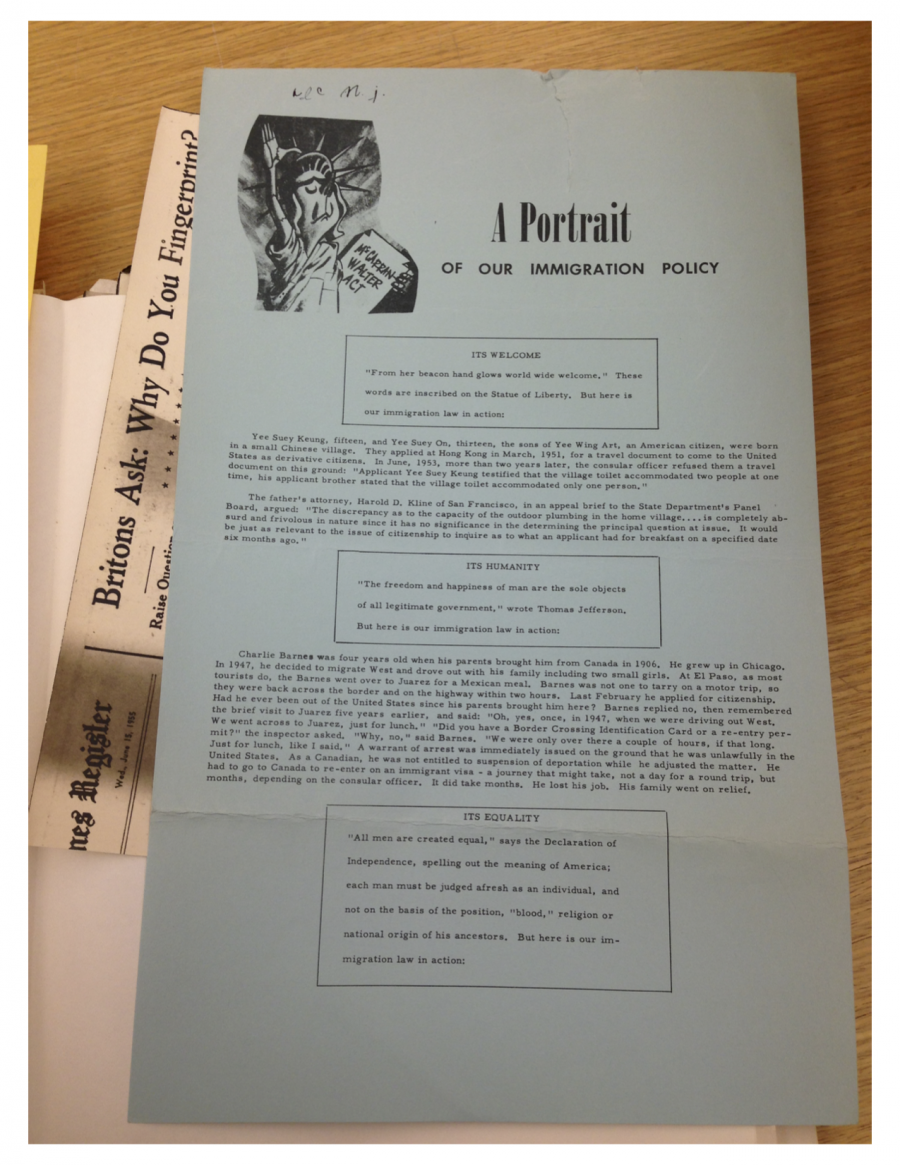 This undated document from the second half of the 1950s focuses in on experiences of migrants that challenge popular ideas about equality, freedom and America’s tradition as a “nation of immigrants.”