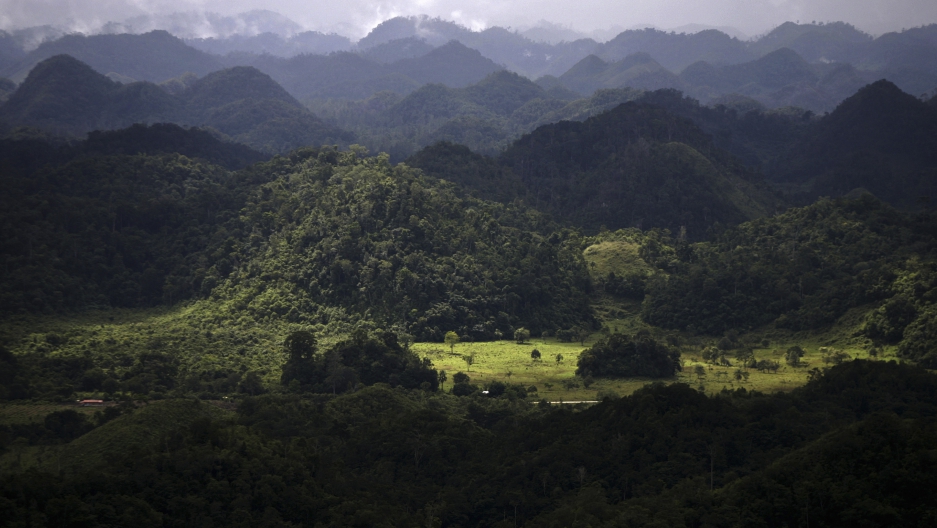 The Peten jungle is seen in this aerial picture near the border with Belize on Nov. 23, 2007.

The Central American country has declared a state of emergency over the fires ravaging its forests, which have hit hardest along its northern border with Mexico and Belize — prime territory for drug gangs.

The region, known as Peten, is known for the riches lying in its forests, including the Maya Biosphere Reserve and archaeological treasures such as the ancient city of Tikal, a UNESCO World Heritage Site.

But those dense forests are also strategically placed hideouts for cartels trafficking cocaine from South America to the United States, officials say.

"There is a strong presence of drug traffickers, who, in their daily drive to claim new territory, don't think twice of setting fire to the forest or paying poor people to do it," said Alma Polanco, director in Peten of the National Council for Protected Areas.

Of the nearly 30,000 acres Guatemala has lost to forest fires since January, Peten accounts for more than three-quarters.

Drug gangs burn the forest to make new landing strips for the small planes they use to transport cocaine, as well as to grow crops such as opium and marijuana, officials say.

Powerful Mexican drug cartels have made significant inroads in Guatemala in recent years, partnering with local gangs to turn the country into a major hub for transport and money laundering. 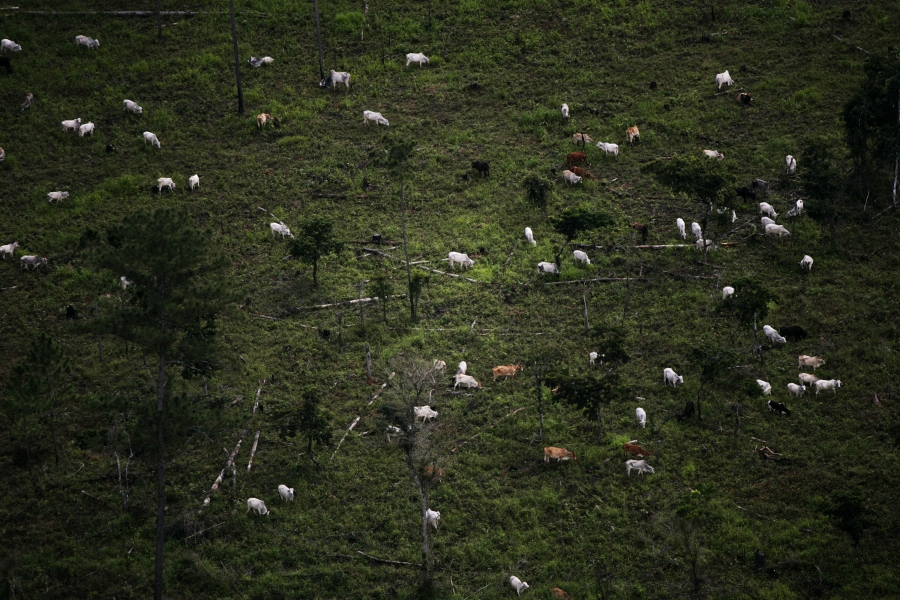 Cattle graze in the Peten jungle in this aerial picture near the border with Belize on Nov. 23, 2007.

His Sinaloa cartel is now the biggest narcotics outfit operating in Guatemala, according to the Interior Ministry.

There is no easy fix for the problem, said environmentalist Luis Romero of the Wildlife Conservation Society.

"We are fighting it. We are pressing charges with the authorities and opening investigations. But across such a vast territory, its very difficult to catch up" with drug traffickers, he said.

The problem may be even worse than the authorities realize, he added, saying a new estimate was needed to update the official figure of 20,262 acres lost in Peten.

By declaring an emergency, the government hopes to access help from international aid organizations, including funds, fuel and food for its strained firefighters, said Vice President Jafeth Cabrera.

On Sunday, Mexico sent a helicopter to Peten to help battle the fires, which are starting to subside as the rainy season sets in.

Guatemalan officials say drug traffickers are not the only reason for the fires, blaming other factors including slash-and-burn agriculture by local farmers.