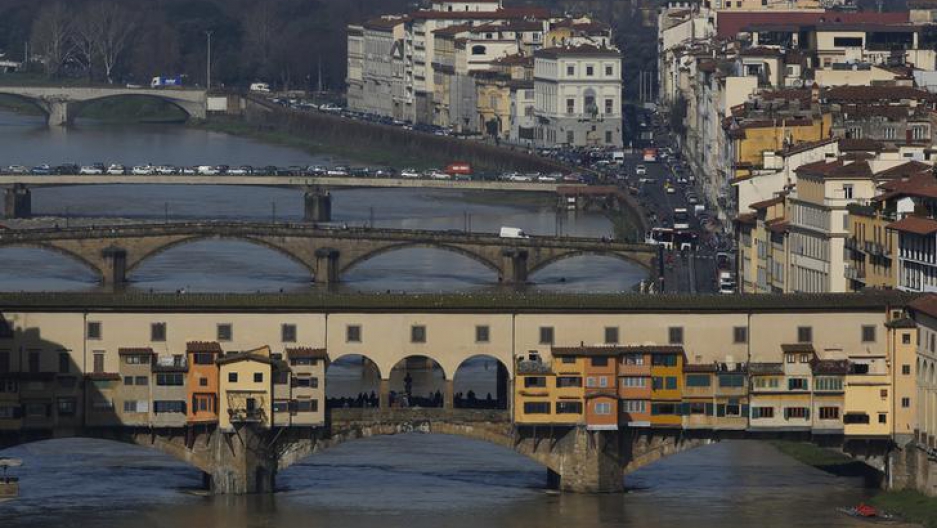 A view of Ponte Vecchio (Old Bridge) in Florence, Italy

What happens to wealth over time in a place like Florence, Italy?

It’s a question that two Bank of Italy economists, Guglielmo Barone and Sauro Mocetti, attempted to answer. Focusing on the wealthiest families in 15th-century Florence, they compared newly digitized records of Florentine taxpayers way back in 1427 to those from 2011. By comparing the wealthiest people centuries back to those with the same last names today, they found that the richest families in Florence mostly remain the same.

In other words, these families have kept their grip on wealth — and presumably the prestige and power that accompanies that wealth — for 600 years.

"The top earners among the current taxpayers were found to have already been at the top of the socioeconomic ladder six centuries ago," Barone and Mocetti write in their research article published at VoxEU.

The economists sum up their findings this way:

"Societies characterised by a high transmission of socioeconomic status across generations are not only more likely to be perceived as ‘unfair’ they may also be less efficient as they waste the skills of those coming from disadvantaged backgrounds. Existing evidence suggests that the related earnings advantages disappear after several generations. This column challenges this view by comparing tax records for family dynasties (identified by surname) in Florence, Italy in 1427 and 2011. The top earners among the current taxpayers were found to have already been at the top of the socioeconomic ladder six centuries ago. This persistence is identified despite the huge political, demographic, and economic upheavals that occurred between the two dates. "

But why is it so persistent?

“In Italy, the economy protects the insiders. In banking, for lawyers, for companies, even for doctors, if your father or mother or grandfather were prominent in their positions, they will be passing that clout on to their heirs.”

The status quo, Riotta says, is that most Italian companies are family owned and often, the founding father appoints the first-born son or daughter as the next CEO. And so it goes. Families pass on their wealth, their companies, and their affluent jobs to their children.

That by itself is not so bad, but it’s a problem when this closed system excludes newcomers, says Riotta.

“The problem is how people that are not wealthy can acquire the wealth. The problem is that newcomers cannot do it because investors do not give money to people who are outside the system.”

#Florence families through the centuries: the ones that are today as wealthy as they were 600 years ago.... https://t.co/WGOJziv95B

Still, to successfully sustain wealth over a period of six centuries is impressive, considering all the obstacles that history throws up. There have been numerous battles for control of Florence; Napoleon swept through Italy, as did the fascist dictator Mussolini. Don't forget the nasty world wars that disrupted life in the country, too.

The future may or may not follow the same pattern.

“I don’t wish them ill at all and I wish that they can stay warm and cozy,” says Riotta. “But I hope for a new generation of Italians to be richer than they are now. I don’t see that coming because I see the country as a whole declining, and in this decline of course, the top ruling class will likely hold on to their power, they will not share it.”