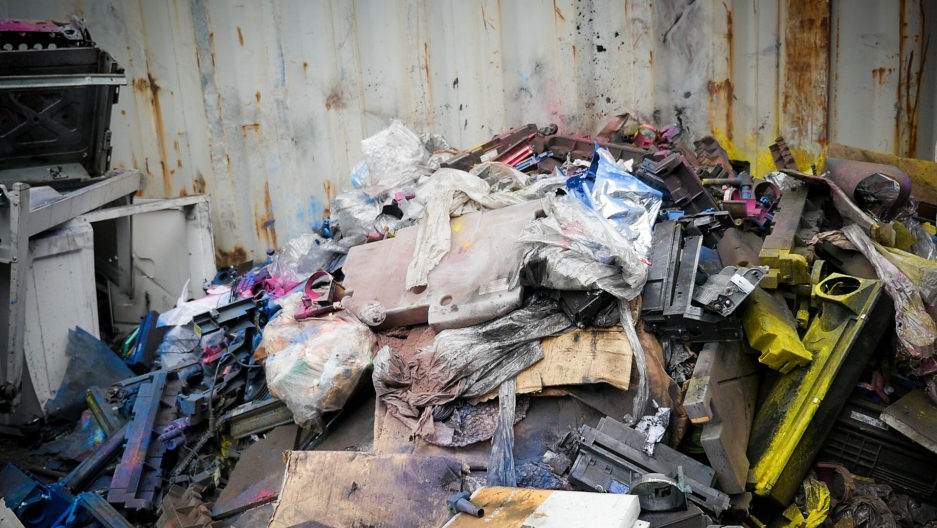 A pile of printer parts dusted with toners like carbon black, a probable carcinogen known to cause respiratory problems.

This story was reported in partnership with EarthFix

Think of how many electronic gadgets and appliances you’ve gotten rid of in the last few years — everything from Fitbits to laptops to old TVs. It’s probably a lot, as the number of these things in our lives explodes and their life-cycles get shorter and shorter.

In fact, electronics make up the fastest growing source of waste on the planet, and the US is the single largest producer of electronic waste.

And a new investigation suggests that despite assurances from many US electronics and recycling companies, much of the e-waste we produce is not being recycled responsibly here in the US.

“Whatever parts can’t be reused or refurbished will be broken down securely and recycled responsibly,” promises an ad for Dell Reconnect, one of the largest e-waste recycling programs in the country.

The program was one of many set up after reports over the last decade of e-waste from the US ending up in toxic dumps and unregulated recycling shops overseas.

In response to a public outcry, the industry promised a new day in recycling. Dell Reconnect established a strict no-export policy.

But longtime activist Jim Puckett wasn’t convinced that manufacturers and recyclers were always making good on their pledges. And recently his organization — the Seattle-based e-waste watchdog group Basel Action Network — decided to put the promises to the test.

“Most of the public still thinks that they’re going to recycle [that waste] right there in America,” Puckett said recently. “They have the right to know where their stuff goes.” 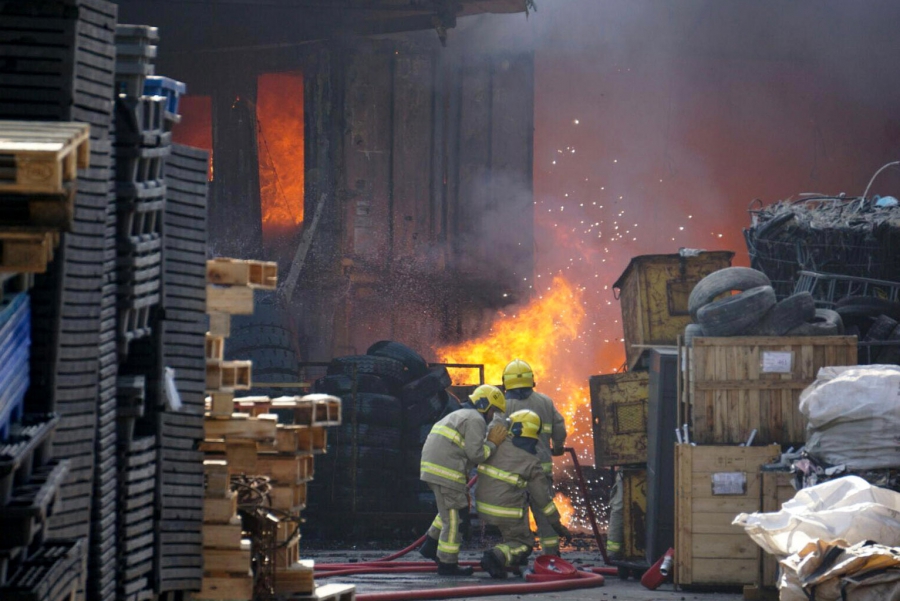 Fire broke out in an e-waste scrapyard in March in the New Territories region of Hong Kong.

Puckett has been investigating the afterlife of hazardous waste for nearly two decades. His organization monitors compliance with a global hazardous waste dumping treaty known as the Basel Convention. And last year his team put GPS tracking devices inside 200 old computers, printers and TVs. They dropped the items off at donation centers, recyclers and electronic take-back programs around the US — enterprises that advertise themselves as “green,” “sustainable,” “earth friendly” and “responsible” — and followed them to their final destinations.

The good news from the effort is that most of the tagged items did stay in the US.

But the network tracked about a third of the devices out of the country. And at least some of them ended up in dangerous, informal recycling shops and junkyards.

Puckett personally tracked several items to Hong Kong using a mapping app on an iPad that led him to a remote corner of the city. As he approached the destination of one of the little orange markers on his screen he heard the sounds of power drills and shattering glass coming from behind a high metal wall made from old shipping containers.

Peeking through a crack in the fence, he saw about 30 workers smashing a mountain of old printers. A query at the gate about buying used electronics got his group entry into the dirt lot, where they found workers using power drills to dismantle 15-foot-high piles of old printers.

The workers weren’t wearing face masks and their aprons were dusted black with toner ink, which is known to cause respiratory problems and is a possible carcinogen.

Workstations were littered with broken white fluorescent tubes used to light up LCD flat-screen monitors on the printers. When they break, lights like these release dangerous mercury vapor.

“This is one of the more toxic metals known,” Puckett said. “This is a concern for the people that broke these.”

When his translator Dongxia Su asked a worker if he knew about the risks, the answer was, “He has no idea.”

US companies like Electronics Recyclers International, the country’s largest e-waste recycler, equip workers with protective gear when they extract toxic components. Parts containing mercury, lead and other hazardous materials are processed carefully. And ultimately, almost all of the materials get reused. 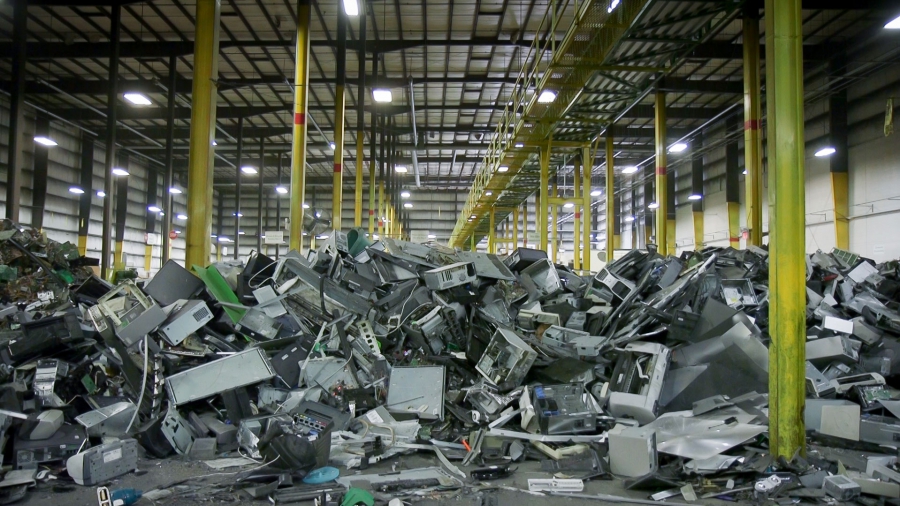 Plastics and metals from dismantled electronics await their turn to enter a machine that shreds and sorts them into commodity type.

“Everything that comes in the door, goes out either [as] a commodity that gets repurposed, or it gets fixed up and resold as a used piece of electronics,” says CEO John Shegerian.

But that’s clearly not always true at Hong Kong’s junkyards.

Not far from the dismantling operation, Puckett tracked another device to a location that was abandoned but for a few guard dogs. In a nearby field of tall grass, behind overgrown vines, he found pieces of flat-screen monitors, piles of camcorders, keyboards and old lead-filled CRT computer monitors. 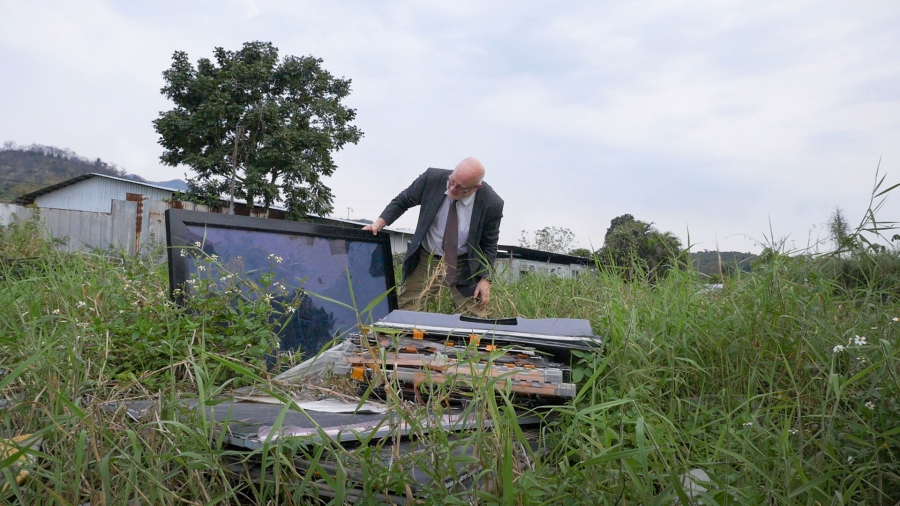 A tracking device planted in a computer dropped off at a Dell Reconnect location led Puckett here, an abandoned field strewn with LCD monitors, CRT monitors, camcorders and keyboards.

Puckett believes many of these operations are probably illegal. Hong Kong bans the import of hazardous e-waste from the US.

“On the whole, Hong Kong has been effective in combating hazardous waste shipments,” said Hong Kong Environmental Protection Department spokesperson Heidi Liu. In the past three years, Liu said, at least 21 cargo loads of e-waste were sent back to the US.

The tracked item that led Puckett to the Hong Kong junkyard was dropped off last year with Dell Reconnect. It’s one of the most respected recycling programs in the country, in which the computer maker Dell partners with the nonprofit thrift store chain Goodwill Industries to collect old computers of any brand for refurbishing or recycling.

The BAN investigation focused on Dell’s program after whistleblowers tipped Puckett off to possible violations of its no-export policy. Of the 28 electronics BAN dropped off with Dell Reconnect, six went abroad — to Hong Kong, Taiwan, mainland China and Thailand.

She said Dell also wants to know how the tracked electronics ended up overseas. 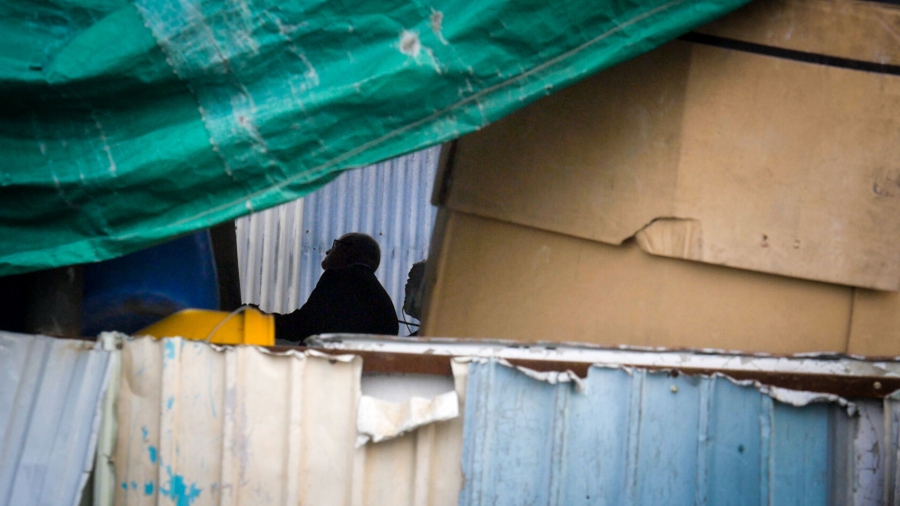 Inside a quiet warehouse in the New Territories, Jim Puckett searches for clues that lead him to the Pacific Northwest.

“If there’s something that did not follow the system we would certainly want to know about it and certainly take corrective action,” she said.

Dell’s partner Goodwill declined requests for an interview but issued a statement urging its locations to take steps to ensure that electronics are responsibly recycled.

Whatever happened in these cases, it’s clear that the economics of electronics recycling in the US right now are creating pressure to ship e-waste offshore. Electronics Recyclers International’s Shegerian says prices for materials recovered from old electronics have plummeted.

“At the height of the market, when we would go to sell our steel, plastic, gold, silver, palladium, copper, we were getting about 14 to 15 cents a pound more than we are today,” he said.

Meanwhile, labor costs are still higher in the US, so it’s more profitable to ship old electronics overseas.

And in most cases, even if it may be illegal elsewhere to import the goods, it’s not illegal to export them from the US. The US is the only developed country that hasn’t ratified the Basel hazardous waste treaty, and efforts to ban exports in Congress have failed.

Europe, on the other hand, has some of the toughest e-waste laws in the world. Electronics manufacturers there pay a fee to EU governments to help fund domestic recycling.

For his part, activist Puckett says he’ll keep pressing companies here to live up to their promises.