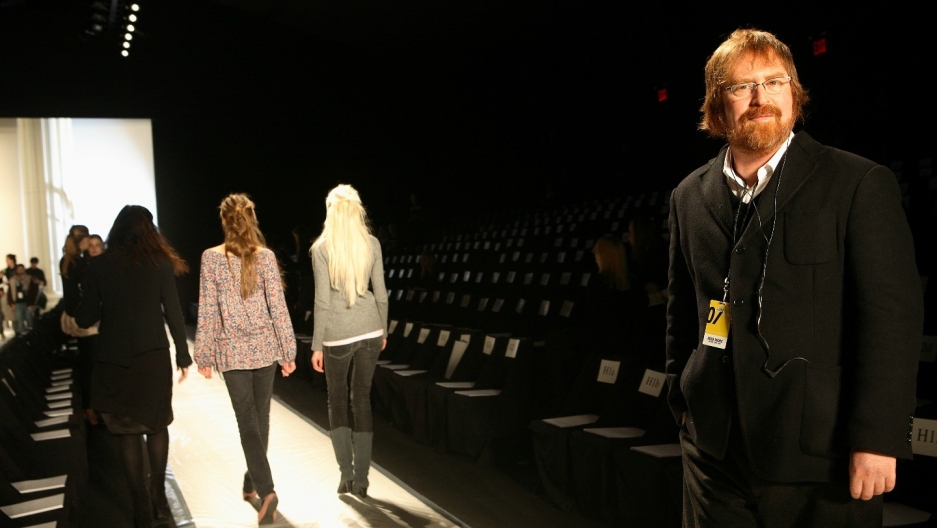 Documentary filmmaker R.J. Cutler covered politics and race before turning to another combustible topic: fashion. In his award-winning 2009 documentary "The September Issue," Cutler went behind the scenes at "Vogue" to watch its imperious editor Anna Wintour and her creative director Grace Coddington at work. Shortly after "The September Issue's" release, Cutler sat down with Kurt Andersen to talk about the woman behind the famous haircut, and the unique codes of communication on display within one of the world's most prestigious fashion magazines.

Kurt Andersen: So after these subjects of large obvious consequence --- presidential elections, race in America --- how did you decide to make a movie about a fashion magazine?

R.J.Cutler: Well, I would say large obvious consequence. A $300 billion global industry, a woman at the helm who seems to be the descendent of the minister of fashion from the court of Louis XIV, and high stakes. A lot of talent, passion, and a world I knew nothing about.

Anna Wintour talks very movingly --- and sadly, it seemed to me --- about the regard, or lack of regard probably from her very serious brothers and sisters for the work that she does.

Well I was certainly struck by it, of course, when she said it. I mean, how human for someone like Anna Wintour, who is revered and respected by it seems the entire world, to wonder if she has the respect of those whose respect she most wants. You know it's startling, but it's so recognizable. Those who have achieved such great things have these doubts.

Did your notion of Anna Wintour change? Did you start with the, sort of, "Ice Queen" persona that is in the public prints and end somewhere else?

You know I really didn't. I really worked to come in principally with curiosity. There's a fascinating moment in the very first meeting where Anna was sitting at the end of the table, and Sally Singer --- one of the great editors at "Vogue" who we spent a lot of time filming with --- was sitting next to her. And I had been told that sometimes, in a meeting, there would be someone else with some other work should Anna get bored with the meeting and want to move on, even though the meeting was still carrying on. And there was Sally working on some galleys for an upcoming issue. And Anna had in front of her my bio and the letter of introduction that I had originally written. At a certain point, Anna slid my bio over to Sally, and I realized there was so much meaning in that. And that was my first sense of this very subtle, but very clear, set of communication codes that they have at Vogue.

And there's so much shorthand and sidelong-glance communication that you depict. Did that make it difficult as a filmmaker?

Yes. Absolutely. It was perhaps the first challenge of making the film, was figuring that out. I said to Anna once, "Communication around here is like the mist. You don't think it's raining and all of a sudden you're soaking wet."