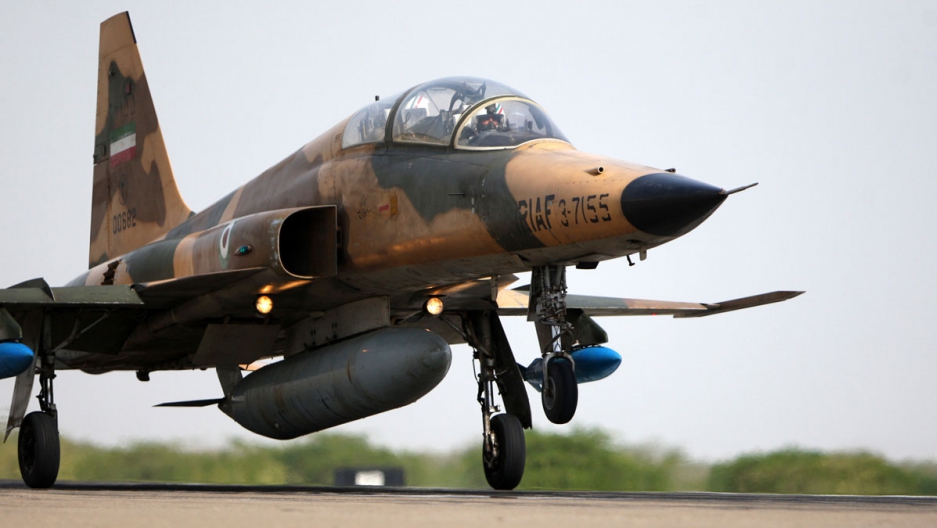 Will Iran regain its military might after the removal of international sanctions?

This question has become a point of international debate since the Iran nuclear deal was initiated several years ago.

To answer the question, perhaps one of the basic steps is to look at the history of Iran's arms imports and factors surrounding them.

According to the arms transfers database of the independent international think tank, Stockholm International Peace Research Institute (SIPRI), which compiled all transfers of major conventional weapons in the world since 1950, the US was the largest arms exporter to Iran from the 1950s to 1970s.

The supply of arms from the US started to climb in 1953 after Iran's democratically elected prime minister Mohammad Mosaddegh was overthrown in a coup engineered by the British and American intelligence services. The Iranian shah, Mohammad Reza Shah Pahlavi, returned from exile to rule and become a close ally of the US.

According to a Senate Committee on Foreign Relations staff report in 1976, Iran was the largest single purchaser of US military equipment then. Military sales had increased more than sevenfold from $524 million in 1972 to $3.91 billion in 1974.

SIPRI data shows that the amount rose and peaked in 1977.

(Note: The import values shown in the chart are not actual transaction price. They are measured using a common unit formulated by the SIPRI called trend-indicator value expressed in US dollars at constant 1990 prices to allow comparison and identification of general trends.)

The staff report stated that in 1972 President Richard Nixon and his then-national security adviser, Henry Kissinger, agreed for the first time to “sell Iran virtually any conventional weapons it wanted.” With its oil revenue, Iran acquired some of the most sophisticated US military equipment and received training and technical assistance from American personnel.

The report explained the rationale behind the sales.

“Iran is and will remain an extremely important country to the US and its allies because of its geographical location and oil. Iran, on the other hand, places great importance on its relationship with the US, in large part because of the Iranian belief that the US may come to Iran's defense if it is threatened.”

With that level of support from the US, Iran emerged as a dominant military power in the Middle East, paving the way for nuclear weapon development.

The US-Iran alliance collapsed in 1979 when the shah's authoritarian rule led to riots, protests and eventually the Iranian Revolution. The shah was again forced into exile. An Islamic fundamentalist force, led by anti-American cleric Ayatollah Ruhollah Khomeini, took power and turned Iran into an Islamic republic.

US arms export to Iran was ceased abruptly and earlier orders canceled after Islamic militants took 52 Americans hostage inside the US embassy in Tehran in November 1979.

China and the Soviet Union soon replaced the US becoming major supplier of arms to Iran from 1980s until now.

If you click the zoom-in button on the chart above to focus on the period from 1980 to 2015, you'll notice the US still sold a small amount of weapons to Iran between 1984 to 1986. According to SIPRI database, those are arms were sold covertly and illegally by the US with the help of Israel despite an arms embargo against the Iran.

The US attempted to secure the release of hostages in Lebanon through the clandestine arms deals. The proceeds from the sales were used to fund guerrillas fighting against the left-wing government in Nicaragua in an effort to stop the spread of socialism in Latin America. The scandal would later known as the Iran-Contra affair.

Following US sanctions in 1979 which were further tightened in the 1990s, Iran moved closer to Russia and China. Arms sales from Russia increased significantly in the 1990s.

The sanctions pushed Iran to build its own military industry. The republic produced its own tanks, armored personnel carriers, missiles, fighter jets and submarines. It also exported military equipment to countries like Syrian and Sudan, according to SIPRI data.

The first chart shows the arms sales by Russia were greatly reduced when the United Nations Security Council imposed sanctions against Iran in 2007 over its failure to halt uranium enrichment, a crucial step in developing nuclear weapon.

China's arms sales to Iran however were not effected.

Due to their close financial ties with Iran, both China and Russia only supported the sanctions after parts of them were watered down. Russia was then building a nuclear power station in Bushehr, Iran, which would be completed in 2011.

The sanctions banned the supply of nuclear-related technology and materials and called on members states to “exercise vigilance and restraint” in the transfer of arms to Iran. A ban on major conventional weapons transfers was only imposed in 2010 when the UN tightened the sanctions.

From 2008 to 2015, China and Russia still maintained a smaller volume or arms trade with Iran, as indicated in the first chart.

The Iran nuclear deal has opened up a window for China and Russia to revive their arms relationship with Iran.

In April 2015, Russia lifted its self-imposed ban on the delivery of a powerful missile air-defense system to Iran when the Iran nuclear deal negotiation — of which Russia was a part — was yet to be completed.

The $800 million deal, signed in 2007, was suspended by Russia in 2010 due to the UN sanctions. Russia started the delivery of the missiles in April 2016, only three months after the implementation of the nuclear deal.