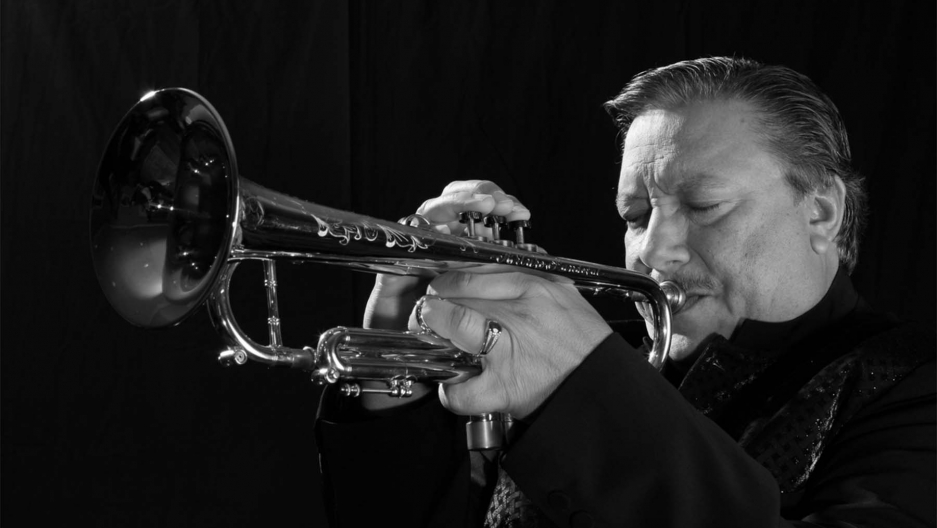 For a man jailed for three months in Cuba for listening to jazz on Voice of America, the thawing of relations between his homeland and his new land means a lot.

Cuban trumpeter Arturo Sandoval, now a US citizen, has a dramatic defection story of his own — and his own, cautious hopes for rapprochement.

"As a Cuban we all appreciate very, very much what the government and Mr. Obama did and has been doing, trying to re-establish the relations, normal relations with the island of Cuba," he told PRI's The World.

He even called Obama before the president went to Cuba in March. Sandoval says he warned Obama that things could get unpleasant, people were still being imprisoned and the Castros were not to be trusted.

That reflects his memories of jail time for listening to jazz on the VOA. Many years later, Arturo Sandoval was able to defect to the US, with the help of his hero, Dizzy Gillespie, and another heavy hitter.

In 1977, Gillespie was in the midst of a jazz cruise in the Caribbean. The jazz band had a very brief stopover in Havana. Sandoval got word and headed to the harbor to meet him. "At that time I had a very old car, it was a Plymouth 1951. It was falling apart," says Sandoval.

Gillespie wanted to check out Havana, and so, with his beat-up car, Sandoval was enlisted to drive Dizzy Gillespie around.

All the while, he had no idea his driver was a trumpet player. It was only later that evening at a jam session when Gillespie found out. "I was backstage there, warming up a little bit when Dizzy arrived," Sandoval continues, "he said, 'What the hell is my driver doing with the trumpet!'"

And how did Gillespie help Sandoval defect?

Well, Cuban authorities caught wind that something was brewing while Sandoval was on a world tour with Gillespie. The authorities first wanted to find Sandoval's wife and son, who were hiding outside London.

Sandoval had a brief, tearful conversation with his wife. He knew he had to act quickly. It was time for him to ask for the great Gillespie's help.

US embassies scrambled to get the musician and his family safe in Europe. Eventually, Sandoval and his family made it to New York — and a new life. (Here's more on that amazing story, and what Sandoval called, "The happiest day in my life.")