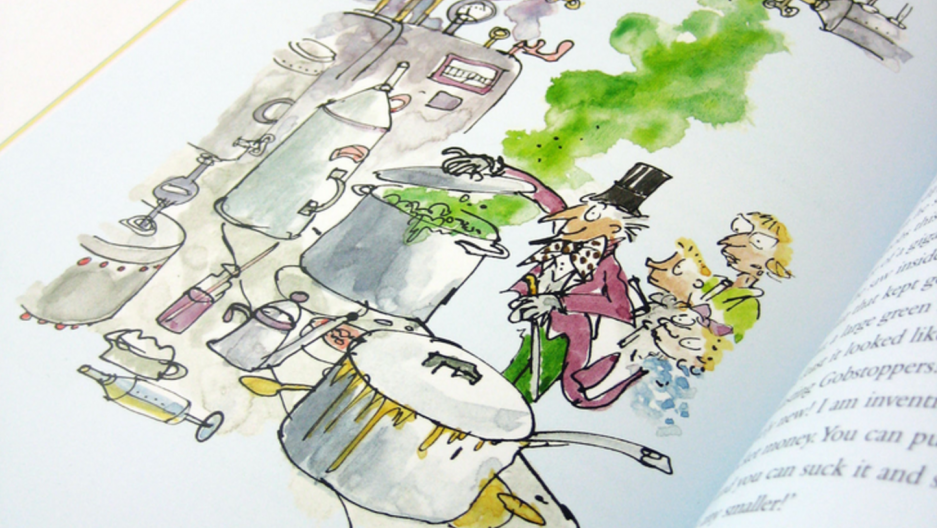 'Charlie and the Chocolate Factory' by Roald Dahl, featuring illustrations from Quentin Blake

Do you know the difference between a Phizzwizzard and a Trogglehumper?

Do you know what a Quogwinkle is?

If not, you might want to try looking up some of these words in a dictionary.

But chances are you won’t find them in any ordinary dictionary. You’ll need the "Oxford Roald Dahl Dictionary," which is being released later this year to celebrate the centenary of Dahl’s birth.

The dictionary will contain 8,000 words — over 500 of which were invented by Dahl himself. The rest of the words are used in his novels, often in an unusual or distinctive way.

“In an ordinary children’s dictionary, we would just tell you that a glove is something that you put on your hands to keep you warm and protect you,” said Dr. Susan Rennie, a lexicographer from the University of Glasgow, who has put the dictionary together.

“But in the Dahl dictionary a glove has a different significance. In Dahl’s world, gloves are things that witches use to disguise their claws. So that’s how we describe them.” 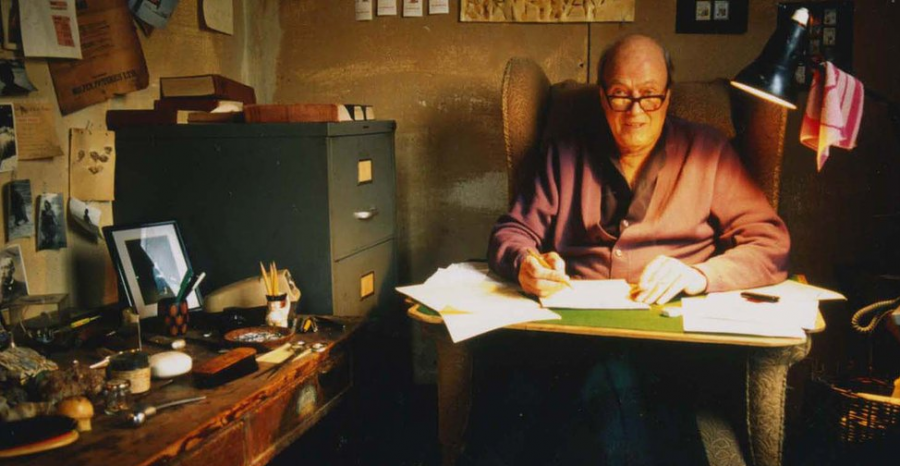 Dahl, who wrote children's classics such as "Charlie and the Chocolate Factory," "Matilda" and "The BFG," is famous for using inventive and unusual language as a method of keeping children engaged in books. He called his own made up words "gobblefunk."

He once said: “I only write really what I think is funny. One is an entertainer.”

But according to Rennie, there was more to Dahl’s use of language than making people laugh.

“There’s certainly an entertainment value to Dahl’s work, but he knew how much children themselves love playing with and being creative with language. We can see through research I have done … that children are inspired by Dahl’s voice," she says. "They go on to create their own words in similar ways.”

“But there’s also a wider theme in Dahl’s work of exploring language itself, and language use. The giants in 'The BFG,' for example, speak their own dialect. It has its own grammar. He was certainly interested in variations in language.”

After working on the dictionary for five years and reading through all of Dahl’s work, Rennie says it is difficult to choose a favorite word.

“Some of my favorite entries in the dictionary are actually from some of the more prosaic words,” said Rennie. “We were able to play with the definitions and do interesting things with them.”

But if she had to choose one?

“I love Zozimus. It’s the stuff that dreams are made of.”

Here’s a list of all of the gobblefunk words used in this article and the accompanying radio piece above, along with their official dictionary definitions:

Gobblefunk- “If you gobblefunk with words, you play around with them and invent new words or meanings.”

Oompa-Loompa – "Oompa-Loompas are people originally from Loompaland who work in Willy Wonka’s chocolate factory in exchange for chocolate, which is their favourite food.”

Quogwinkle –  “A quogwinkle is a creature from outer space. Quogwinkles make regular visits to Giant Country and can communicate with the BFG.”

Snozzberry – “A type of berry you can eat."

Snozzcumber – “A snozzcumber is a knobbly vegetable like an enormous cucumber with black and white stripes which grows in Giant Country. Snozzcumbers taste disgusting but they are all the BFG has to eat, as he refuses to hunt human beans like other giants.”

Snozzwanger – "A snozzwanger is a deadly three-footed creature that lives in Loompaland and preys on Oompa-Loompas. All three of a snozzwanger’s feet are needed to make Wonka-Vite."

Trogglehumper – “A trogglehumper is one of the very worst nightmares you can have. It is the opposite of a golden phizzwizard.”

Zozimus – “Zozimus is what dreams are made of. The BFG whisks zozimus with an egg-beater until it forms bubbles just like soapy water.”